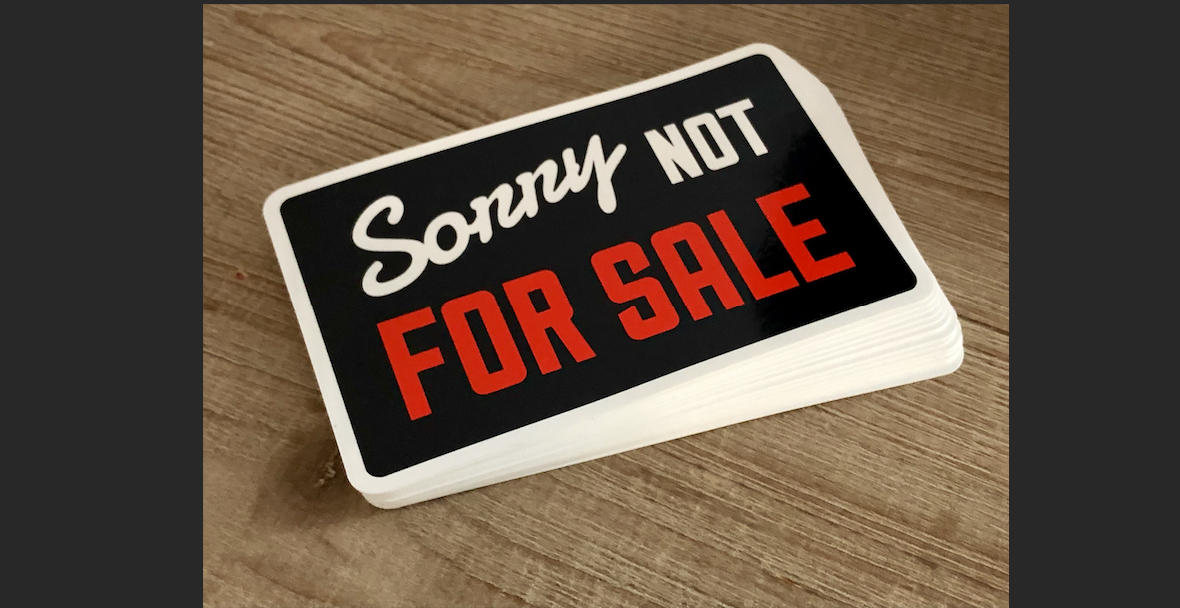 Gab Is Not For Sale

There were two big announcements in the alternative technology space this week that solidified Gab’s place in the market as a multi-billion dollar business.

It’s being reported that the gang of grifters around former President Trump are looking to raise $1 billion dollars from a bunch of satanic hedge funds for a project that failed to even launch into beta testing as promised in November and was hacked within hours of being announced.

This is a project with currently no public product, no users, and no revenue that is now worth $4 billion dollars “just because.” Perhaps their business model will involve selling covid vaccines to kids or something, who knows.

The stock is currently trading on pure speculation. The vast majority of that trading is coming from President Trump’s main street supporters, the good and decent hardworking Americans who are buying the stock in anticipation of it going even higher if and when a service ever actually launches.

I truly hope and pray that the Wall Street short sellers and hedge funds don’t screw these good people over like they always do, but it appears that Trump Media itself is already doing so with this new billion dollar deal which is reportedly going to massively dilute existing investors. The SEC is now investigating.

Trump Media is now looking to secure a so-called private investment in public equity (PIPE) that would value Digital World shares closer to their recent price, currently hovering around $40, the sources said. It is a departure from most PIPE deals, which are typically done at $10 per share, and would result in a much greater dilution of existing Digital World investors.

Let’s Get Ready To Rumble

The second big alternative tech grift story of the week comes from the anti-free speech Canadian video company Rumble, which is raising $400 million in a SPAC deal similar to the one that the grifters around President Trump put together a few weeks ago before their latest billion dollar hedge fund grift.

We already know from pervious reporting that Rumble changed their terms of service the day Trump joined the platform to ban “hate speech” and “anti-semitism.” In other words, their terms of service now not only mirror that of Big Tech platforms, but take it one step further by explicitly banning “anti-semitism” which means any criticism, humor, mockery, or critique of Jews and Israel.

Needless to say all of this market activity is great for Gab, the leading alternative technology platform and the only true free speech platform on the internet. Based on Truth Social’s market cap (no product, no users, no revenue) and Rumble’s market cap, Gab is now easily a multi-billion dollar company. Unlike both of these projects however; Gab remains the one place on the internet where first amendment-protected political speech is not only protected, it’s encouraged.

For those of you who have been following along: Gab refused to entertain the censorship demands from Trump’s team earlier this year. We also refused to sell any part of Gab or access to Gab’s data to Trump’s team.

Torba said Kushner and his cronies tried to get Torba to “sell out” and “compromise on Gab’s free speech policies,” suggesting that Gab “clean up [their] image,” before President Trump was allowed on. Witzke queried Torba into exactly what people Kushner wanted banned, and Torba revealed that he “specifically had problems with people criticizing Jewish people and Zionism and policies related to Israel”:

Defending free speech at all costs, even at the cost of Trump joining Gab, is why Gab is the number one alternative technology platform on the internet and growing fast. While we have specialized in free speech for five years now, free markets inevitably develop anywhere that free speech is protected. That’s exactly what is happening on Gab right now with our vision for a Parallel Christian Economy.

Our advertising service is currently exploding in growth and thousands of businesses are joining the Parallel Economy on Gab. Our community is thriving and our vision is expanding to include the peaceful noncompliance and exit from the Oligarch systems of control over our lives. We are building something real, something authentic, something important. We’re not out to make a quick buck on Wall Street. We’re here change the world and bring glory to God.

Gab could very easily do exactly what Trump and Rumble are doing and go to Wall Street and raise billions. Many of the same investment bankers, venture capitalists, and hedge funds who are working with Truth Social and Rumble have already gotten wind of Gab’s recent growth and have been reaching out to us in droves. We politely reply telling them to go pound sand. I have no interest in dealing with these people or taking their money because when you raise billions from the Beast, the Beast owns and controls you for life. I am a free man and I intend to keep it that way.

Gab is the only platform on the internet where true free speech lives and no amount of money is worth giving that up. God has always provided more than enough for us to meet our needs and continue to grow. I have faith that He will continue to do so without the need for Wall Street blood money.

Money isn’t interesting to me, free speech is.

This isn’t about money, it’s about the future for my children and yours.

It’s about reclaiming our country and protecting our home.

Most importantly it’s about the ability for Christians to authentically practice our faith in Jesus Christ without being attacked, smeared, censored, and systematically destroyed for doing so.

That all starts and is only made possible by protecting free speech for everyone.

All the money in the world won’t inspire people. It won’t create something worth fighting for. It won’t innovate. It will make a lot of grifters and hedge funds very rich, but it won’t make a dent in the very real problems facing our society.

Gab is not for sale.