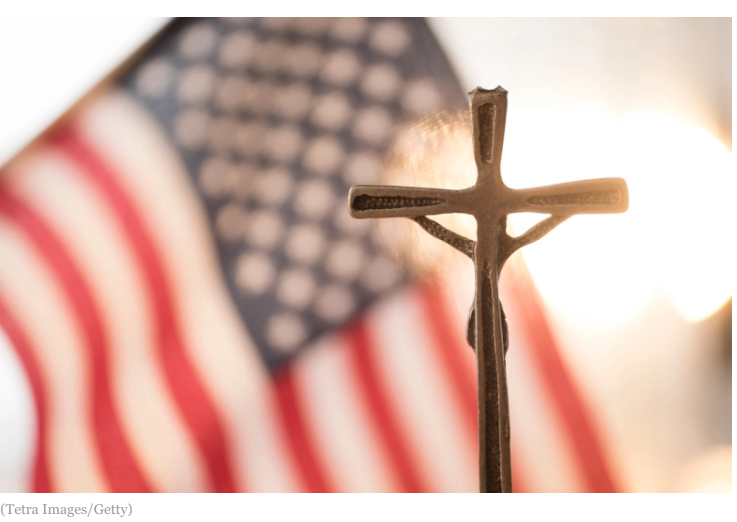 All Politics is Identity Politics

“In coping with identity crisis,” Samuel Huntington wrote in Clash of Civilizations, “what counts for people are blood and belief, faith and family. People will rally to those with similar ancestry, religion, language, values, and institutions and distance themselves from those with different ones. … In a very fluid world, people are looking for roots and connections to defend themselves against the unknown.”

At root, politics is about identity, not ideas — and demography is destiny. Transform the make-up of a people and you transform their politics. The ideological politics of the post-WWII period was an aberration and rested upon a largely homogeneous racial and cultural foundation.  Spurred by the forces of modernization and dislocation, politics is being reconfigured.

In a multicultural social order, politics is a form of ethnic and religious warfare. Conservatives must begin crafting public policies that unapologetically strengthen their constituencies and weaken their enemies. But that first requires identifying allies and co-belligerents and separating them from adversaries.

“Red State” and “Blue State” America are increasingly two different nations divided along racial, ethnic, and religious grounds.  The strongest GOP constituencies include Mormons, White Evangelicals, White working-class men, and older Americans.  Democrats are, as Steve Sailer has said, a coalition of the fringes: Blacks, Asians, Hispanics, Jews, single women, “secularists,” and Millennials. Homosexuals, “transgenders” and other pro-pedophile apologists are part of the fringes, too.

Consider these data: 84 percent of Blacks, 63 percent of Hispanics, and 65 percent of Asians identify with the Democratic Party. Sixty-eight percent of Jews and 68 percent of religiously unaffiliated voters also lean Democratic.  Meanwhile, the GOP is now the party of whites and Christians.

White Catholics are also drifting toward the GOP. Once a solidly Democrat constituency, Republicans have been gaining with this group since 2008. Trump gained about 2 points in 2020, despite Biden’s “Catholic” bona fides.

Similar data emerge from surveys about the size, scope, and role of government.  Pew Research reports that 55% of Whites polled believe in a smaller government that provides fewer services.  That contrasts with just 27 percent of Blacks, 36 percent of Asians, and 33 percent of Latinos.

Marriage and family also affect elections. As far back as the early 2000s, Steve Sailer showed that states with the highest White fertility rate voted for George W. Bush.  In a fascinating 2020 election post-mortem, lefty political analyst David Shor argued that delayed marriage and childbearing have given Democrats an electoral advantage.

In 2020, marriage rates were one of the sharpest dividing lines between areas that voted for Trump and those that went to Biden.  Exit polling data suggest that Donald Trump gained ground among married women in 2020.  In 2016, Hillary Clinton won 49 percent of the votes from married women compared to Trump’s 47%.  But in 2020, Trump won a majority of married women, 52 percent to Biden’s 47.

Lyman Stone, a Research Fellow at the Institute for Family Studies, showed another facet of this story: Families and communities with more children tend red.  “Trump did better in counties with higher birth rates,” writes Stone, “and the difference is fairly large, with the most pro-Biden counties having total fertility rates almost 25% lower than the most pro-Trump counties.”

The lessons are many. First, whether we admit it, politics is tribal, grounded in a series of identities and relationships.  Politics IS “identity politics” and political success is predicated on solidifying in-group dynamics and sowing seeds of division on the other side.  Leftist politics are anti-White and anti-Christian because those forces unite a coalition of groups that would otherwise be at one another’s throats.

Second, the dissident right must do more than merely making memes.  It must patiently set out to build institutions that build and shape culture. But it is also necessary to use what power conservatives have to devise policies that stop the demographic transformation of the nation and encourage family formation and fertility, particularly among its voting blocs.

In the introduction to Who Is My Neighbor, we argued that family (marriage and child-rearing), healthy patriotism, and belief in God are strongly connected.  Parents are more religious, patriotic, traditional, and conservative than non-parents.  Conversely, having fewer children correlates with unbelief and a diminution of national sentiment. Are there “conservatives” outside of Hungary talking about the nuts-and-bolts of abetting family formation?

In both cases, such policies provide support to leftist constituencies.  It’s past time for conservatives to provide real and workable proposals to curtail immigration, restore supply chains, control financial speculation, support blue-collar workers, and assist families. It’s not just in the national interest but in our political interest to do so.

Darrell Dow is the author, with Thomas Achord of “Who Is My Neighbor: An Anthology In Natural Relations.”  His work has appeared in Chronicles, American Greatness, Antiwar.com, and American Remnant where a version of this article first appeared. He is active on Gab under the handle Churchy McFeelz.