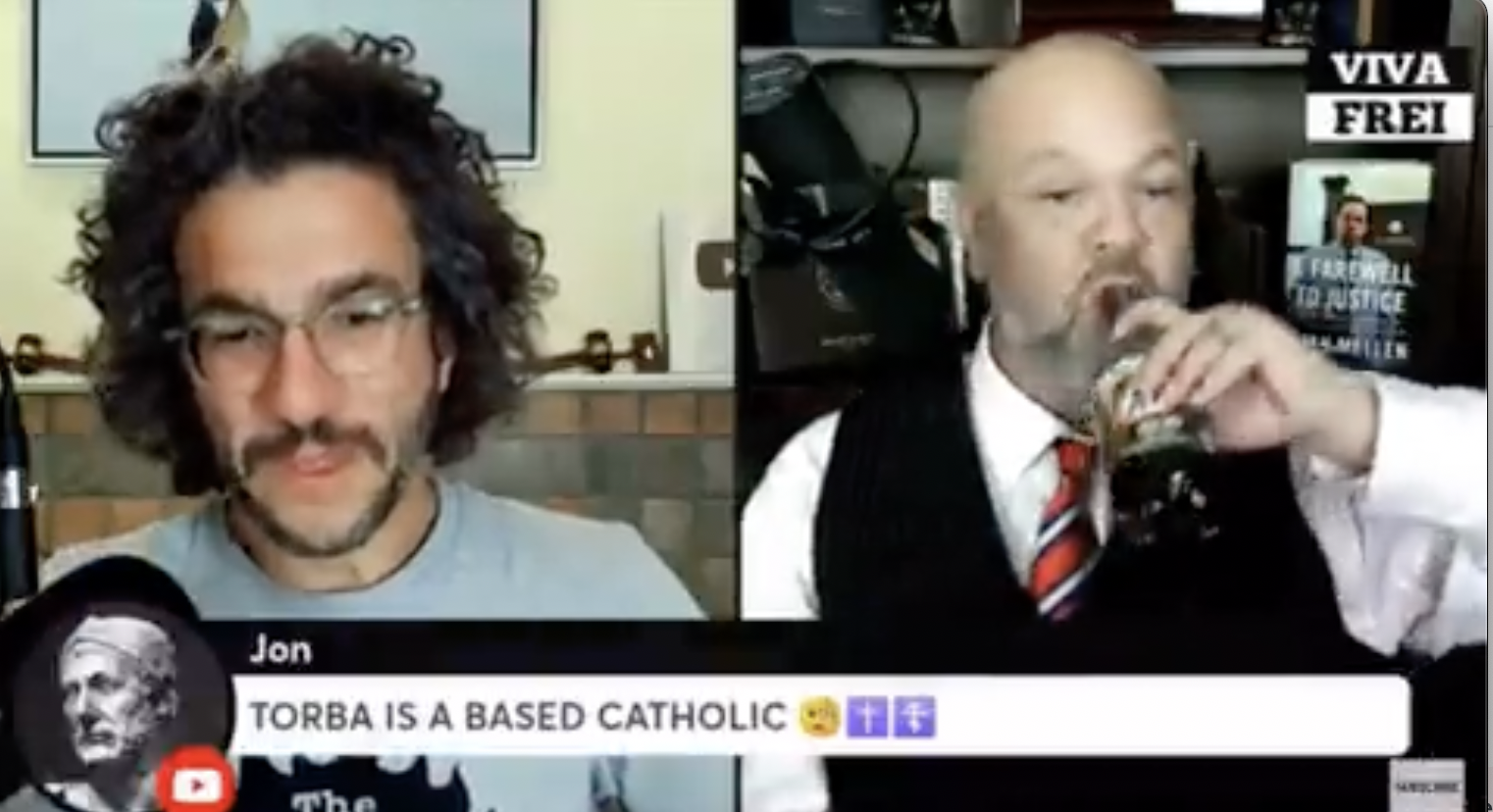 The “alt tech” video platform Rumble sold out. The Canadian company announced earlier this year that they are doing a $2.1b SPAC deal and suddenly a few months later they are changing their Terms of Service to ban “hate speech.” This is a massive bait and switch on millions of conservatives who are fed up with Big Tech’s censorship of things like “hate speech” on platforms like YouTube, Facebook, and Twitter.

Rumble was supposed to be offering an alternative to that. One that protects free speech or does things differently. It turns out the only thing Rumble is protecting is the gatekeeping grifters on the right who control the narrative on behalf of the American Regime. Dissidents, Christians, and “haters” are not allowed and will be treated just as they are treated on Big Tech platforms.

I tried to warn people that this was coming when Rumble abruptly changed their Terms of Service to add a special provision protecting Jews and Israel from criticism on the very day that Donald Trump joined their platform last year.

It also states that “Content or material that is grossly offensive to the online community, including but not limited to, racism, anti-semitism and hatred” is not allowed.

That’s lawyer speak for “no hate speech.” This clause looks no different than Facebook, Twitter, or YouTube’s hate speech guidelines. So if the entire point of Rumble is to be a viable alternative to YouTube that allows people to speak freely, what’s the point if they have the same exact “hate speech” clause as the Big Tech platforms?

The point is to distract people on the right from actual free speech alternatives like Gab, Bitchute, and Odysee. The Establishment moneychangers and gatekeepers have seen the massive momentum of the true free speech platforms and they are doing what they do best: subverting authentic grassroots movements for their own profit and control. They don’t and can’t control Gab, Bitchute, or Odysee so they must attempt to subvert us instead.

Rumble’s new Terms of Service were co-written by little known lawyer Robert Barnes who—get this—built his personal brand and law firm around “defending free speech.” He’s been a frequent guest on Infowars and other right-adjacent media platforms touting his “defense of free speech” for years.

When he’s not sitting on Twitter all day or engaging in three hour livesteams he apparently has enough time left in the day to practice law. On his law firm website he has an entire page dedicated to free speech where he doesn’t mention “hate speech” at all. The page reads “Protecting dissenting opinions and ideas about the political system is exactly what the framers of the Constitution wrote the First Amendment to protect.”

That is unless those dissenting opinions and ideas hurt Robert’s feelings.

Robert has a history of suddenly forgetting about his free speech stance whenever anyone online criticizes Jews or Israel. Take for example when he debated Nick Fuentes–someone half his age–last year on the topic of Israel live on Infowars. The viewing audience who called in after overwhelmingly stated that Fuentes won the debate. This caused Barnes to go into a fit of emotional rage on Twitter where he began baselessly attacking Mr. Fuentes because he made a fool out of him in the debate.

Similar to Ben Shapiro—and many other “conservatives” who claim to support free speech for everyone—that free speech principle quickly disappears if you dare say things like “hey maybe we shouldn’t be sending billions and billions of dollars to Israel when our country is falling apart.”

Do that and you’ll quickly see these types spiral into a fit of emotional rage and suddenly they are doing things that are anti-free speech like writing “hate speech” clauses for legal clients.

The right is just as guilty and hypocritical as the left with their anti-free speech stance when it comes to these topics. Supporting free speech for everyone means supporting the free speech rights of people you don’t like as well as ideas and opinions you disagree with.

People like Robert Barnes say they support free speech, but their actions prove that they don’t. If he did he wouldn’t be writing “hate speech” clauses for “free speech” platforms.

Another case in point is Mr. Barnes’ baseless attack on myself and Gab this week for the crime of naming him for writing Rumble’s new hate speech TOS. “Gab will deservedly never be taken seriously because it’s CEO wants it to be a safe space for perverts, jew haters, and grifters. Most Americans want nothing to do with that” he tweeted.

This emotional outburst of projection is bizarre for a lot of reasons.

There are certainly “haters” of all colors and creeds on Gab, just as there are on the rest of the internet. It’s not illegal to “hate” and it’s certainly protected by the First Amendment. As a lawyer who allegedly specializes in free speech, Barnes knows this—but once again his actions prove it’s not an actual principle he holds.

Finally the “grifter” claim is rich, considering that Barnes is very clearly grifting by pretending to support free speech while taking actions as a lawyer for clients that proves he does not.

Mr. Barnes continued his baseless attacks on both myself and Gab on several livestreams over the past few days. As he oddly sucks on an unlit cigar for hours on camera in between his bursts into fits of emotional rage he attempts to distract his audience from the facts: Rumble now has “hate speech” clauses in their Terms of Service, Mr. Barnes co-wrote them, and Rumble is now no different than YouTube, Facebook, or Twitter except in that the platform is much smaller and has a horrific user interface.

I will be praying for Mr. Barnes, but I will also continue to expose the hypocrisy of people—and platforms—like him and Rumble who claim to support free speech while pulling a bait and switch when it comes to speech they—or their handlers—don’t like.