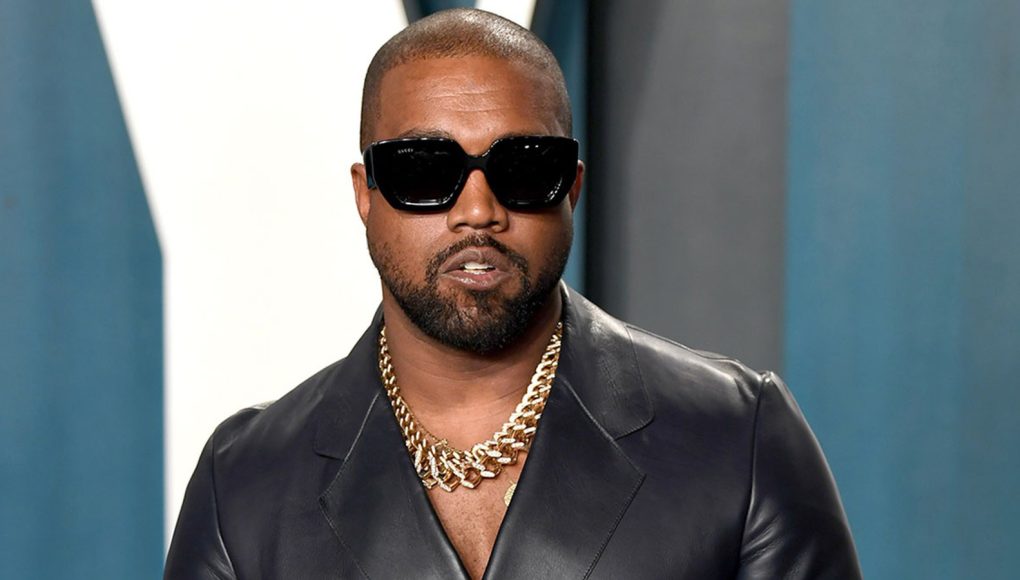 Ye — the Prophet of Christian Nationalism?

Historically, the prophets and great saints presented an ultimatum to world leaders. Recently, Ye sat with Donald Trump and offered him the same ultimatum.

This blog originally published on Arktos.com on December 1st, 2022.

In the book of Exodus, Moses is called by God to go down and speak to Pharaoh, to command that his people be freed from the oppressive yoke of Egypt. Free to do what? Free to leave and to have their own country, reflecting their own religion and values.

“And the Lord said to him: I have seen the affliction of my people in Egypt, and I have heard their cry because of the rigour of them that are over the works;

And knowing their sorrow, I am come down to deliver them out of the hands of the Egyptians, and to bring them out of that land into a good and spacious land, into a land that floweth with milk and honey…

For the cry of the children of Israel is come unto me: and I have seen their affliction, wherewith they are oppressed by the Egyptians.”

Throughout the Bible, God has chosen a Joseph or a Daniel to come before the great political leaders and present them with his ultimatum. In Christian history, the same can be said of the great saints. St Catherine of Alexandria confronted Roman Emperor Maxentius and after the conversion of Constantine came the European civilisation of Latin Christendom. In those days, kings answered to God in this life and the next. Saint King Louis IX of France is a great example.

Indeed, Holy Roman Emperor Henry IV famously travelled the Road to Canossa, through the Alps, in mid-Winter, finally kneeling in repentance for three days and three nights at the Pope’s gates in a blizzard. He appealed to Pope Hildebrand to lift his excommunication for political corruption. The sin of simony was the buying up of bishoprics and other powerful positions in the Church for family members. Henry had failed to adhere to the Gregorian Reforms. Now, we live in times which the Bible would describe as dark, when everyone does what seems right in their own eyes and when our enemies, with foreign and antagonistic beliefs, rule over us. But, it seems that the hand of providence is at work again and that a reform may be taking place in our time.

It started with Kanye ‘Ye’ West posing with a ‘White Lives Matter’ top. Thereafter, Ye refused to yield to the countless media attacks against him, no matter how personal and no matter how threatening. Very rapidly, through the month of November 2022, we have seen Ye declare that he has had enough and, in short, that he is willing to run in the 2024 US presidential race to truly drain the political swamp of anti-Christian forces. Returning to Twitter on the 20th of November, Ye has since posted clips in which he condemns the sinfully permissive laws in the US, from pornography to corrupt business practices, particularly in the entertainment industry. Most notably, Ye wants Christians, sincere Christians, to dominate at least the legislature and the executive powers of the US. ‘God first’ is his chief policy, but the reform he has in mind is an overall cultural shift.

Is this all eccentric whimsy? Ye seems serious. Is he serious about winning or is he forcing Donald Trump into a more radical platform with the threat of a protest vote? Right now, we aren’t 100% certain that Ye will run. For sure, he has surrounded himself with reactionary figures who share his aims for America. Together with the political firebrands Milo Yiannopoulos and Nicholas J. Fuentes, Ye sat down with Trump for dinner in his Mar-a-Lago estate. These are not just three Christian figures, they are now three of the most cancelled men in America. They came to President Trump, who has definitely thrown his hat into the 2024 race, not to feebly petition the end of cancel culture, but to challenge him. They demanded that he truly drain the swamp and revolutionise the entire political system in the US for the good of the American people and their Christian values. Ye surprised Trump by inviting him to be his running mate in 2024 to accomplish this.

Reflecting on his so-called ‘Mar-a-Lago Debrief’ with Milo, Ye summarised the ultimatum that he presented to Trump: ‘Since we know and all the Christians in America that love Trump know that Trump is a conservative, we are going to demand that you hold all policies directly to the Bible.’ Fuentes, present at Trump’s dinner table, had been to the various ‘Stop the Steal’ rallies throughout America to protest the perceived stealing of the 2020 election away from a Trump victory; the main chant at those events was ‘Christ is King’, agreeing entirely with Ye’s sentiments and indeed those of the growing Christian nationalist movement in the US. Fuentes often wore a bulletproof vest to the above rallies. Dining with Trump was a figure prepared to die for him, one representing the various January 6th protesters and Trump-loyalist Christians. The line in the sand has been drawn very clearly: Trump either sides with the loyal base of Christian nationalists or sides with the currently corrupt powers that be, i.e. the enemies of the Christian spirit of the American people.

The Rise of Christian Nationalism

It seems too surreal – the most cancelled men in America were invited by the richest black man in American history, Ye, to dine with President Trump and be God’s own spokesmen. Just as the prophet Daniel was able to read the writing on the wall for Babylonian King Belshazzar, Ye’s ultimatum to Trump is likewise a momentous event in Christian history.

This is no exaggeration. Christian nationalism is indeed on the rise in America and so Trump should beware lest he also be found wanting. Stephen Wolfe’s Case for Christian Nationalism and Gab founder Andrew Torba’s Christian Nationalism have both been selling very well. Many Americans realise that the pluralism and secularism of liberal modernity cannot sustain a Christian polity. A shared mythos and a shared religion are necessary for shared values, not least of all our definition of justice; this was the main argument of my own Arktos book, The Uniqueness of Western Law, primarily aimed at libertarians.

‘Libertarianism’, i.e. laissez-faire liberalism, which celebrates big business, small government and ‘each to their own’ individualism, became synonymous with the right wing in the US during the Cold War. These became the values that distinguished America and the West from Communism in the East, culminating in the presidency of Ronald Reagan. The red elephant in the room for Republicans is that US institutions, not least of all their political institutions, were left vulnerable for decades under neo-liberalism and neo-conservatism. Now they aren’t just prey to those with values antithetical to Christian America, they are tightly controlled by those who hate the people and the spirit of the US.

Seeing as Milo and Fuentes are Catholic, be sure that the liberal Catholic hierarchy will lash out against Ye’s integralist message. They will likely double down on the secular turn of the Vatican since the 1960s. Following Anglo-liberalism’s WWII victory in Western Europe, the Second Vatican Council Church has pursued a submissiveness to global liberal hegemony. However, this has never been the position of the Church. I have written elsewhere on the encouragement of nationalism and patriotism by the saints and doctors of the Church throughout her history, but a tremendous Arktos resource on this subject is Julien Langella’s Catholic and Identitarian. The ordinary teaching of traditional Christianity could not be clearer.

Trump is not a spiritual man, but he thrust himself unwittingly into the centre of the cosmic battle; Christian nationalists will see that God arranged for Trump to be sat with his messengers. I don’t think Trump fully understands the significance of the ultimatum Ye has presented to him. Nevertheless, his choice will affect the outcome of American and world history. Will his heart be hardened like Pharaoh’s or will he become a venerated Cyrus the Great?

What is sure is that Ye will lead his people and will not acquiesce. The public discourse on this matter is peak controversy; it cannot abide the current limitations of cancel culture. If God is with Ye, then nothing can stop him and ‘the red media’ will be parted like the Red Sea.

Richard Storey LL.M is an author and legal theorist with a particular interest in the medieval period. His writing spans law, history, theology, cultural criticism and even children’s books. He has conducted numerous interviews with prominent academics for his Youtube channel.