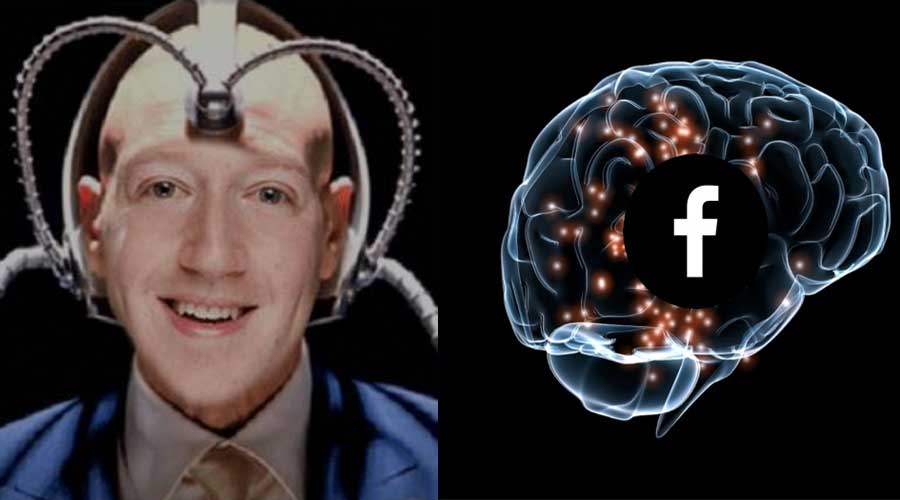 “What’s on your mind?” is about to take on a whole new meaning. Facebook has been making their first strides with mind reading technology, but with all of their current privacy concerns in the news users should really be taking a closer look at this technology before it gets officially unveiled for use. Actually, you have to be insane to think, pun intended, that this is a good idea. You’d have to chain me down and drug me to plant this stupid device in my brain.

Facebook has made headlines consistently this year and not for good reasons. In fact, since inception Facebook has been a privacy nightmare. Imagine Facebook having records of your every waking thought. The thought of it is horrifying. I believe this could cause a great alarm in current users who would not want their personal data being shared with the social giant which has proven over and over again that they can not be trusted.

In another exchange leaked to Silicon Alley Insider, Zuckerberg explained to a friend that his control of Facebook gave him access to any information he wanted on any Harvard student:
ZUCK: yea so if you ever need info about anyone at harvard
ZUCK: just ask
ZUCK: i have over 4000 emails, pictures, addresses, sns
FRIEND: what!? how’d you manage that one?
ZUCK: people just submitted it
ZUCK: i don’t know why
ZUCK: they “trust me”
ZUCK: dumb fucks

The way the technology is said to work is by using high density electrocorticography which would require sensors to be implanted in the brain in order for brain wave activity to be translated into written speech. In order to further develop this software the trials that have been underway have participants going through a listening process of pre set questions in which they answer out loud. With the data that was being recorded researchers are able to then train the software models used to predict what the answers would be to questions based on the brain signals collected.

The advancement of this technology can be helpful in some instances such as an individual who may have lost their ability to speak due to a serious injury, but there is still a lot of questions to what extent this data could be used for. Obviously Facebook wants to read your mind to sell ads. Not only would Facebook have what your current interests are by your likes they would now have your thoughts to possibly manipulate more ads you could see while on your timeline feed.

Beyond ads, the thought of having Facebook in my head 24/7 is not something I want to entertain. Facebook will of course try to frame this device as some social good for society, but inevitably it will be misused and abused as they have done with our data in the past.