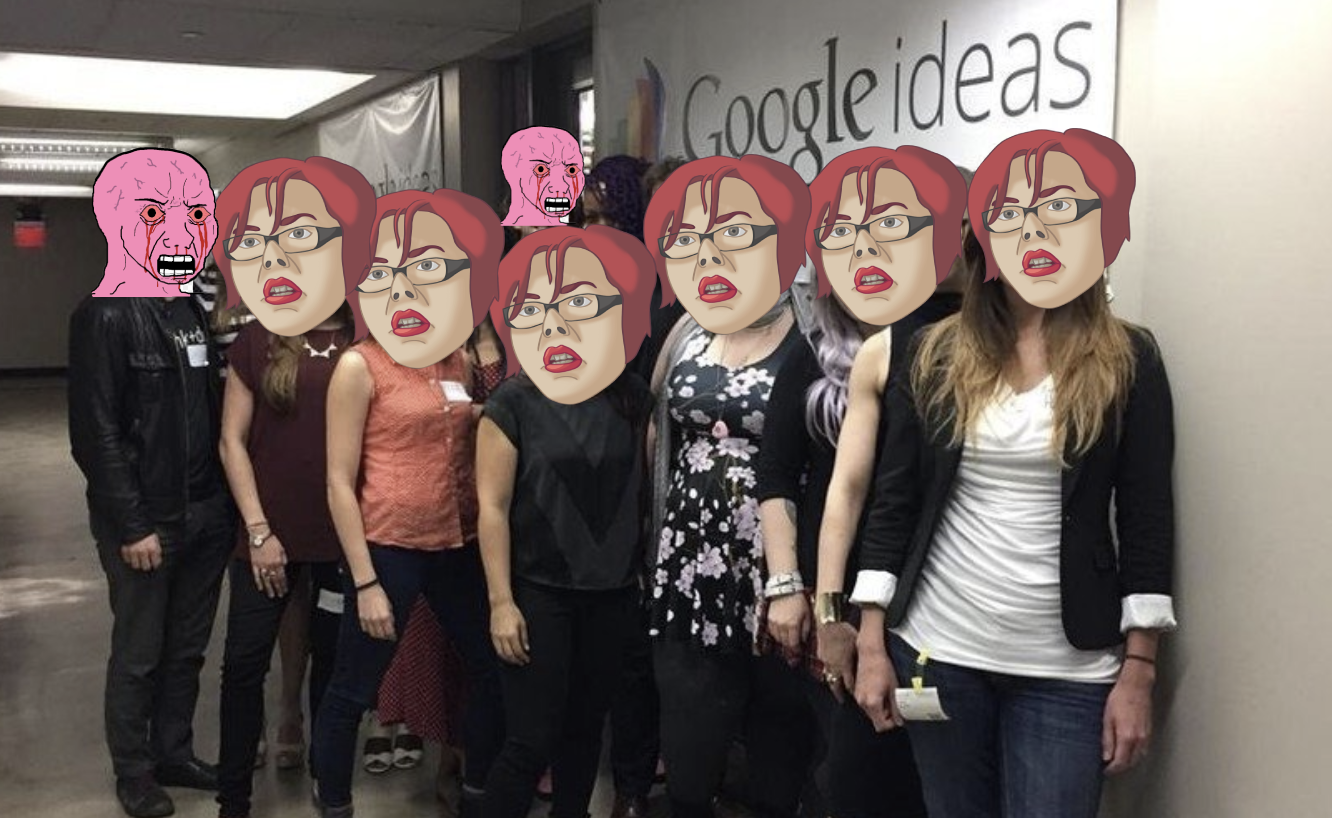 To all the world it looked as if Google—one of the most powerful, pro-immigrant, and ostensibly progressive corporations in the United States—was taking a unified stand. But that appearance of unanimity masked a welter of executive-level indecision and anxiety. It probably would have been more apt if Pichai had said that, over the previous 48 hours, he had been backed into a corner by thousands of his employees.

Apparently Sundar Pichai, the alleged CEO of Google, has no control over his own company. He too is privy to the social justice mob in his own quarters and appears to have no spine or leadership skills to take a stand for the uniquely American values that made Google as big as it is today.

The Trump administration was a jolt to all of Google, who was used to having an open door policy with the Obama administration to do their bidding. Contrast this with President Trump, who regularly criticizes Google for their anti-conservative bias, and well, problems are to be expected. Chaos ensued internally and the children began to cry.

It didn’t help that Eric Schmidt, then executive chairman of Google’s parent company, Alphabet, had been an adviser to Hillary Clinton’s campaign, or that some 90 percent of political donations by Google employees had gone to Democrats in 2016. Employees were “obligated to dissent” if they saw something they disagreed with, and they were encouraged to “bring their whole selves” to work rather than check their politics and personal lives at the door.

The central irony in Google’s alleged “free and open” workplace where employees are “obligated to dissent” is that only Approved Dissent™ is tolerated. If you’re a conservative at Google it’s like “being gay in the 1950’s” according to James Damore, who was fired from Google after making the controversial memo about biological sexes. Google is pro-science, as long as the science isn’t “hateful.”

The previous year, Google had become the first Silicon Valley giant to release data on the demographics of its workforce—and revealed that 82 percent of its technical workers were male. To many inside the IndustryInfo thread, the number constituted clear and galling evidence that Google had to change. When the conversation devolved into a brawl over the merits of diversity—one that Cernekee joined—a senior vice president at Google attempted to shut it down

Don’t you dare question the merits of diversity if you work at Google. Any conversation about hiring based on actual skill and merit is unacceptable to senior executives, who apparently shut down such blasphemy.

Cernekee proceeded to bombard the executive’s Google+ page with posts about his right to critique the pro-diversity “Social Justice political agenda.” “Can we add a clear statement of banned opinions to the employee handbook,” he wrote, “so that everybody knows what the ground rules are?” In response, Google HR issued Cernekee a written warning for “disrespectful, disruptive, disorderly, and insubordinate” comments.

If you refuse to shut up you’ll receive a nice warning from HR to stop dissenting the religion of progressivism. Cernekee went on to become one of the many “Google heretics” as Wired put it. He became a lesson to other Google employees: keep your mouth shut or the mob and HR will shut it for you.

So it is clear who is actually running one of the biggest companies in the world: a mob of crybabies who will report you to HR if you dare step out of line and have a common sense opinion about the world. A mob that overrules even the “CEO” to get their way, so they can force their backwards belief systems on the rest of us.