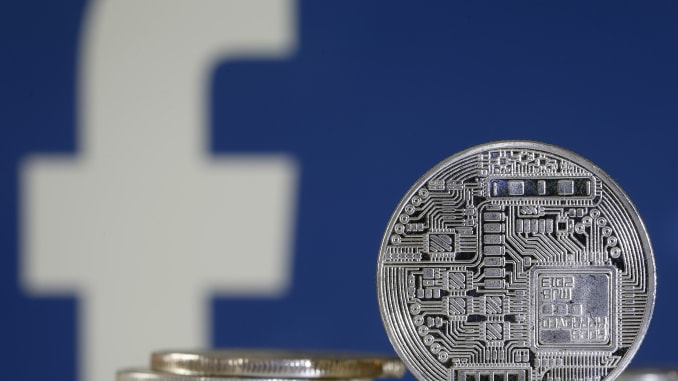 Two Libra founders told the Financial Times they were worried about the regulatory spotlight that the cryptocurrency was attracting. The newspaper also said at least three early backers privately discussed separating themselves from the operation.

The investors said they were concerned that the extra attention would put pressure on their other business ventures, the report said.In June, Facebook announced that it would launch a cryptocurrency run by the nonprofit Switzerland-based Libra Association in 2020.

The digital currency would not be controlled by Facebook, but rather run by stakeholders that include Uber, Mastercard, Stripe, Visa, PayPal and Spotify, according to the organization’s whitepaper.

The announcement from Facebook, which already has a tough track record with regulatory agencies about its privacy practices, caused an uproar from government officials in the U.S. and abroad.Libra faces a European Union antitrust investigation.

And in the U.S., Congress has heard testimony from Treasury Secretary Steven Mnuchin, who said he has worries about potential illicit use of Libra. Federal Reserve Chairman Jerome Powell also told Congress he has “serious concerns ” about Libra.Facebook declined to comment, and Libra could not be immediately reached for comment.