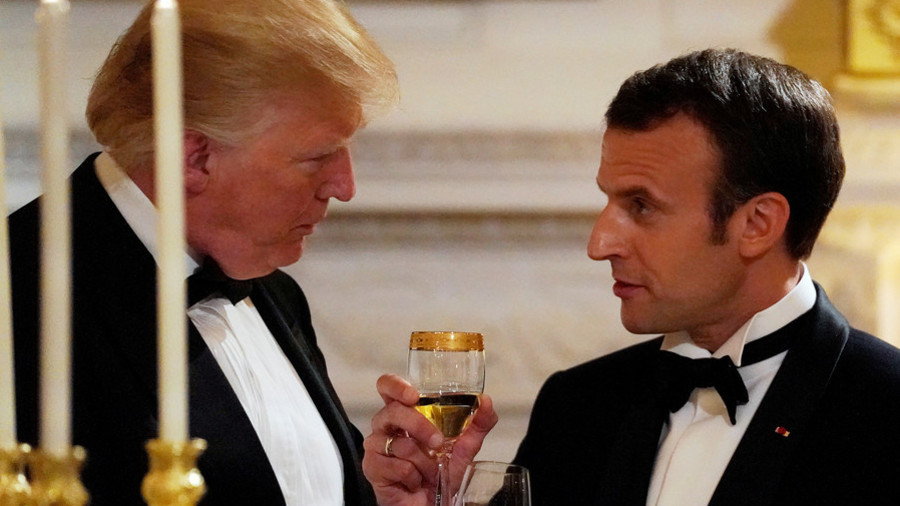 Macron says the U.S. did not join the dystopian charter against online hate speech

I’m feeling a deep sense of pride at the news that the United States of America is refusing to sign a “charter” against “hate speech” online proposed by the French. The “legal reasons” that French President Macron is citing below happens to be that pesky First Amendment.

Here in the United States of America we have a right that unfortunately the people of France and other G7 countries do not have: the freedom of expression. As European nations descend into dystopian censorship, let the history books show that the US rejected this nonsense. God Bless America.

The United States did not sign up to a charter against online hate speech at the G7 summit for legal reasons, French President Emmanuel Macron said on Monday after the end of the meeting.“We formalized an agreement for the first time with several Anglo-Saxon and European platforms and with support from nearly all (G7) countries,”

Macron told reporters after the summit, which was held in southwestern France.“We had a very good discussion with the United States, which for legal reasons was not able to formalize the agreement on this point,” Macron said, adding he was hopeful it could be done in the coming weeks.