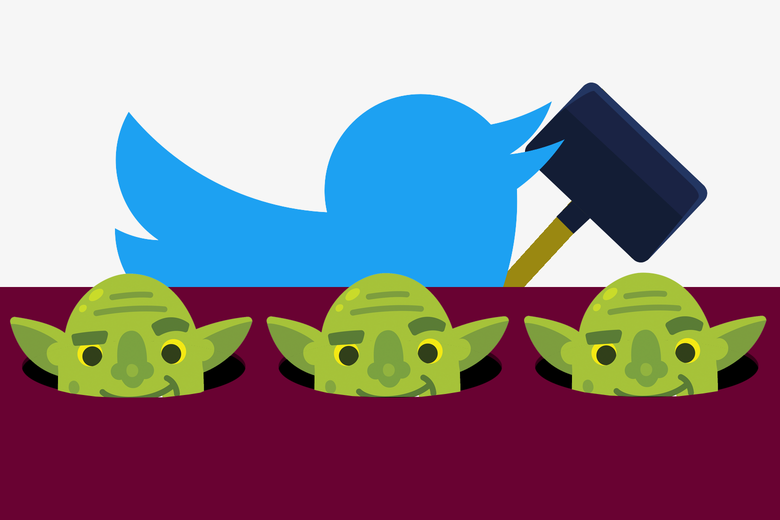 The block and mute button are wonderful tools for grown adults on the internet who understand individual responsibility. When someone makes meanie pants statements or starts “trolling” you the solution is real simple: block and mute.

There are even features like muted words where you can block out entire words you don’t want to see across the platform. Incredible stuff. For some though, including petty and insecure journalists, celebrities, and more, these tools aren’t enough. They want Big Brother Big Tech to take action against the “pathetic trolls” on their behalf, and Big Tech is happy to oblige.

We can’t have celebrities and journalists with hurt feelings, now can we?

London (AFP) – Twitter have reacted to calls for more to be done in preventing racist abuse of footballers on social media platforms by agreeing to meet with representatives of Manchester United they announced on Wednesday.United executives were keen for a meeting with Twitter after their French World Cup winning midfielder Paul Pogba was the victim of abuse following his penalty miss in Monday’s 1-1 draw with Wolverhampton Wanderers.

His team-mate Harry Maguire demanded that Twitter and Instagram be more proactive in stopping “pathetic trolls”. England women’s football manager Phil Neville said football players should boycott social media.Pogba was the third footballer to suffer racial abuse in a week for missing a penalty — the others being Chelsea striker Tammy Abraham and second tier side Reading’s Yakou Meite.”

Over the next few weeks, Twitter representatives will meet with Manchester United, Kick It Out (anti-discrimination organisation within football) and any other civil society stakeholders interested in hearing about the proactive work Twitter is doing to address online racist abuse towards certain footballers in the UK,” Twitter said in a statement.”

We have always maintained an open and healthy dialogue with our partners in this space, but we know we need to do more to protect our users. Racist behaviour has no place on our platform and we strongly condemn it.”

To this end, we look forward to working more closely with our partners to develop shared solutions together. In the meantime, for Twitter’s part, we will continue to proactively monitor the conversation, and take aggressive enforcement action when content violates our Rules.”

Twitter rules prohibit users from promoting violence against, threatening or harassing people on the basis of race, ethnicity or other protected groups.Since 2018, it has increased the number of accounts suspended for evading a previous ban on the service by 45% and tripled the number of accounts suspended within 24 hours after receiving a report.