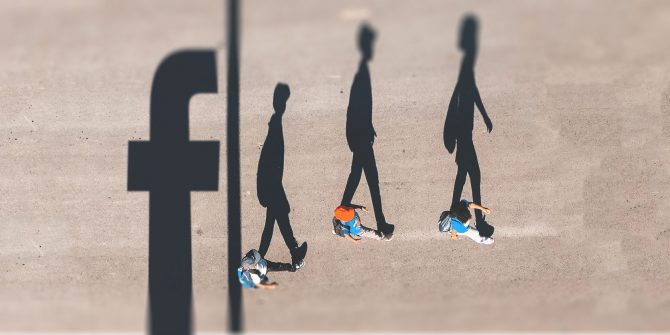 Facebook and Instagram are both testing the removal of like count totals so that WrongThink ideas aren’t viewed as popular. They claim the move is to prevent users from comparing themselves to others, but in reality they want to hide the fact that WrongThink is becoming more popular.

Like it or not, engagement metrics matter. They highlight the popularity of ideas and of content. Removing the ability to see this removes the social influence that social media has. Twitter is also experimenting with a similar move in reply threats, which would hide the engagement metrics on content. This is all about correcting the record and controlling the narrative online. If you control the influencers and their ability to influence others, you control the world.

Facebook  could soon start hiding the Like counter on News Feed posts to protect users’ from envy and dissuade them from self-censorship. Instagram is already testing this in 7 countries including Canada and Brazil, showing a post’s audience just a few names of mutual friends who’ve Liked it instead of the total number. The idea is to prevent users from destructively comparing themselves to others and possibly feeling inadequate if their posts don’t get as many Likes. It could also stop users from deleting posts they think aren’t getting enough Likes or not sharing in the first place.

Facebook prototypes hiding like counts [via Jane Manchun Wong]Reverse engineering master Jane Manchun Wong spotted Facebook prototyping the hidden Like counts in its Android app. When we asked Facebook, the company confirmed to TechCrunch that it’s considering testing removal of Like counts. However it’s not live for users yet. Facebook declined to share results from the Instagram Like hiding tests, its exact motives, or any schedule for starting testing. If it does decide to go ahead with a test, Facebook would likely do so gradually and pull back if it significantly hurts usage or ad revenue.

Still, the prototype might indicate positive results from hiding Like tallies in Instagram,  which we first reported in April after it was spotted by Wong there as well. After beginning testing in Canada later that month. Instagram added Brazil, Australia, New Zealand, Italy, Ireland, and Japan to the test in July. There, a post’s author can still see the Like total, but everyone else can’t. The expansion of that Instagram test and Facebook potentially trying it in its own app signals that it might have positive or negligible impacts on sharing while aiding mental health, or at least be worth a slight drop in engagement.

Facebook has gradually been relegated to the place for sharing showy life events like marriages or new jobs while Instagram and Snapchat take over for day-to-day sharing. The problem is that people have so many fewer of those big moments, and the large Like counts they attract can make other users self-conscious of their of own lives and content. That’s all problematic for Facebook’s ad views. Facebook wants to avoid scenarios such as “Look how many Likes they get. My life is lame in comparison” or “why even share if it’s not going to get as many Likes as her post and people will think I’m unpopular”.

Removing Like counts could put less pressure on users and encourage them to share more freely and frequently, as I wrote in 2017. It could also obscure Facebook’s own potential decline in popularity as users switch to other apps. Posts not getting as many Likes as they used to could hasten the exodus.