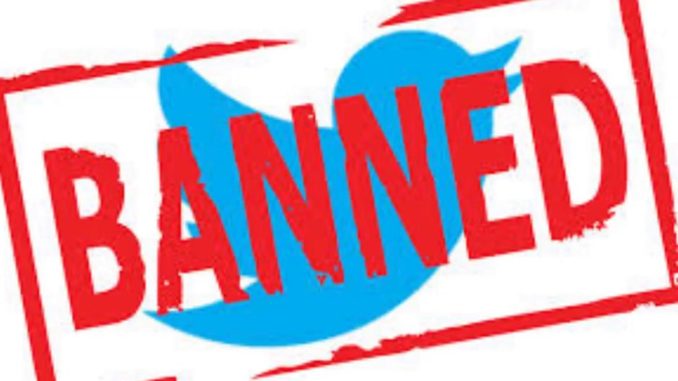 Twitter has been on a banning spree for the past few days suspending everyone from parody accounts, Cuban journalists, and conservative commentators. It’s not just conservatives being targeted though. A leftist account that had a comic book drawing punching a nazi as their cover photo was also banned.

This will only continue to get worse. At Gab we’ve been warning about Big Tech’s censorship and actively building alternative technology products that are open source and grounded in the freedom of speech. If you’re serious about protecting the content you’ve spent years creating on Big Tech platforms, it would be wise to start backing it up on Gab and building an audience.

Here’s what’s going to happen. You’re going to wake up one day and all of the tweets you ever posted will be gone. Your audience will be gone. You’ll wish you took 5 minutes to sign up for Gab, claim your username, and backup your content there once or twice a day. Don’t say you haven’t been warned.

We’ve been warning people for three years now. It’s only going to continue to get worse. We are here to help. We are here to defend free expression online against Silicon Valley tyranny. Our code is open source. Our company is funded by our users. Our community of over one million users is growing and we are releasing even more technology products to fight back against the Silicon Valley Sultans.

Below are just some of the bans that are being widely discussed. Who knows how many other smaller accounts were purged as part of this ban wave.