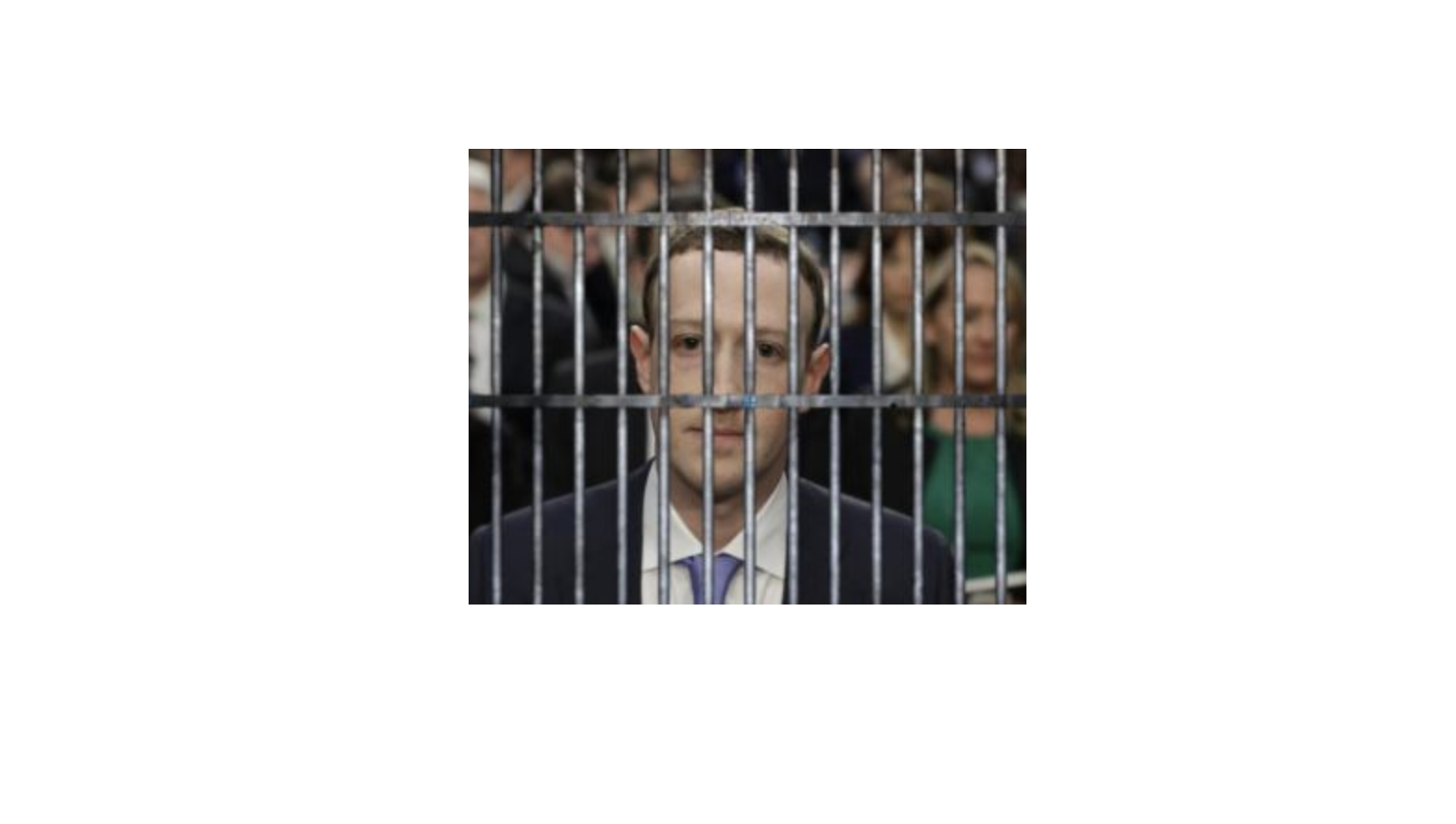 Zuck is getting thrown under the bus by a Democratic Senator from Oregon who suggested that he should face jail for Facebook’s privacy issues. The Senator cited precedent in the financial services business where CEO’s and executives can face jail if they lie about financials.

Although unlikely, it’s interesting to see both Democrats and Republicans going after Big Tech and Silicon Valley from many different angles. Perhaps this is one issue we can all unite around: Silicon Valley is the enemy of The People.

U.S Senator Ron Wyden (D-Oregon), in an interview with Willamette Week, suggested that Mark Zuckerberg should face a prison term for lying to American citizens about Facebook’s privacy lapses.

“Mark Zuckerberg has repeatedly lied to the American people about privacy,” Senator Wyden said in the interview. “I think he ought to be held personally accountable, which is everything from financial fines to — and let me underline this — the possibility of a prison term. Because he hurt a lot of people. And, by the way, there is a precedent for this: In financial services, if the CEO and the executives lie about the financials, they can be held personally accountable.”

An editor’s note from Willamette Week cited a professor from the University of Oregon, Tim Gleason, who said “the likelihood of criminal action is rather slim.” Zuckerberg has dodged shareholder questions about whether he would be willing to step down as Facebook CEO or chairman.

Senator Wyden introduced a bill in 2018, the Consumer Data Protection Act, that would give the FTC power to crack down harder on companies who violate consumer privacy. The bill says executives could face up to 20 years in prison and up to a $5 million personal fine.

In July, the U.S. Federal Trade Commission fined Facebook $5 billion, the largest ever imposed by the FTC against a tech company, after it started probing the company’s privacy practices in March 2018. The FTC focused on a massive data breach that gave Cambridge Analytics access to private data from 87 million Facebook users. Facebook, the FTC said, was supposed to tell users when their data was being used by third party firms.

The SEC also announced that Facebook will pay a $100 million fine for misleading investors about the risks it faced from the misuse of user data. “For more than two years, Facebook’s public disclosures presented the risk of misuse of user data as merely hypothetical when Facebook knew that a third-party developer had actually misused Facebook user data,” the SEC said in July.