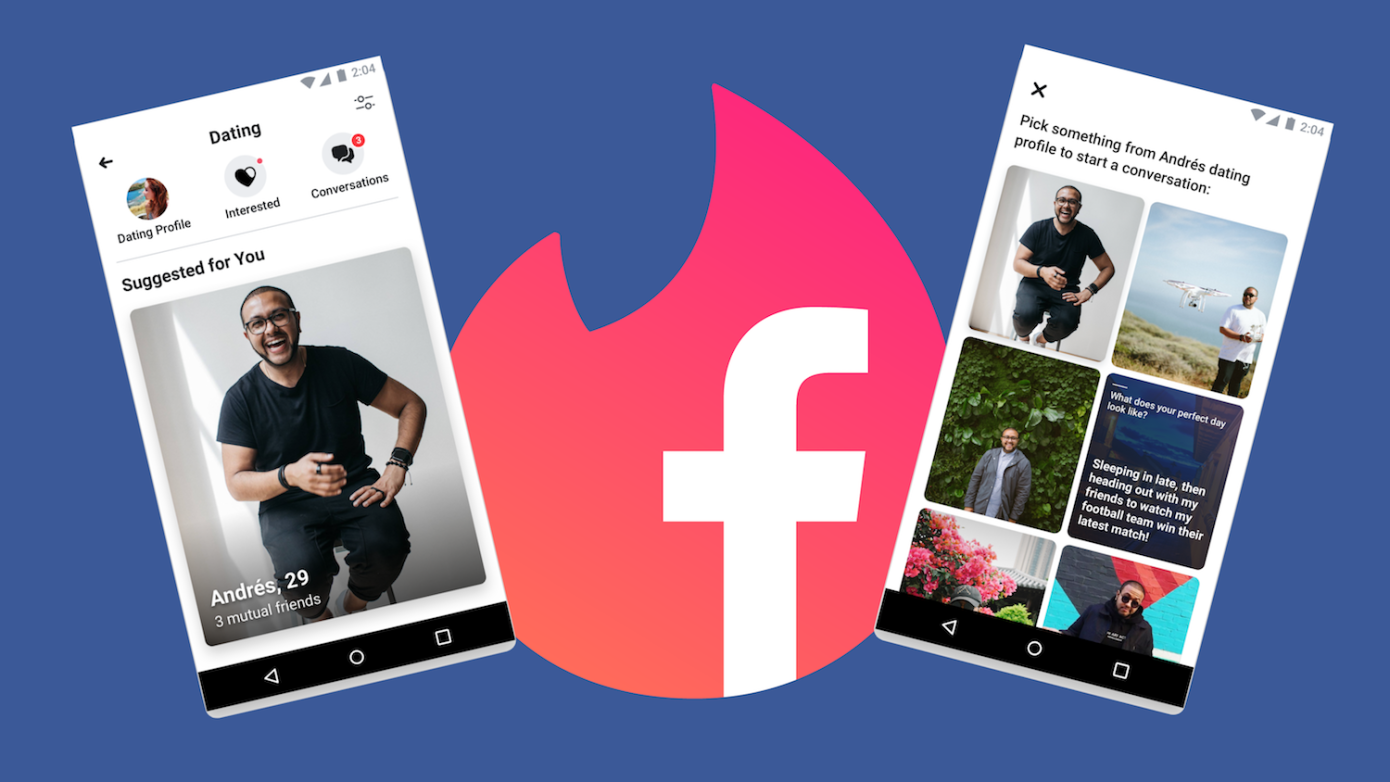 In a bid to continue staying relevant and collect more information about you Facebook is launching their dating product today. Facebook is about five years late to this game with Tinder, Bumble and others dominating the saturated market.

Nearly a year after it began testing in Colombia, Facebook Dating is now available in the United States. The product, which is available to users 18 and older, will appear as a new tab within the Facebook mobile app. People who opt in to Dating can create a profile that’s separate from their main Facebook profile with one tap and meet potential romantic partners among their friends of friends — or, if that makes you uncomfortable, completely outside of your existing friend network.

Facebook says it will suggest matches for you based on preferences you express when you create your profile, along with your interests and Facebook activity. The app, which borrows many design elements from the dating app Hinge, allows you to send a “like” and a corresponding message to any profile you encounter on the service.

You won’t see your Facebook friends in the app unless you use its “secret crush” feature, which lets you express interest in up to nine Facebook friends (or Instagram followers). If you both like each other, you’ll get a notification letting you know. (“Probably one of the best notifications of their life,” product manager Nathan Sharp told The Verge.)

Facebook Dating is free and contains no ads or in-app purchases.

“We didn’t want to include anything around swiping or games,” Sharp said. “Facebook Dating is about conversations.”

Dating is also integrated with Facebook groups and events. If people in a group you’re in have created Dating profiles or if they’re planning to attend the same Facebook events, they might show up in your matches.

With today’s launch — and an antitrust case against the company looming — Facebook is stepping up Dating’s integration with Instagram. As on Tinder and Hinge, you can now optionally add a module to your profile showing your recent Instagram photos. And in the coming months, Facebook says, you’ll be able to add ephemeral stories — both from Facebook and Instagram — to your profile as well. (Details about how that integration will look and feel aren’t ready to share, the company said.)

Facebook Dating also has a potentially powerful feature to protect users’ safety: you can tap a shield icon to share details of an upcoming date with a friend or family member using Facebook Messenger, as well as temporarily sharing your live location. That way, they’ll be able to keep tabs on you when you’re meeting a new person.

The product will come to Europe early next year, Facebook said.

Can Facebook Dating succeed? The company says its research shows that 40 percent of people are unsatisfied with their current dating app (seems low!), and the fact that Facebook has brought the product to 20 countries in under a year suggests that it has been popular with early users.

The company wouldn’t share any statistics, but it is aware of engagements and marriages that have taken place between people who met on the app, Sharp said.