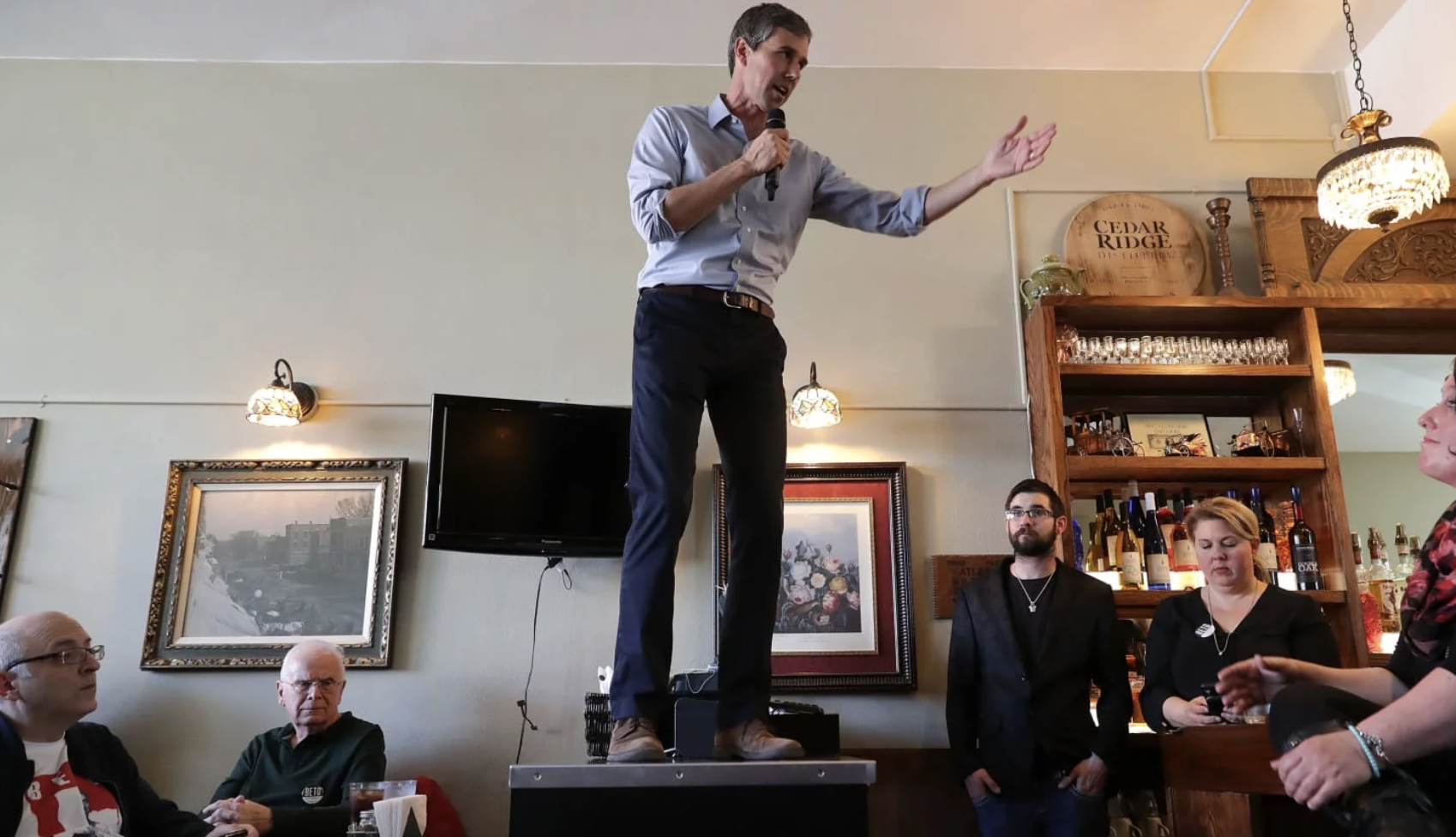 A Texas State Representative had his tweet censored by Twitter tonight after Presidential candidate Beto O’Rourke started crying online about a perfectly legal tweet that doesn’t appear to be violating any of Twitter’s public-facing rules.

This all started when Beto decided to post an edgy tweet for all of the uninformed teens on Twitter who follow him to spread like wildfire. After all, it’s hip and cool to tell voters that as President you’re going to violate their 2nd and 4th Amendment rights by unlawfully taking their firearms. He even started shilling shirts mirroring the original tweet “Hell yes, we’re going to take your AR-15” after it started going viral.

In response, Texas State Representative Briscoe Cain quote tweeted Beto and said “My AR is ready for you Robert Francis.” This prompted Beto to screenshot the tweet and make a post claiming that the tweet was a “death threat.” It’s almost as if he knew beforehand that Twitter was going to censor the tweet after he brought attention to it.

This of course is not a death threat by any measure. Brandenburg v. Ohio, (1969) says that government cannot constitutionally punish abstract advocacy of force or law violation unless it is directed to inciting or producing imminent lawless action and is likely to incite or produce such action.

Given the context of Beto’s tweet that is being quoted, the Representative from Texas could have meant any number of things. Perhaps he meant his AR was ready to be picked up by Beto. Perhaps he meant something else. It doesn’t matter. What matters is that what he said is constitutionally protect free speech and not an imminent or direct threat that is likely to result in lawless action. You don’t need to be a lawyer to see this.

The tweet also doesn’t appear to break any of Twitter’s rules, or at least one would think. Twitter’s violent threat policy is very specific about what a threat is and what it isn’t.

Under this policy, you can’t state an intention to inflict violence on a specific person or group of people. We define intent to include statements like “I will”, “I’m going to”, or “I plan to”, as well as conditional statements like “If you do X, I will”. Violations of this policy include, but are not limited to:

threatening to kill someone;

threatening to sexually assault someone;

threatening to seriously hurt someone and/or commit a other violent act that could lead to someone’s death or serious physical injury; and

asking for or offering a financial reward in exchange for inflicting violence on a specific person or group of people.

It appears Twitter’s moderation team didn’t read their own policy, because as of right now the Tweet has been removed and Representative Cain is likely locked out of his account and placed in Twitter timeout.

The lesson here is simple: if a Democrat cries on Twitter, your tweet is getting deleted and you’re getting put in timeout. Even if you’re a State Representative from Texas.