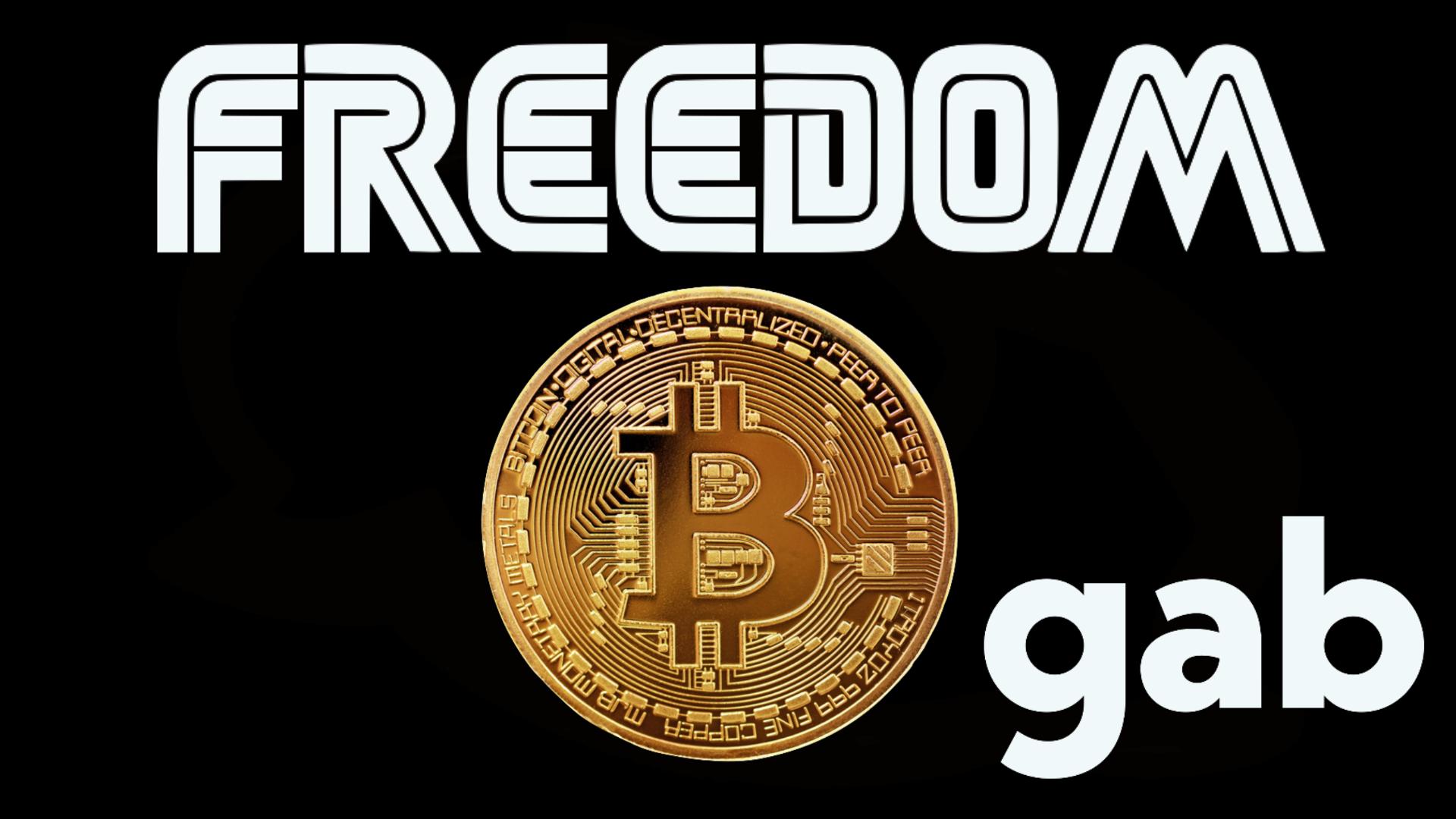 In early 2019 Gab introduced bitcoin to our community of people from around the world. Bitcoin went on to be the best performing asset of 2019, outpacing even the 31% return for US tech stocks. The price of bitcoin isn’t what makes bitcoin important to us though. Being able to process payments on the internet without permission and censorship is.

GabPro, our optional subscription service, makes Gab possible. Which means people like you make Gab possible. It’s why Gab has been attacked so hard at the payment processing level of internet infrastructure. We have The People on our side and the ultimate way to choke off The People from Gab is at the payment processing level.

The powers that be have banned us from Paypal, Stripe, Coinbase, Bitpay, Square, and 50+ banks have rejected us for debit/credit payment processing.

Despite all of this we have found ways that empower you the user to support Gab. Two of them can not be censored and offer a hybrid approach of old tech and new tech to accomplish this. Old tech like check by mail to our PO Box and echeck, as well as new tech like bitcoin combine to make Gab’s unstoppable payments infrastructure.

Bitcoin is free speech money. It is now approximately 30% of Gab’s operating revenue as of this writing. We expect this to grow going into 2020 and beyond.

Gab needs bitcoin. In fact, it can be argued that Gab is the ultimate use case for bitcoin. Gab is a legal US business selling software subscriptions and hats, but can’t process payments on the internet.

Because the social justice lynch mob says so.
Because banks say so.
Because a cabal of tech corporations say so.

Bitcoin makes them all irrelevant. Buying bitcoin is the ultimate defiance against the entire establishment order. Aside from this: it’s the obvious path forward for Gab to grow as business, but more importantly as a community and movement.

Many of you have likely heard about bitcoin at some point over the past ten years. For now let’s start with the basics: bitcoin allows anyone to exchange value with Gab, or anyone else, without permission from any bank, corporation, or government.

Bitcoin is not illegal to own or use. It is a digital currency that facilitates a true free market and store of value on the internet.

Censorship-resistant exchange of value is bitcoin’s core use case. Forget the technology. Forget the price. This fact alone makes bitcoin a force to be reckoned with.

Over the course of the next several months Gab is going to be creating educational content about bitcoin. There’s a lot to unpack, but we want to provide educational resources that are easy for anyone to understand.

We are also in experimental testing with things like the bitcoin lightning network and are speaking with partners at every level of onboarding and infrastructure for bitcoin wallets, payments, and exchanges. If this all sounds foreign to you don’t worry, we will work together and learn a lot over the next few months.

Gab has an opportunity to introduce bitcoin, or free speech money, to millions of users. We have what so many crypto projects, ICOs, and other startups lack: a real product used by real people in a real community with a real need.

We aren’t asking anyone to invest their life savings into bitcoin. We are asking you to do the research, learn, and purchase a small amount in order to support Gab and content creators who have been banned from traditional payment processors online. This is how we will win, together, without permission from anyone.