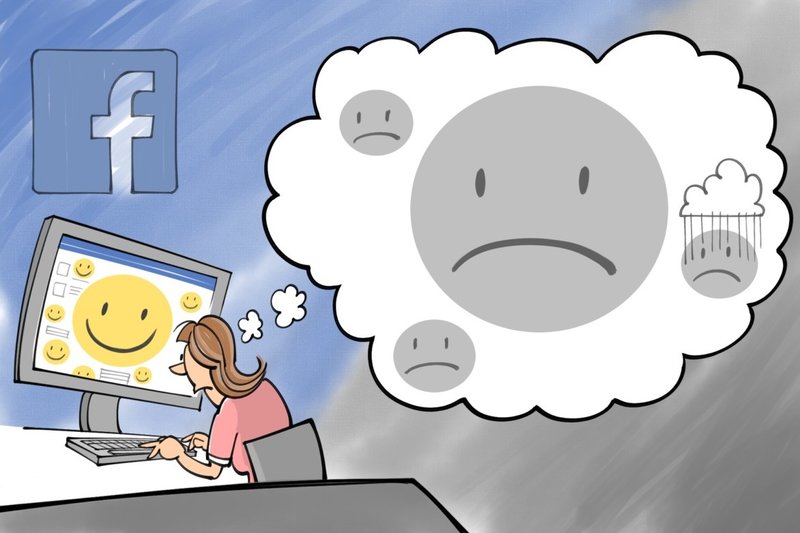 A paper published in the journal of Experimental Economics compared two sets of students from Texas A&M, one group used Facebook and one didn’t access it for a week. The study found that the group of students using Facebook had more feelings of depression, ate out more, and made more impulse purchases.

Yet another reason to get off of Facebook, as if you needed another.

The participants spent a mean time of 1.9 hours per day on Facebook, which is a lot more than the estimated average of 38 minutes for US citizens. About 15 to 30 minutes of that time was spent consuming news.

“Overall, the effects our study finds on news awareness, news consumption, feelings of depression, and daily activities show that Facebook has significant effects on important aspects of life not directly related to building and supporting social networks,” the experiment found.

Additionally, those who weren’t using Facebook didn’t turn to traditional media as a substitute for the news they’d been consuming on the social media site.

In addition to avoiding what is usually quite depressing news, the group that stayed off Facebook also found they ate out less, made fewer impulse purchases, and were more efficient with their time, among other beneficial behaviors.

“Our results suggest that using Facebook induces feelings of depression,” wrote the researchers, which is something that’s been found in other studies.

One of the study’s concerning finds is that many people rely almost solely on Facebook for their news, which still has a problem with fake items. It’s launching a dedicated news tab either later this year or in 2020 that will be curated by journalists, so that should help weed out false stories, but if you want to feel better, maybe step away from the site for a while.