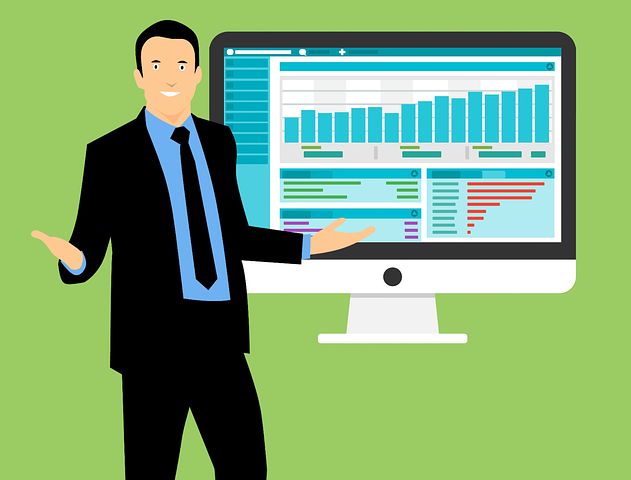 Investors vs. Users: A Look at Big Tech Incentives

There have been many ways of analyzing the behavior of Silicon Valley corporations, examining groupthink, political pressure, the ideology of the leadership, etc. but I would like to add one form of influence that deserves more attention. A good rule of thumb when analyzing the actions of a corporation is to start with the motto “Follow the money”. Ideally, the incentives for a corporation should be best summed up by this quote from The Wealth of Nations,

“Consumption is the sole end and purpose of all production; and the interest of the producer ought to be attended to, only so far as it may be necessary for promoting that of the consumer.”

The world of software has challenged much of our classical thought, this is no exception. There is a hidden assumption embedded in this quote: That the consumer, and the one purchasing the product, are the same person. This has not been true in the software world for a long time. For much of the software we use, the “consumers”, us, don’t pay a cent for our services. If we were to fix this quote to better reflect the modern software industry it should read:

“The interest of the producer ought to be attended to, only so far as it may be necessary for promoting that of the purchaser.”

One of the more widely known models that negatively impacts consumers is where the advertisers are the purchasers, the software companies are the producers, and we are the product. (Examples of companies with this incentive structure are YouTube, Twitter, Facebook, Instagram, and Snap Chat).

Some have argued that by avoiding advertising as a source of revenue companies will be more accountable to their users, however, this is not the only strange business model that has cropped up in Silicon Valley.

I want to explore the, all too common, case when the investors are the purchaser, the stock is the product, and the service the company provides is just a liability. At first, one would assume that this is a rarity, but it is significantly more common than even the advertising model. Of the tech companies that had their initial public offering last year, only 16% were profitable.

Patreon as an Example:

To understand how so many Tech IPOs are unprofitable let’s look at an example that many readers are probably familiar with: Patreon is a crowd funding service started in 2013 by Jack Conte, its current CEO. Patreon earns 5% of what it processes in donations, which, given that it processed 250 million dollars last year, would mean that in 2018 it took in $12.5 million in revenue. Despite that, Mr. Conte believes Patreon’s business model is unsustainable, and he says that his company does not make any profit. Luckily for them, this is not Patreon’s only source of capital. Over the course of its 6 years of operation the company has taken five different rounds of investment. How does this compare to the revenue earned from their primary business?

Here is a breakdown of their capital streams as far as I have been able to track:

As you can see, Patreon has received over three times the amount of investment as it has ever made in revenue. This creates a strange set of incentives. Those investors are not using Patreon’s service, so their perceptions of Patreon’s success is not affected by improvements in service but they are affected by negative press. Beginning in December of 2018, Patreon engaged in a series of reforms, starting with the banning of many prominent political commentators including Sargon of Akkad, Milo Yiannopoulos, and James Allsup. This was followed by the announcement in January of a broadly unpopular series of service changes including a totally different pricing model, that many people felt was inferior to the previous version. The rollout of these changes took place in May, and just two months later in July, Patreon announced that it had received $60 million in its Series D round of investing. This appears to be a clear case of the company acting against the best interest of its users, while still making more money than it has ever made with its primary service.

What this means for Alt-Tech:

This is unfortunately becoming more common. As previously stated, only 16% of new technology IPOs last year were for companies that turned a profit, the lowest it’s been since the dotcom bubble burst in 2000. What does this mean for Alt-Tech platforms like Gab and Entropy? Its impact is threefold, first, it highlights the challenge for Alt-Tech in competing with companies that have abnormal business models and different streams of capital we will not have access to. Second, it emphasizes the need for Alt-Tech in an environment where the existence of seemingly strong companies can be at the mercy of investors’ erratic whims. If there were to be a crash like in 2000, how many of the vital services people rely on could disappear in an instant? Third, it reminds us in Alt-Tech that there is a greater burden on us to create better products, tailored more closely to the needs of our users than traditional technology companies have been making, and that our boss has always been and will always be our loyal fans and users.

Emmanuel Constantinidis is the founder of Entropy (https://gab.com/EntropyDevs) an innovative web platform of streaming tools designed to enhance interaction and provide a censorship free environment for live discussions. Entropy’s purpose is to help streamers build stronger communities and keep their channels longer in the face of growing censorship and demonetization. https://Entropystream.live