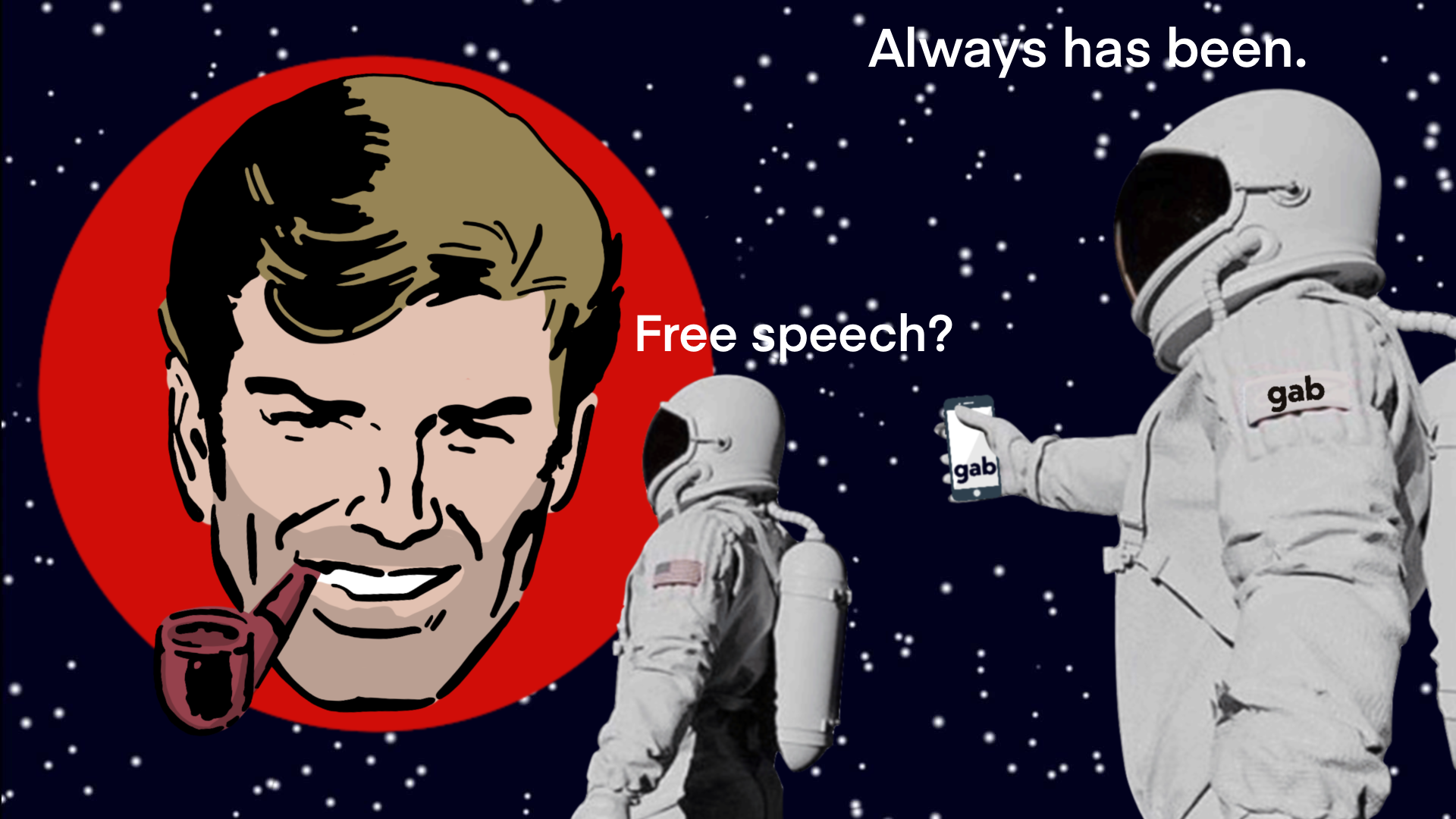 The “Repeal Section 230” Narrative is Being Pushed by Silicon Valley, Don’t Fall For It

The Big Tech giants want to be regulated.

Yes, you read that right.

Big Tech knows that if online speech is regulated by the federal government, either directly or indirectly via regulation of tech companies, they can and will weaponize it against The People and stifle competition.

Big Tech oligarchs have tried everything to destroy Gab.com and stop our industry-leading free speech software from reaching the masses.

They banned us from both app stores, yet we still continued to grow.

Then they banned us from hosting providers, so we built our own.

Then they banned us from Paypal, Stripe, Coinbase, Square, and more. So we educated our community on free speech money and the great people on Gab started mailing us physical checks to keep the site online.

Then they blacklisted my family from Visa in a Chinese Communist Party social credit score-style form of tyranny.

Despite being banned by 25+ service providers including domain registrars, hosting platforms, app stores, email services, ecommerce services, and more: Gab has survived and continues to thrive.

Gab exists outside of the establishment’s control. They don’t like this, at all. Their monopoly on the free flow of information is coming to an end because Gab is inevitable.

When all else failed, Big Tech and the establishment have set their sights on using Big Government to crush Gab and other alternative technology startups by destroying Section 230 and lobbying for regulation of speech on the internet.

What folks need to understand is that Section 230 does not protect the speech of Big Tech companies. When Big Tech “fact checks” user content they are acting as a publisher and Section 230 immunity does not apply. As such, they can be held accountable for that speech.

Section 230 doesn’t apply to Big Tech’s editorializing. The First Amendment does. Section 230 only applies to content that users post on their platforms. It provides no protections for Big Tech’s own speech. They can and should be punished for the false information they are giving the public by weaponizing this editorialization of user content

In the case of the Coronavirus, Big Tech has been using the WHO as an “authority” on health related matters instead of official health guidelines from the President of the United States. This is a matter of national security and public health.

The same goes for editorializing election-related content. By “fact checking” one candidate and not another Big Tech is giving an in-kind campaign contribution of enormous and immeasurable monetary value to the Biden campaign. Big Tech should be investigated by the FEC for these in-kind campaign contributions to the Biden campaign. The RNC has filed a report on it, so let’s hope the FEC takes action.

Big Tech had record stock market performance under the Trump administration and how are they repaying him?

By helping the Democrats spread the Russian hoax narrative.
By “fact checking” him and not Joe Biden.
By censoring links to news stories about Biden.

If the market needs to take a hit in order to destroy a domestic threat to freedom and the flow of information online then so be it. We do not worship the stock market in America, we worship almighty God. Your 401k gains aren’t worth the future of the Republic, sorry.

My point is: don’t fall for the Section 230 narrative. It’s a distraction. There are plenty of other things that can be done to stop Big Tech tyranny.

The President vastly underestimates how much influence he has online. Antitrust, FEC investigations, and more aside: if the President were to promote free speech technology platforms like Gab, the Big Tech panopticon would collapse on itself and fast.

I just hope the President realizes this before it’s too late.

I fear that his time on Big Tech platforms is quickly running out.

Please consider upgrading to GabPRO to support our mission and unlock additional features on the site.