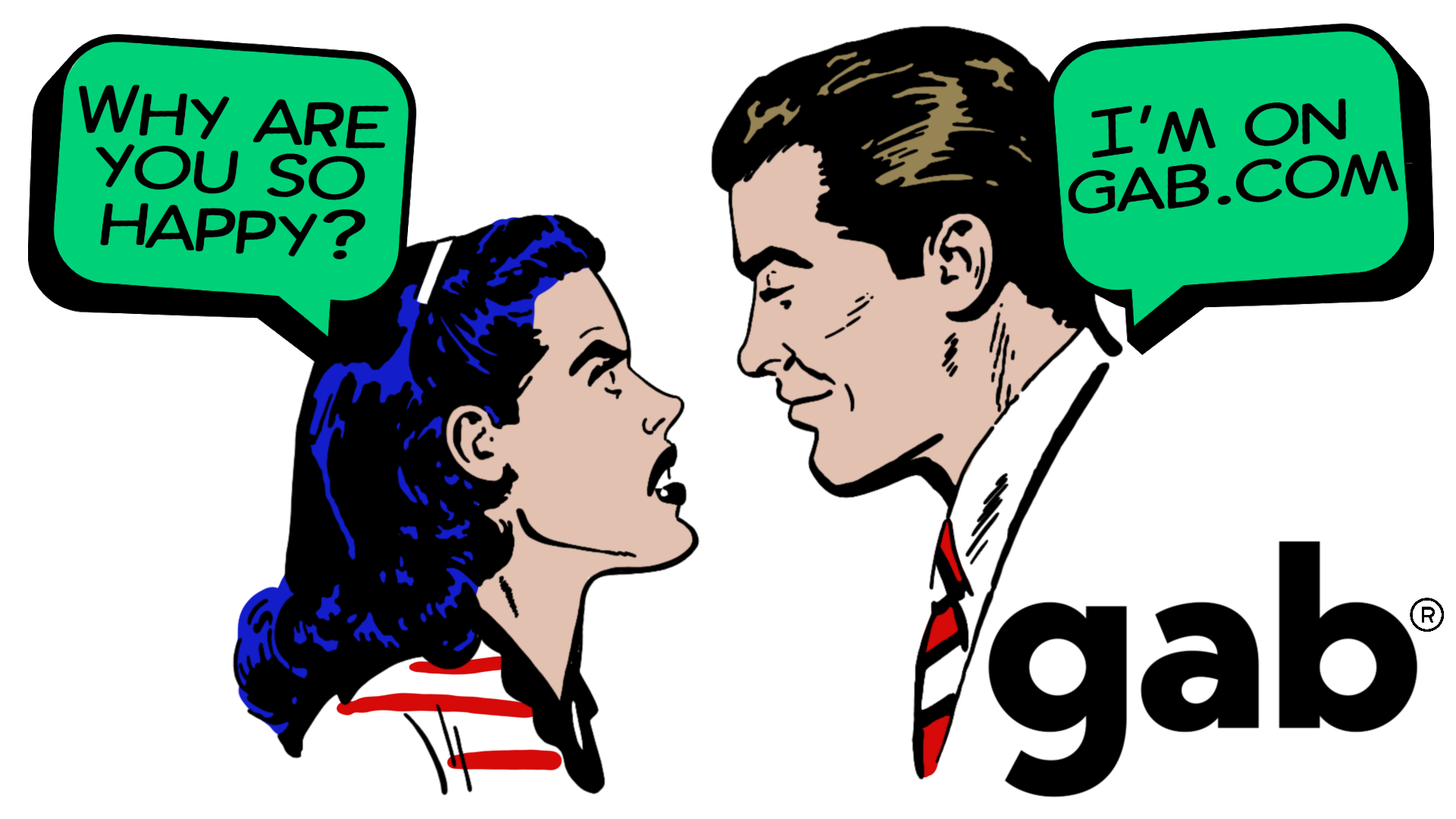 I have already written extensively about social media “influencers” and why these people don’t support or join Gab despite years of incessant whining about Big Tech censorship–on Big Tech platforms.

I think perhaps one of the silver linings of the mainstream media wrongfully smearing Gab over the past four years is that it exposed these “influencers” as hypocrites when it comes to actually supporting free speech.

In particular the “free speech warriors” and the “conservative” MAGA/RINO establishment types are all well aware of Big Tech censorship, know Gab exists and have even met me personally, watched what Gab went through, and still pretend they’ve never heard of us because the New York Times might call them a “racist” or something.

Ultimately these people are all bark and no bite, devoid of all substance, and spineless when it comes to actually standing up for the principles they post about online and talk about on TV all day long.

Our goal at Gab is not to port over these “influencers” from Big Tech platforms or “mainstream news outlets” to our community. They can certainly join Gab, but the vast majority of them won’t ever dedicate the time required to foster an authentic community.

Gab, like anything else in life, is what you make of it. If you come to Gab as a “big name” and expect to be fawned over without ever actually engaging with anyone the Gab community will likely shun you and for good reason.

This “influencer culture” that Big Tech has propped up can remain on the Silicon Valley internet as far as we are concerned. It’s crap. Big Tech court jester “influencers” aren’t the best fit for Gab anyway.

Silicon Valley has them locked in their panopticon. They are mind slaves.

One thing you need to remember is that The Establishment and Big Tech allowed these people to become “influencers” in the first place. There’s a reason they haven’t been banned or censored like the rest of us.

To be blunt: we don’t want anything to do with the vapid “influencer” culture that permeates Big Tech platforms and gave rise to Cancel Culture censorship.

We seek to provide a free speech platform for normal everyday people, independent citizen journalists, a new generation of creators, and alternative media outlets who report the truth.

Gab is designed to give every voice a chance to be heard and have influence. Your follower count, account age, and “celebrity” status aren’t important to the Gab community.

Free speech absolutism is part of a high IQ value system which is why Gab is home to some of the most intelligent people on the internet.

Someone can sign up for Gab today, join a group, and break a major story without having any followers, big name media credentials, or “celebrity” status.