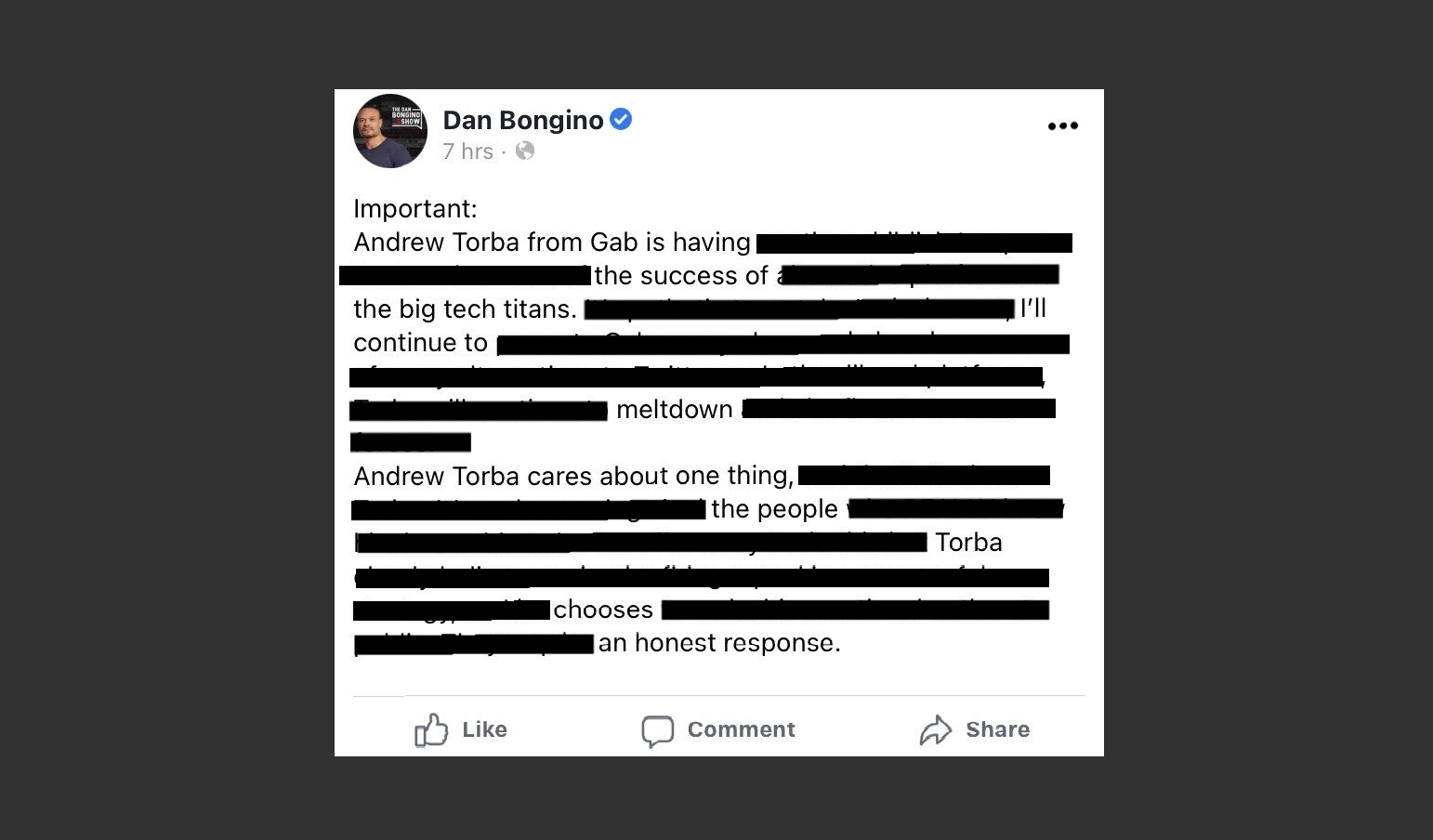 A Response To Dan Bongino

Today I was flooded with messages about Dan Bongino’s ten minute meltdown on his show calling me a “fraud” and a “clown.” I watched the clip and was amused by Dan’s highly emotional outburst attacking me for simply stating a fact: Rumble, a platform he invested in, claims to support free speech and yet bans “hate speech” with terms of service that are no different than any Big Tech platform.

I wholeheartedly support the free market and competition. I believe that more platforms supporting free speech and not having any “hate speech” policies is a good thing for the free flow of information online. That being said, when a platform claims to be something that they are not I think it’s important to call it out so that The People are not misled.

I have regularly expressed support for competing platforms that stand up and fight for free speech, Bitchute and Odysee are among them. I think these guys are doing great work and I’ve spoken with the CEO’s of both platforms. Like Gab, these platforms have been severely punished by the mainstream media, activist organizations, and Big Tech platforms for their stances on free speech. That’s how you know they are the real deal.

When Parler came along and was being shilled by Establishment “conservatives” I warned against falling for the bait and switch. I was right then, and I’m right now. It’s not about competition for me. It’s about principle. If you’re going to call yourself a “free speech” platform then you better have a terms of service that reflects that claim.

Otherwise: you’re a subversive at worst and a hypocrite at best.

Dan collects a paycheck from Paul Ryan’s Fox News. The goal of Establishment conservative networks like Fox is to feed conservatives just enough breadcrumbs to string them along and keep them from talking about the real issues in this country. The exception being Tucker Carlson’s show, which regularly addresses many of these issues and is the number one show on television for that reason.

At the end of Dan’s rant he expressed interest in uniting together against our shared enemies. I’d be happy to do that if Rumble simply changes their terms of service to remove their ban against “hate speech,” which does not exist. Until then Gab and others will continue to be the tip of the spear for free speech on the internet and we will absolutely call out those who claim to be something they are not.