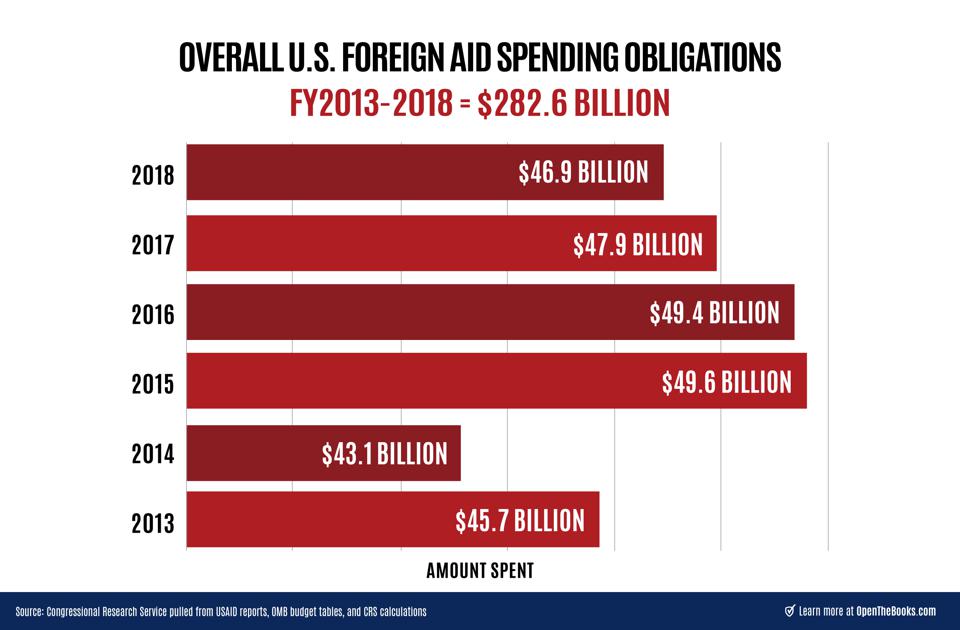 This week the U.S. Senate overwhelmingly approved $40 billion in aid which will be sent to Ukraine. The Senate voted 86-11 in favor of the bill. It’s very rare for the Senate to be this united on a bill these days and yet a super majority of the people elected to represent us in the Senate voted to send $40 billion dollars of our money to a foreign country.

From 2013-2018 US taxpayers paid out over $300 billion dollars to foreign countries. In 2019 alone the US paid out over $47 billion in foreign aid with the top receivers being Israel, Afghanistan, Jordan, Egypt, and Iraq among others. This should put into perspective just how daunting the amount of money we are sending one country with the passing of this Ukraine aid bill, which is nearly as much as we spent total sending money to dozens of foreign countries in all of 2019.

Meanwhile on the very same day the Ukraine aid bill passed, the Senate voted to block a $48 billion dollar aid bill for small businesses in the United States. No really, it was the very same day. This is the level of chutzpah these people have. They are willing to vote overwhelming to send $40 billion to a foreign country, but not $48 billion to struggling small business owners who were impacted by the horrible coronavirus response that members of Congress played a massive role in.

America is in big trouble.

Millions of illegal aliens are flooding across our border and bringing drugs, disease, and crime with them. Our infrastructure is a mess. Inflation is sky high. Families are hurting. The people we elected to represent us are no longer representing us. They are representing foreign countries, powerful multi-national corporations, and special interest lobbies.

We simply can’t afford to be sending hundreds of billions of dollars to other countries anymore until we can get our own country back on the right track.

I’ve seen members of Congress–in particular Congressman Paul Gosar–and congressional candidates recently start discussing a ten year immigration moratorium. There was even a bill introduced to do just that last summer. This is an idea that started out on the dissident right wing internet, but after years of us pushing the Overton Window it is finally becoming a mainstream talking point for the America First wing of the Republican party.

The dissident right wing internet needs to continue pushing this idea, but in tandem we must also begin pushing another one that is equally important for the prosperity of our people and country.

Which is why I am calling for a 10 Year Foreign Aid Moratorium.

ZERO foreign aid until we can get our own country back on track.

Push this idea everywhere until it becomes normalized.