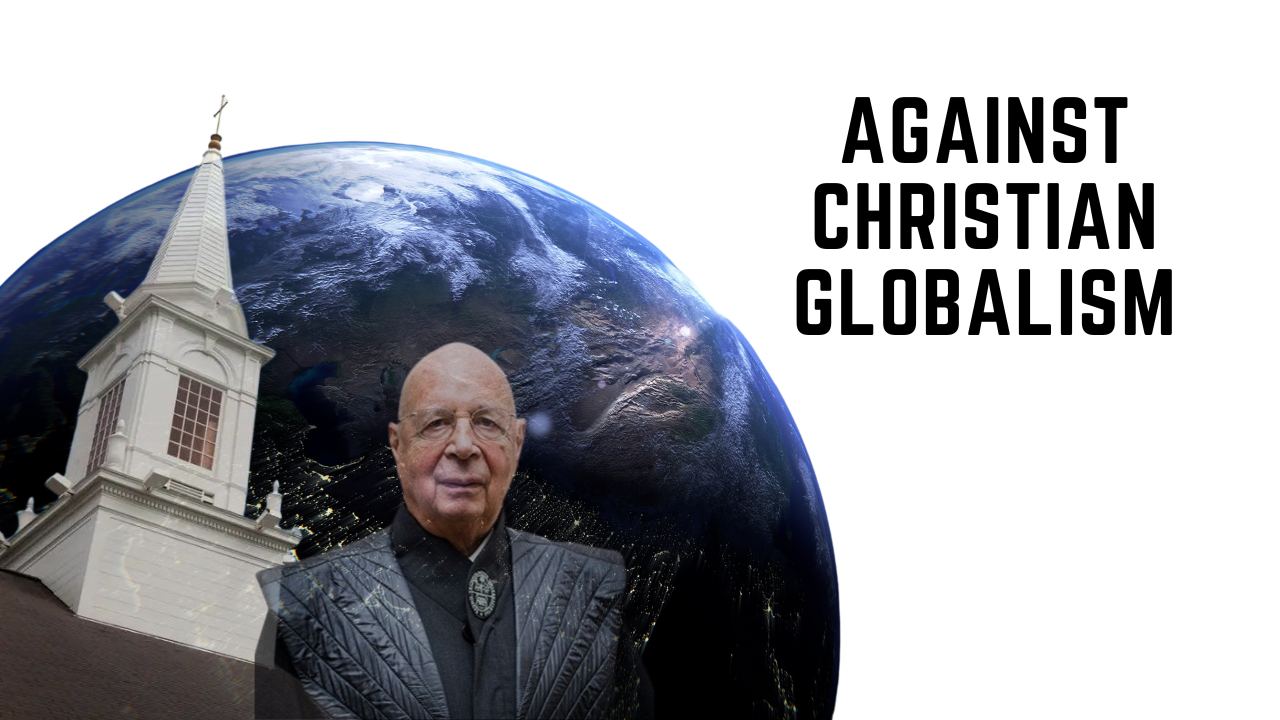 Dr. Peter Leithart is one of the most brilliant theologians alive, this is not hyperbole or flattery. He is a man whom I consider a friend and mentor. His books, especially Defending Constantine and Against Christianity, are among my greatest influences on how Christians should think about politics, culture, and society. You should read them both.

But today, he sent out a short email that denounced Christian Nationalism. To say I disagree with his take is an understatement. And given the respect I have for him it is absolutely necessary to offer him a rebuttal, breaking his argument down line by line.

The first ten lines are spot on:

Nations should be Christian.

Every nation should be Christian.

The U.S. should be Christian.

So should Armenia and Angola, Afghanistan and Andorra, Australia and Brazil, and on down through the alphabet.

Right there with you.

God commands kings and judges to bow to King Jesus, and this demand is inherent in the gospel.

Nations should bow to Jesus.

Nations will bow to Jesus.

God will fulfill His promise to Abraham, to bless every family of the earth.

Nationalism is a political theory or program that makes the nation’s own good its primary aim. Christians must always seek the kingdom first.

I am thankful for a reasonable, accurate definition of nationalism here. But there is serious confusion here. Can I, as a father and head of a household, not seek the good of my family? Did not the Apostle Paul say in 1 Timothy 5:8 that he who does not provide for his own household has denied the faith and is worse than an unbeliever?

Does that admonition by the Apostle not place a duty on the Christian to be a familialist, with the family’s own good as its primary aim?

Even bearing in mind Christ’s command to be willing to hate one’s own family should they be an impediment to discipleship (Mt. 10:37, Luke 15:26), is it not obvious that the context is an environment where there is a positive duty to care for one’s own family?

Broadening out the family to the tribe and then to the nation, does it not follow that it is perfectly valid for a nation to seek out the good of its own people, and chief among those goods is the promotion of the gospel and one, true faith? Why is it that you are seeking to make a dichotomy where there is not one?

Christian nations don’t make national interest their chief end. Nations too are baptized into the mission of Jesus. Baptized nations and kings submit their political aims to the aims of their King.

What exactly do you mean by “national interest their chief end.” One of the points of Christian Nationalism is that the promotion of the gospel within the nation is a major part of the national interest. Again, another dichotomy where there need not be one. Would you ever say to a Christian family struggling to make ends meet “Christian family doesn’t make family interest their chief end.” I know you are far too pastoral to do something so foolish. What is this dichotomy even supposed to mean? That submitting to the political aims of King Jesus means the United States should accept tens of millions of immigrants from the Third World every year?

Nations become Christian through the witness, worship, and ministry of the church: when preachers preach the whole Bible; when churches gather at the Lord’s table with Psalms; when the church welcomes strangers, feeds the hungry, and clothes the naked; when members of the church diligently witness and obey in their families, neighborhoods, vocations, and citizenship.

I do not disagree. This is exactly how we Christian Nationalists aim to disciple our nation.

Yes. My nation will become Christian not because I am one of 8 billion deracinated, atomized “global citizens,” but because I am an America with the same love for my countrymen that the Apostle Paul possessed for his (Romans 9:1ff). Apostate America will be discipled because Americans who have proven their love and their devotion for their countrymen have preached the gospel and ministered to them. Not because we have bought into some baptized vision of Klaus Schwab’s globalism and have pledged fealty to the Globalist American Empire which exports sodomy and usury to the planet, but because we want the good of our people and the most important good—that they would love and serve the Lord Jesus Christ.

Nations become Christian precisely when Christians are not nationalists.

The people destroying our country and who view sincere Christian faith as the enemy want every single human being on the planet stripped of any and all loyalties to family, community, nation, and church. They want totally isolated individuals cut off from both the past (their family and national heritage) and the future (having a family of their own). They want the perfect consumer who only lives in the present.

By denouncing Christian Nationalism, Christians are playing right into the hands of the most evil people on the planet. You will not tear down globohomo by offering some vague Christian globalism, any more than you would free someone from a cult which has estranged them from their family by telling them “yeah, loving your family too much is idolatry.” No, you absolutely must tell your people that loving your country and seeking its good is what God wants you to do.

If we cannot do that, you better start getting used to the taste of fried crickets.