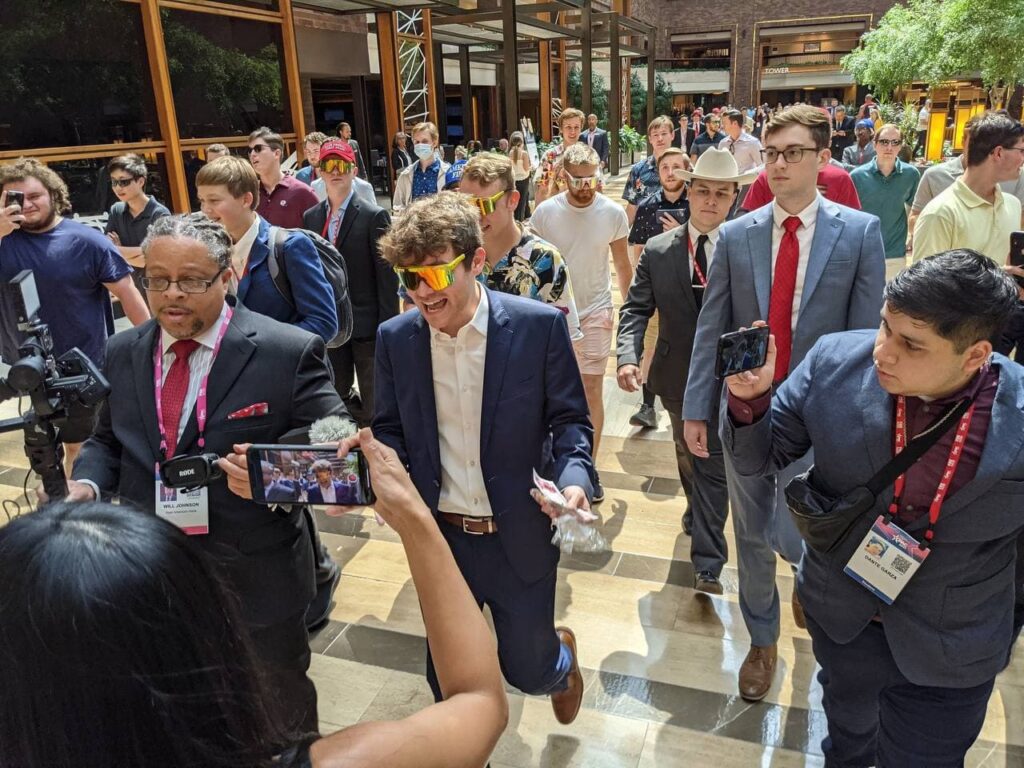 You may have heard that CPAC, the establishment right’s cool kids club conference for “conservatives,” was going on in Texas this weekend. President Donald Trump was there among many Republican members of Congress and the familiar faces of Paul Ryan’s controlled opposition network Fox News.

The most powerful speech wasn’t delivered at CPAC, not even by President Trump. Instead it was delivered from a hotel across the street by a 22 year old college drop out who was banned from Twitter and thrown out of the “Uncanceled” CPAC event.

I encourage you to watch his speech in full before your rush to any judgement and see what the “most dangerous man in America” has to say for himself.

Is Nick Fuentes what the talking heads on Fox News and the controlled opposition at Breitbart said he is, or is he perhaps saying something compelling that very powerful people, on both the left and the right, don’t want you to hear?