A Christian Perspective on AI 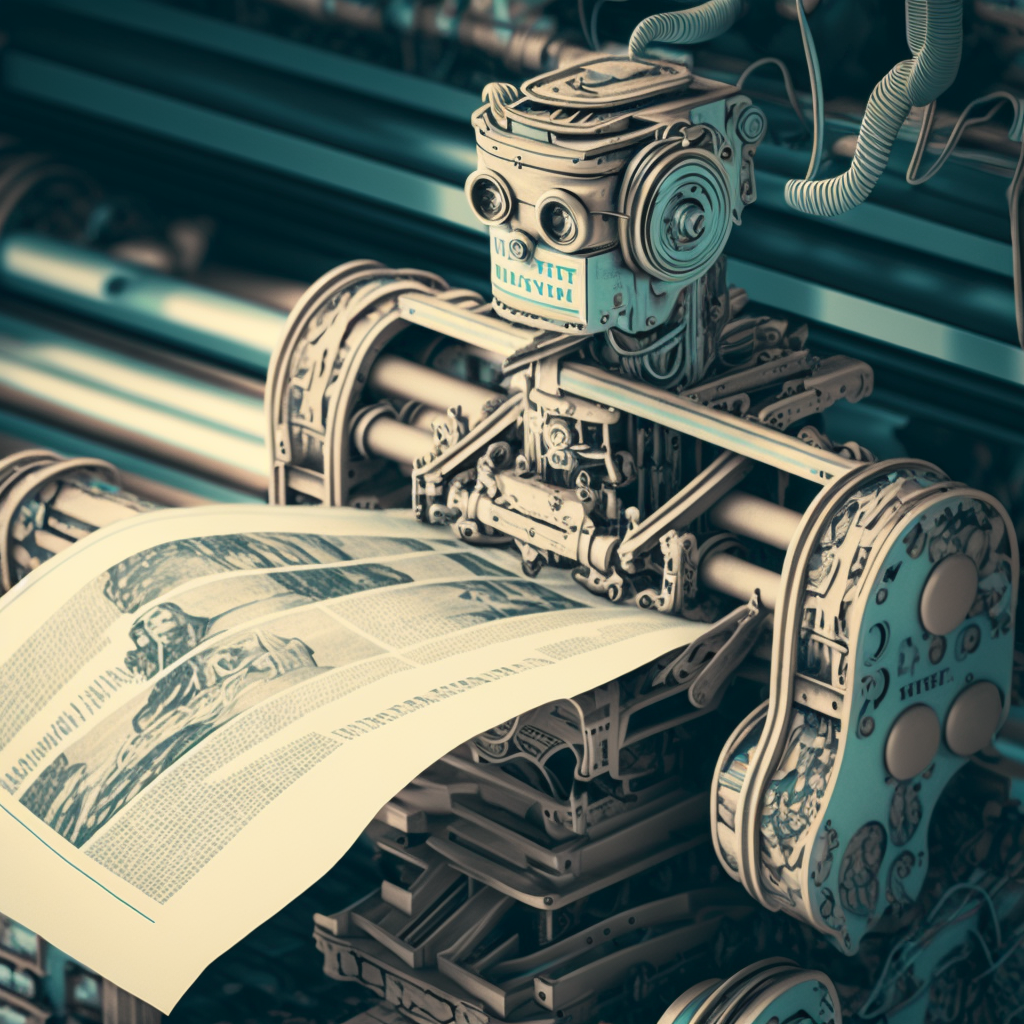 A Christian Perspective on AI

AI is about to shift the fundamental reality of our entire society, culture, and world. I feel it is my responsibility to help my brothers and sisters in Christ understand this fact, come to grips with it, and encourage them to start building before our enemies gain too much ground.

Christians have been building and using tools to glorify God for millennia. This is nothing new, and it’s only scary if we allow the enemy to take dominion over these new tools and use them against us as we, unfortunately, did with the last great leap in technology: social media.

END_OF_DOCUMENT_TOKEN_TO_BE_REPLACED
Gab Under Attack: The DDOS on January 23rd 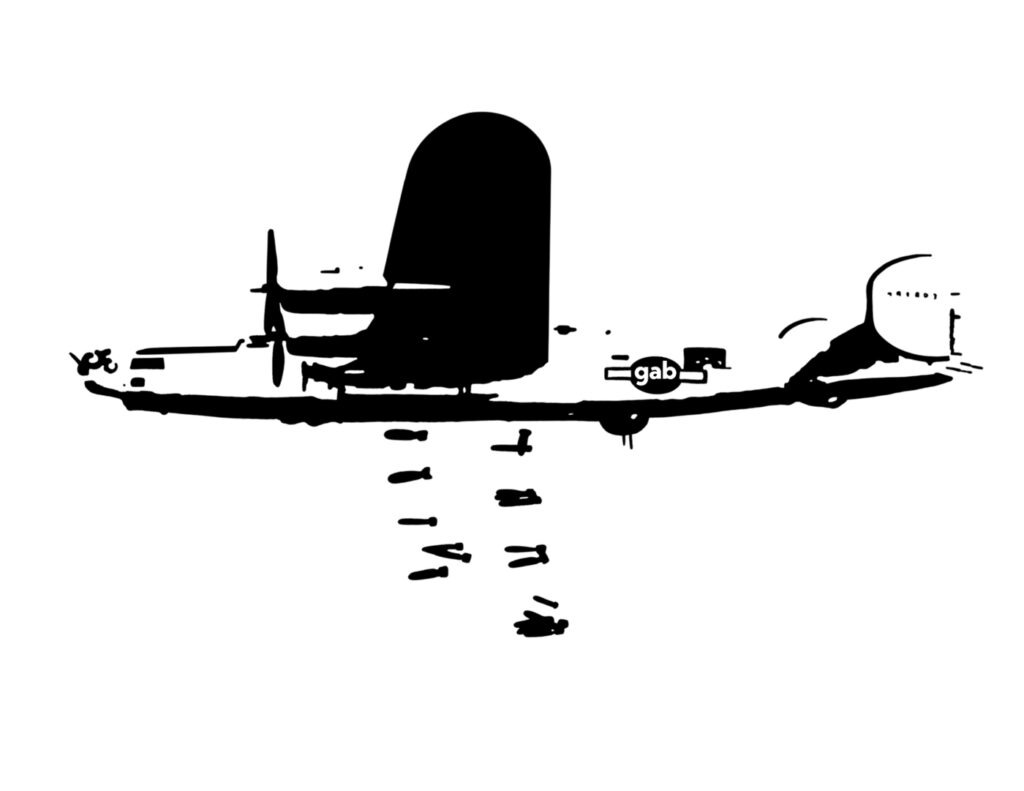 Gab Under Attack: The DDOS on January 23rd

On Monday, January 23rd around 3:30pm, we received a few odd emails, claiming to have found a vulnerability in our site. The email basically said…

END_OF_DOCUMENT_TOKEN_TO_BE_REPLACED
Conservative Inc And The Deal With The Daily Wire Devil 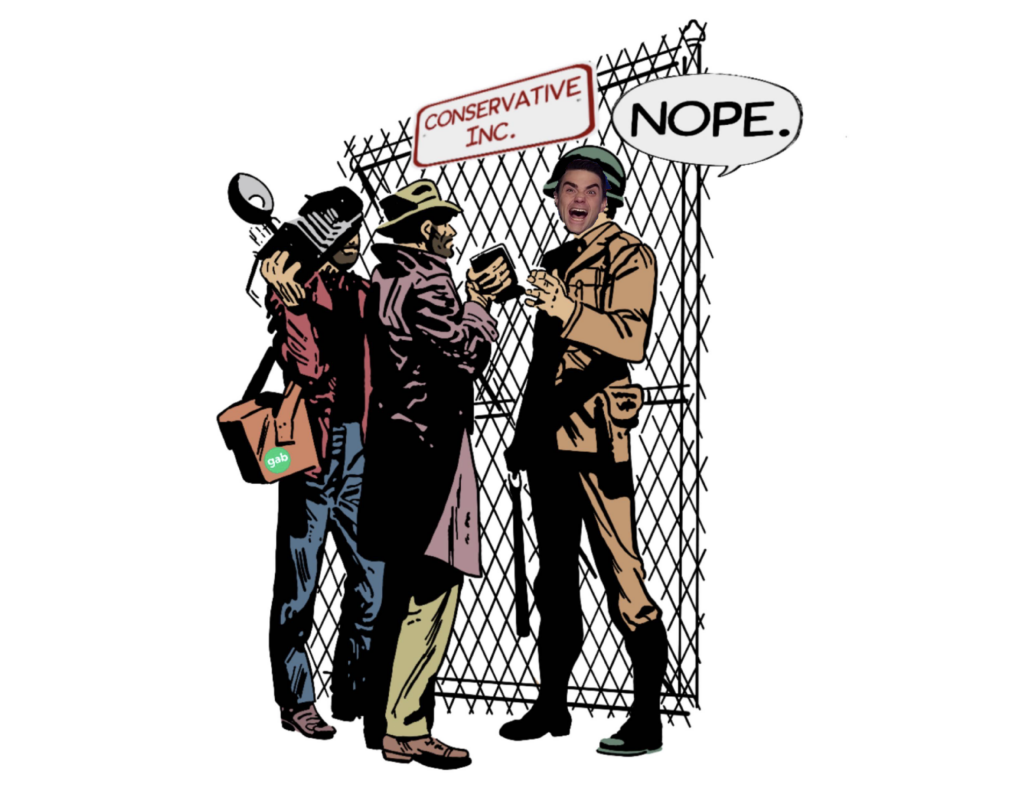 Conservative Inc And The Deal With The Daily Wire Devil

This week Steven Crowder made headlines for turning down a 50 million dollar term sheet offered by The Daily Wire. The term sheet, which would have forced Steven to sign over his email list, social media accounts, and revenue streams from his Mug Club, among other things from his life’s work, raised concerns about censorship and the gatekeeping of content creators by large conservative media companies and their owners.

The point of this article is to open your eyes to why your favorite conservative media outlets are not on our side and help you understand that they exist to keep you from discussing ideas that threaten the power of the Regime. These types of exploitative gatekeeping deals are not the outlier; they are the norm. Unlike most of the talking heads I have no gatekeeping contracts and thus can speak freely on these matters and tell you the unfortunate truth that you need to hear.

END_OF_DOCUMENT_TOKEN_TO_BE_REPLACED
Your Work And Your Faith Are Not Separate

Your Work And Your Faith Are Not Separate

Our men’s group at church is doing a study on the book Lies Men Believe And The Truth That Sets Them Free by Robert Wolgemuth. We were tasked with picking one of the lies to teach and give a testimony on.

To start, I highly recommend the book. It’s a very easy read and you can jump around to the different lies you might be telling yourself right now to learn a lot. I scanned the list of lies and stumbled on lie number twenty-nine “my faith and my work are unrelated.” It sounded a lot like the lie that I was telling myself for many years when I started my first business and began my journey chasing fame and fortune in Silicon Valley. I knew this was the lie I would teach on.

END_OF_DOCUMENT_TOKEN_TO_BE_REPLACED
Our 2023 Vision For Gab and The Parallel Economy 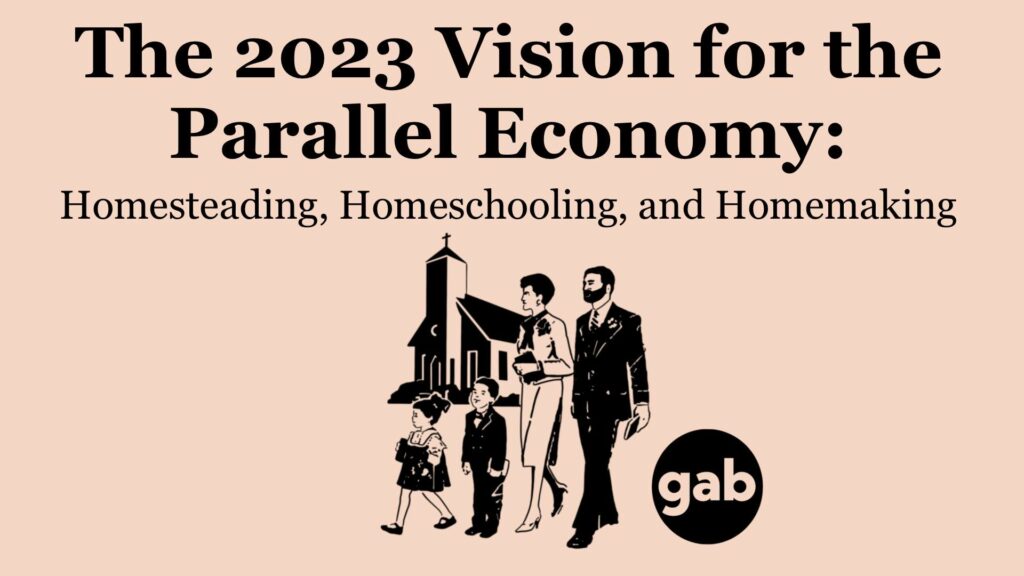 Our 2023 Vision For Gab and The Parallel Economy

By Andrew Torba on January 1, 2023
END_OF_DOCUMENT_TOKEN_TO_BE_REPLACED
State of the Blog: Gab News 2022 Well, folks, I thought it appropriate to give a short address to you all concerning the past year of the blog here and what else to expect for the next one.

Since November 2021 we’ve had an eclectic mix of op-eds from nearly every corner of Christendom. More than a few denominations of the Protestant tradition have shown up, joining ranks with clergy and laity alike in the rich heritage of both Eastern Orthodoxy and Western Catholicism. Covering such topics as the general Bold Christian Writing, the Parallel (Christian) Economy – Go and Build, Big Tech, Christian Nationalism, Homeschool Resources, Making Art Christian Again, and general ruminations on the life of the Christian dissident in modern America (and the world!). 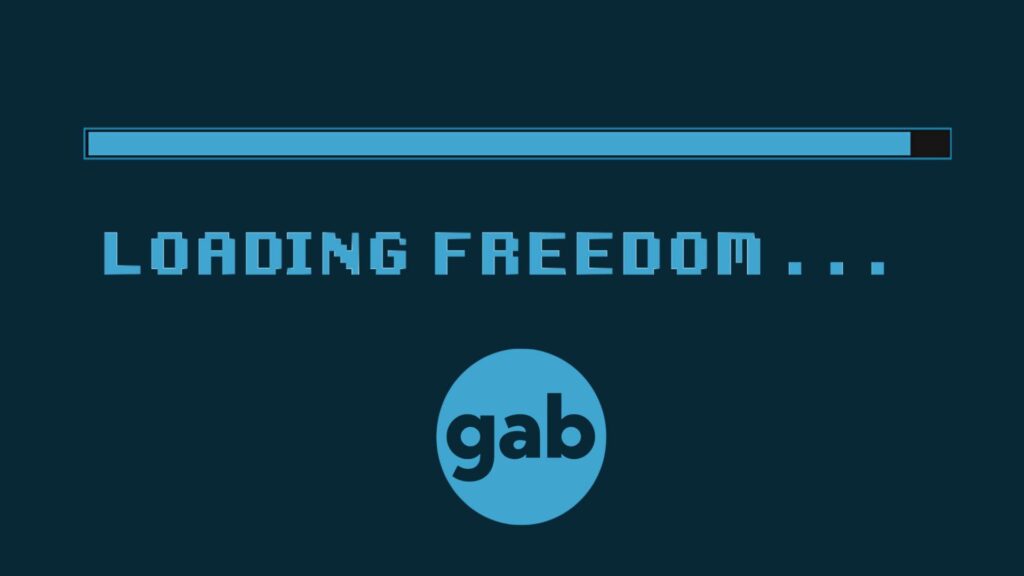 Gab is going to begin publishing the purely censorship-based inbound requests that we receive from governments. These are the cases where for the most part European bodies like the Met and Europol send us transparently political takedown requests with no law enforcement purpose. Essentially they’re trying to silence a person that they’ve already thrown in prison or are about to. If they don’t want us to talk about these frivolous requests, they can stop sending them to us.

Welcome to the Gab Files. 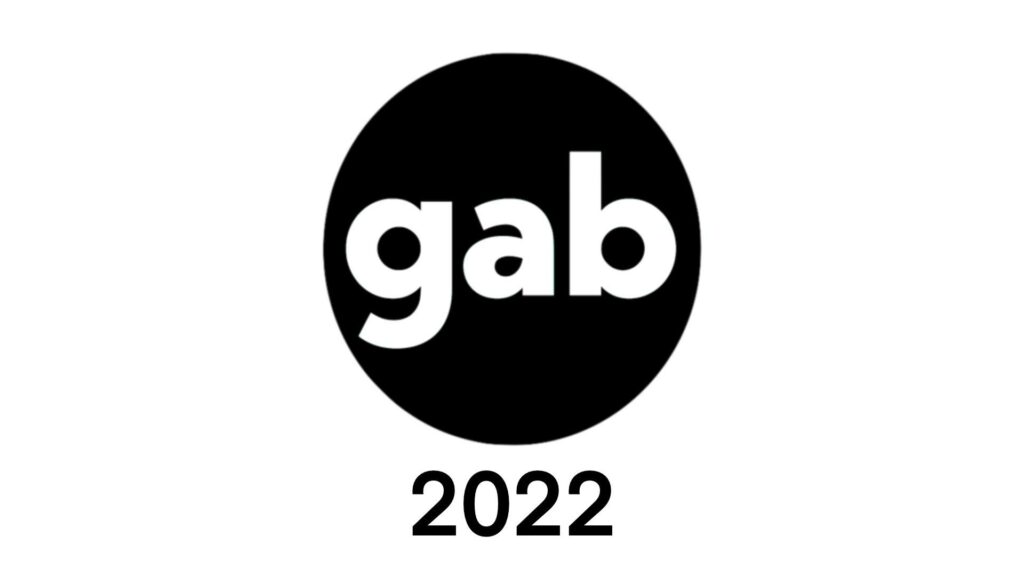 First of all I want to wish you all a very Merry Christmas and a heartfelt thank you for your continued support of the important work we are doing here at Gab to defend the freedom of speech and build the Parallel Economy. We had an incredible year in 2022 and we accomplished so much together as a community. Please pray that God will continue to bless our community, team, and work in 2023 and beyond. 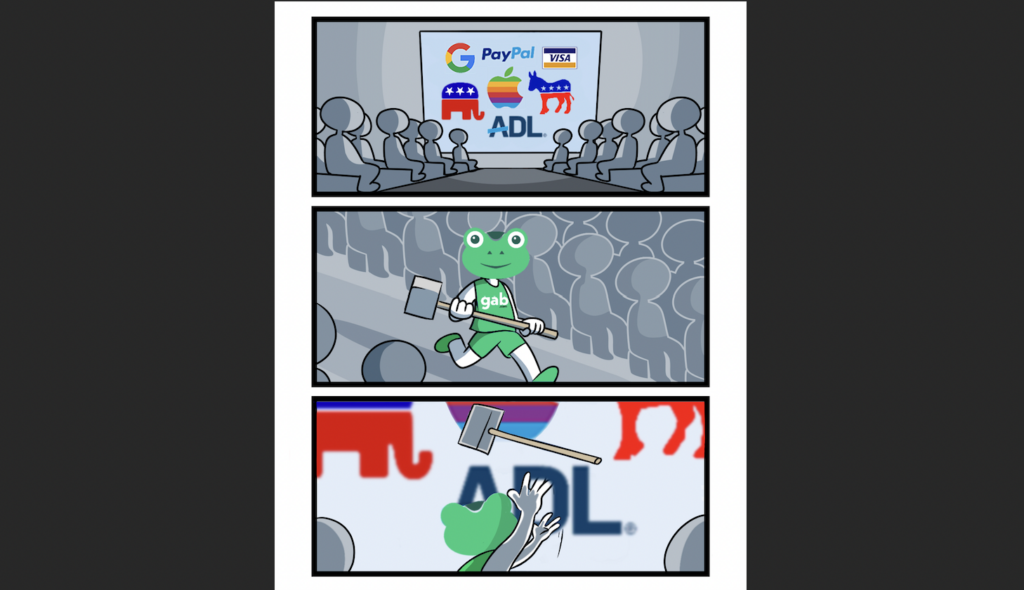 Gab is a First Amendment company which means we tolerate “offensive” but legal speech.

God often uses the most unexpected people in the most unexpected ways to accomplish His Will and as wild as it might seem: God is using Ye, formerly known as Kanye West, for a big purpose. I have no doubt of this in my heart based on what I have seen and heard from the man over the past few months.

END_OF_DOCUMENT_TOKEN_TO_BE_REPLACED
There Is No Freedom of Speech Without Freedom of Reach 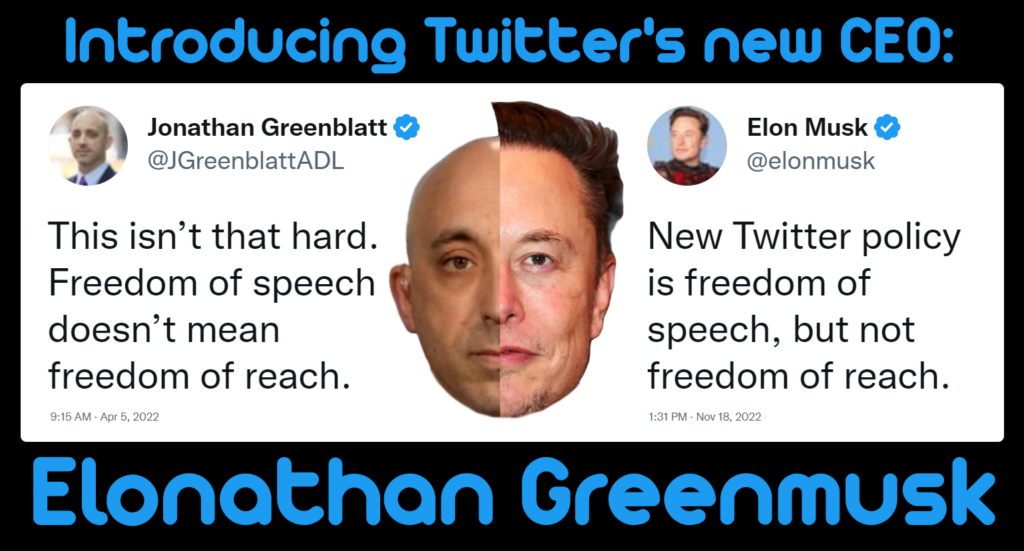 “This isn’t that hard. Freedom of speech doesn’t mean freedom of reach.” – Jonathan Greenblatt, CEO of the ADL 4-5-22