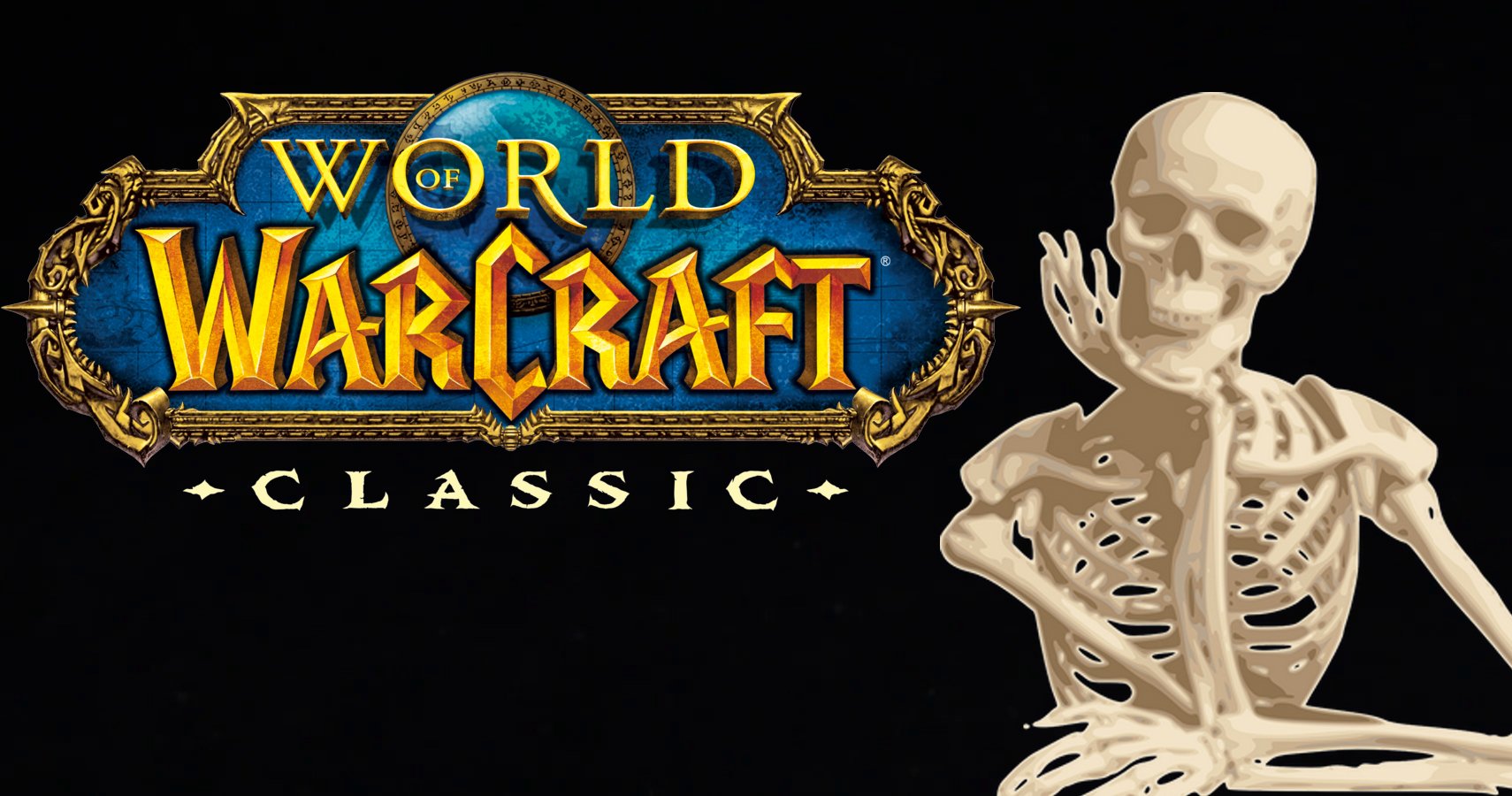 In a move that proves once again that gamers are the most oppressed people, Blizzard has confirmed that skeletons will be removed from the upcoming World of Warcraft Classic release to prevent “hate speech.”

Political correctness is a cancer that ruins everything it touches. Books are burned. Words are banned. Classic video games are altered. Back in 2007 Blizzard did the same thing to appease the Communist Chinese government. This time, they are doing it to appease to the Communist social justice mob in the west. What a shame.

One small feature will be missing: no skeletons will be left on the ground after players die. In a recent Reddit post, Blizzard confirmed the news, stating that they want to prevent players from using the skeletons to create negative messages, hate speech, and advertisements.Some fans looking forward to Classic have been disappointed by this news, as the skeletons were a fun feature in earlier versions of the game.

They made in-game events feel more realistic, as they lined battlefields to symbolize PvP combat that had taken place earlier on, or even marked a comical spot where another player had died. Some fear that getting rid of the skeletons slightly takes away from World of Warcraft Classic’s authenticity, as the move takes the game a step back from its purpose: recreating the original world of Azeroth.

Fans suggested that Blizzard should simply ban players who use the skeletons to promote negative messages or advertisements instead of completely taking the skeletons out of the game. Other fans brought up the fact that the skeleton feature was very rarely abused, and that the entire Classic fanbase is being punished for the would-be actions of a small group of delinquents. Some even suggested that Blizzard should consider going back to a previous way in which they handled the situation, allowing players to only have one skeleton per every hour or so to stop the skeletal spam.

Players who have been following the game for some time know that this is not the first time World of Warcraft has had a skeleton controversy. Back in 2007, Chinese copies of the game had no skeletons whatsoever, as they were replaced by gravestones instead. At the time, a staff member who worked for The9, the company running the Chinese version of WoW, cited Chinese regulations for the decision, emphasizing that the government wants to promote a “healthy and harmonious online environment.”

This wasn’t the first time that Chinese censorship laws have been brought up in regards to skeletons in video games, and it certainly won’t be the last. On the other hand, Blizzard’s decision seems to be more of a preventative PR move than an actual censorship of the skeletons themselves.

Experience is most likely the cause here, as the company has certainly dealt with abusive content made via skeletons in the earlier days of World of Warcraft, which is why they were eventually patched out in the first place. It’s unfortunate that Classic won’t be the same as the original World of Warcraft down to every last detail, but we’re pretty sure that Blizzard included most of the more important features and that the game will still be a blast.