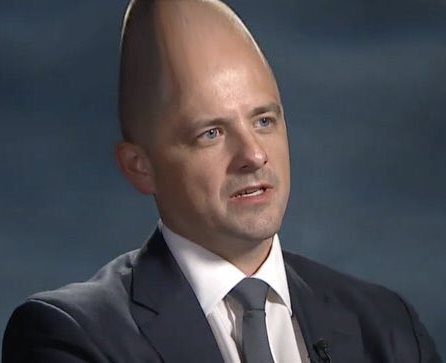 The ad cherry-picks a handful of offensive posts from Gab out of the tens of millions of posts across the site which has over one million users from around the world. The ad also does some form of insane mental gymnastics to connect Bishop to Charlottesville or something.

A 2017 Facebook post from Bishop said, “I’m about done with SF [San Francisco] thought police tech giants’ Big Brother routine, and so … I just invested in a free-speech social network startup mentioned in a Washington Post article today, Gab.ai. Free markets are the answer to many kinds of tyranny.”

We certainly appreciated Dan’s support and know that his intentions in supporting free speech online at the time were clear. Unfortunately Dan later displayed immense weakness in cowering to the political correct social justice mob he claims to be fighting against.

“I don’t use Gab, but if its management allows its users to promote violence, antisemitism, and racism on the platform they have misled investors and they will be gone quickly, and rightfully so,”

Of course nothing could be further from the truth. Gab has never allowed threats of violence or illegal content on our website. Our Terms of Service make this very clear. and indeed there have been several highly publicized bans of people who have crossed the line which we have taken action on. Offensive speech, while distasteful, is not illegal and is certainly protected by the first amendment of the United States. Of course Dan could have noted that there is plenty of racism on other platforms, including Twitter which he is an active user of.

While it’s unfortunate that Bishop did not stand his ground and defend freedom of speech on the internet for all people, even those with offensive and outrageous opinions, we still think it’s worth supporting him during this smear of his nominal 2017 investment in Gab. Sophistry aside, the ad creates awareness for Gab and for the issue of free speech and censorship online. So thanks, Evan!