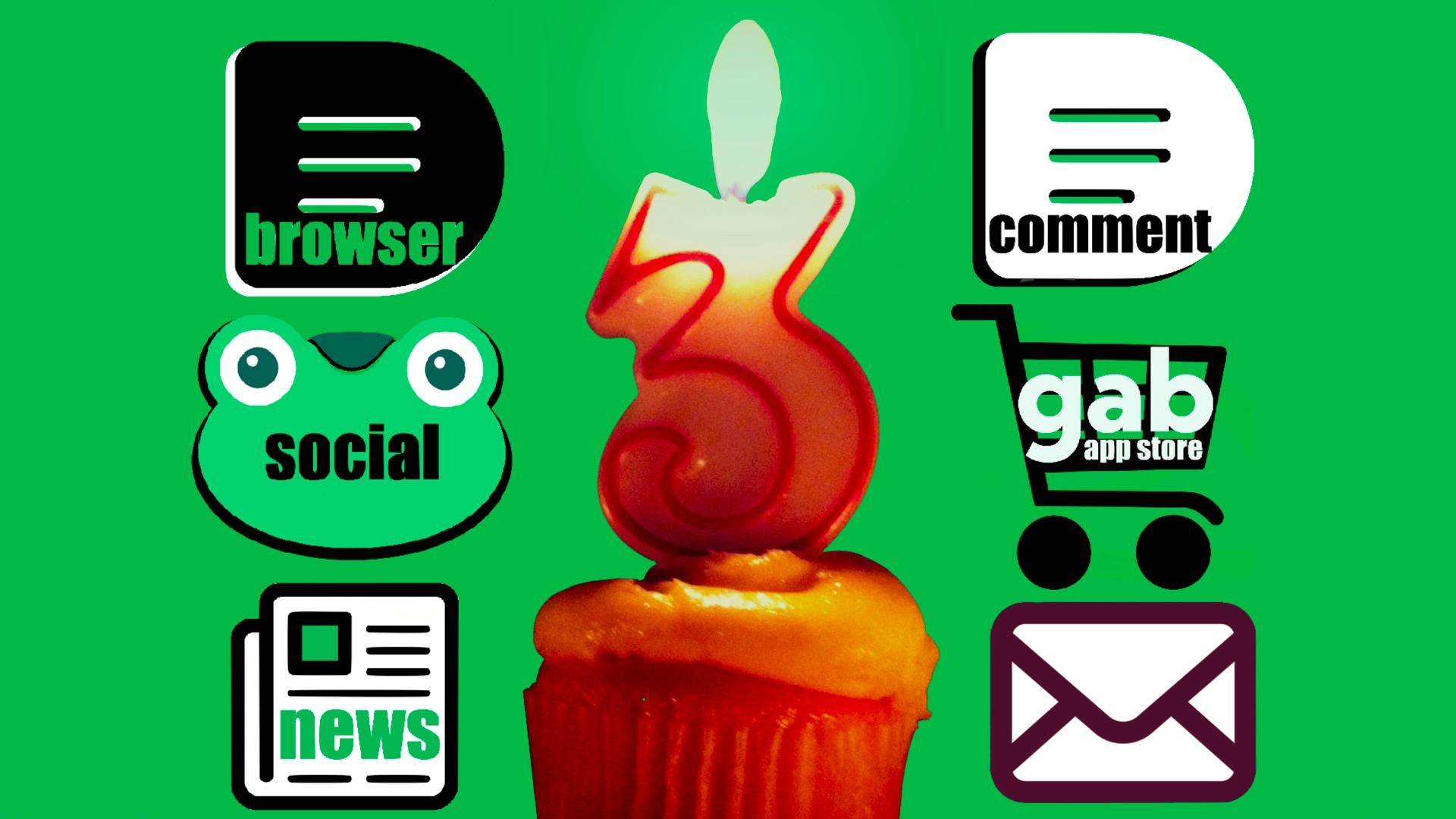 Three years ago I was sitting in a coffee shop in San Francisco when I launched a new project called “Gab” into private beta testing. Months prior I had witnessed the rise in censorship happening across every social platform. It wasn’t just hearsay or a rumor, I was experiencing it first hand myself.

As a prolific user of /r/The_Donald I witnessed viral posts of mine stripped from the front page of Reddit dozens of times. Then every post from that community stopped showing up all together.

I watched as Pro-Trump Twitter accounts were banned, including some of my favorite anonymous content creators who were helping to propel Donald J Trump to the Presidency.

Finally in May of 2016 I read about the Facebook whistle blower who exposed that Facebook was indeed rigging their trending topics product to bury conservative pundits, sources, and information from a product seen by billions of people every month as “news.”

The best problem for an entrepreneur to solve is their own, and I had one: Silicon Valley censorship was real, it was happening, and it was very obviously going to continue to get much worse.

Within just a few weeks time we would have tens of thousands of users and hundreds of thousands of people on our waiting list. Less then a month after we launched I would experience my first taste of the dishonest and cancerous sophistry in the mainstream media. Gab was smeared as “alt-right,” by one bimbo blogger and this launched a three year war with the media.

It didn’t take me long to start fighting back and treating them like the lying trash of fading irrelevance that they are. This media controversy drew more and more attention to Gab, which in turn brought more and more people to sign up. It still does to this day because they can’t help themselves. They aren’t very bright or intelligent people.

Over the course of the past three years Gab has been banned from the following:

I refuse to have a pathetic and weak victimhood mindset about this list. I instead hold it up as a badge of honor. Medals of war. Achievements. This list inspires me. It’s my roadmap of problems that need solving and that is exactly what we’ve been doing.

Gab is no longer simply “the Twitter alternative.” It is the Silicon Valley alternative. It’s a message to the tech oligarchs: we will replace you and The People will take back control of their data and the flow of information on the internet.

Highlighting the media smears and no-platforming is part of Gab’s story, but what is more important is focusing on just how much we’ve accomplished despite these things.

Gab has a decentralized and open source social network with 1,030,659 registered users.

Gab has an open source web browser that blocks big tech ads and trackers with over 300,000+ downloads.

Gab has a browser extension that empowers anyone comment on any URL on the internet with over 100,000 users.

Gab recently launched an app store with tens of thousands of downloads.

Gab recently launched the news website you’re reading this on.

Gab raised $2m directly from our users, who are now our shareholders.

Accomplishing all of this in three years while being relentlessly smeared by every major media outlet around the world, doxxed, threatened, swatted, DDoSed, and worse was only possible thanks to The People. They never give up on us and we in turn never give up on them. I also attribute my faith in Jesus Christ, the power of the Holy Spirit, and the unwavering support of my family and my beautiful wife as the sole reason I personally am still standing after walking into the depths of hell and back.

I’ve never been more optimistic for the future of Gab and for the future of free speech online. The decentralized and open source future is already here and Gab is the tip of the spear. So thank you. Thank you for the best three years of my life.

Here’s to many more.