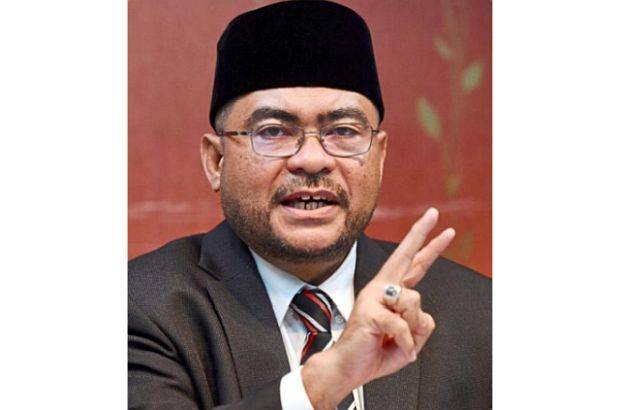 Malaysia Aims To Have “Hate Speech” Laws Sometime This Year

Minister in the Prime Minister’s Department Datuk Seri Dr Mujahid Yusof Rawa (pic) hopes that by this year, a hate speech element will be included in the Sedition Act and the Commission of National Harmony and Reconciliation would be set up.It was time for Malaysia, said Mujahid who is in charge of religious affairs at the ministry, to enact laws dealing directly with hate speech.

“When the new government took over, I personally felt that it should take up the task in order for us to bring that Bill forward, ” he said. Mujahid said after discussions, it was agreed that a hate speech element would be included in amendments to the Sedition Act.

“What remains is the Commission of National Harmony and Reconciliation. This commission will play the role of proactively educating, propagating (harmony) and mediating racial or religious sentiment, ” he said. Mujahid said he hoped that by this year, the commission would be set up and a hate speech element inserted into the Sedition Act.

He said although the Penal Code could be used to address situations of incitement, Malaysia required a special law that should be the framework of governing hate speech.“There are many laws used but in terms of race relations and religious hate, there needs to be specific amendments to address the problem individually rather than looking into laws which cover a bigger scope.

“It is high time that the government introduced hate speech law because the rise of hatred between race and religion is now common- place, especially if we look into what is being said on social media, ” Mujahid said when contacted.He was responding to an article in The Star on whether Malaysia should adopt a comprehensive piece of legislation addressing all issues relating to hate speech, particularly in light of current controversies relating to race and religious sensitivities, and the widespread dissemination of provocative statements online.

Among the issues are those concerning Dong Zong, controversial Indian Muslim preacher Zakir Naik and the Bangi road rage case.Mujahid said there should be a clear definition of what amounted to hate speech to distinguish these from an individual’s freedom of speech.“Freedom of speech is always guaranteed but within it, there should be freedom with responsibility. Any form of freedom which has been misused or abused for any contribution of hate and which deteriorates race and religious harmony could be considered an abuse of that freedom, ” he said.

Any law on hate speech, said Mujahid, must be drafted in such as way that the standard of accusation would be high, and the definition of what constituted hate speech clearly outlined to avoid any potential misuse or abuse of the law.Last year, three Bills spearheaded by Mujahid were proposed to curb racial and religious hate in the country: the Anti-Discrimination Bill, the National Harmony and Reconci-liation Commission Bill and the Racial and Religious Hatred Act. Under these three laws, instigators of racial and religious hate could face jail of up to seven years or a RM100,000 fine.

However, in April, Minister in the Prime Minister’s Department in charge of National Unity and Social Wellbeing P. Waytha Moorthy said that the government would consider setting up a National Harmony and Reconciliation Commission instead of the earlier proposal to table the two Racial and Religious Hate Crimes Bill and the National Harmony and Reconciliation Bill as the drafts of these two Bills had overlapped with the existing laws.

Waytha also said the suggested provisions could be amended into the Penal Code.At present, many separate laws are used to regulate such behaviour. Among these are Section 503 to 505 of the Penal Code, the Sedition Act 1948 and the Communications and Multimedia Act.However, critics argue that these laws can be wide-ranging or archaic, and need to either be amended or abolished.

In January, Home Minister Tan Sri Muhyiddin Yassin said the government was studying six security laws with the view of either amending or repealing them. Among the six include the Sedition Act.

Source: Mujahid hopes to have law on hate speech this year | The Star Online