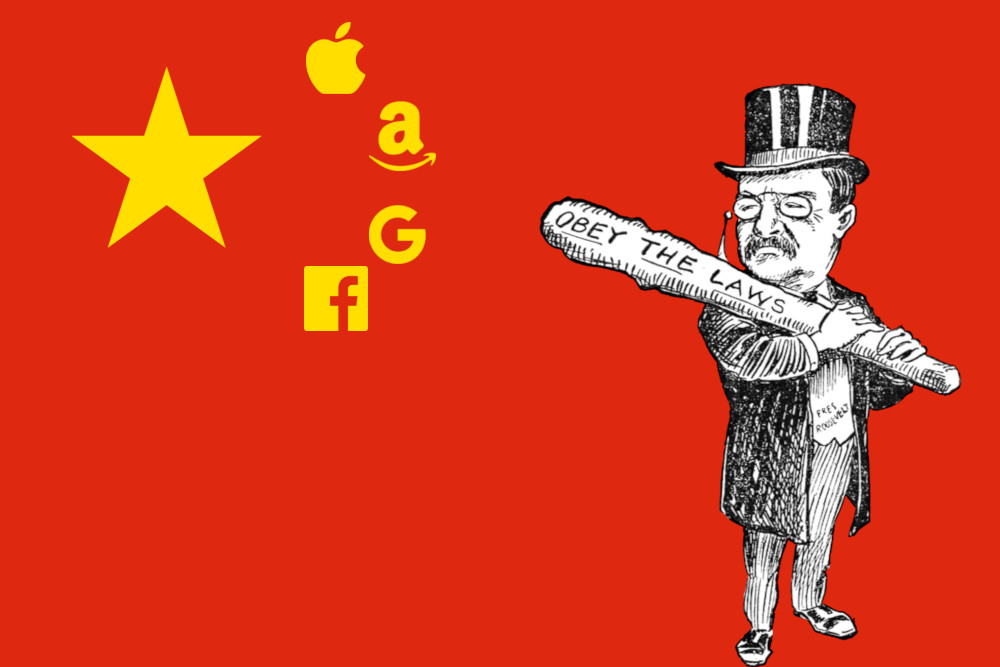 In the past week Apple, Blizzard, and the NBA have all bent the knee to Chinese Communists for the sake of money and political correctness. South Park, on the other hand, doubled down on freedom and mocked the Chinese. We need to shame those who bend. We need to support those who double down.

Don’t use Chinese apps, or American apps that pander to China. https://Gab.com is based in America, follows American law, and extends American free speech protection to all our users, anywhere in the world. Today, tomorrow, and always.

We’ve taken heavy flak for the last few years for our free speech stance. We’ve been deplatformed by dozens of Silicon Valley service providers for it. Maybe now, after this China news, you understand why https://Gab.com doesn’t compromise with the censors.

Gab.com will protect the political speech of any user -anyone, anywhere, no matter their ethnicity, creed, gender identity, or any other personal characteristic – as long as their speech is legal in the United States. That’s our promise.

Silicon Valley “leaders” go out of their way to appease the Communist Chinese. So much so, that it would make any normal person cringe. Take Mark Zuckerberg for example who allegedly offered President Xi of China a chance to name his unborn daughter. Or when he spent a year learning Mandarin to pander.

Or take Reddit, which had no problem accepting a $300m investment from China’s Tencent.

Gab is a US-based brand that seeks to be overtly identified with AMERICAN values. We won’t apologize for it. We won’t waver on this. The Communist Chinese can kiss our red-blooded American ass.