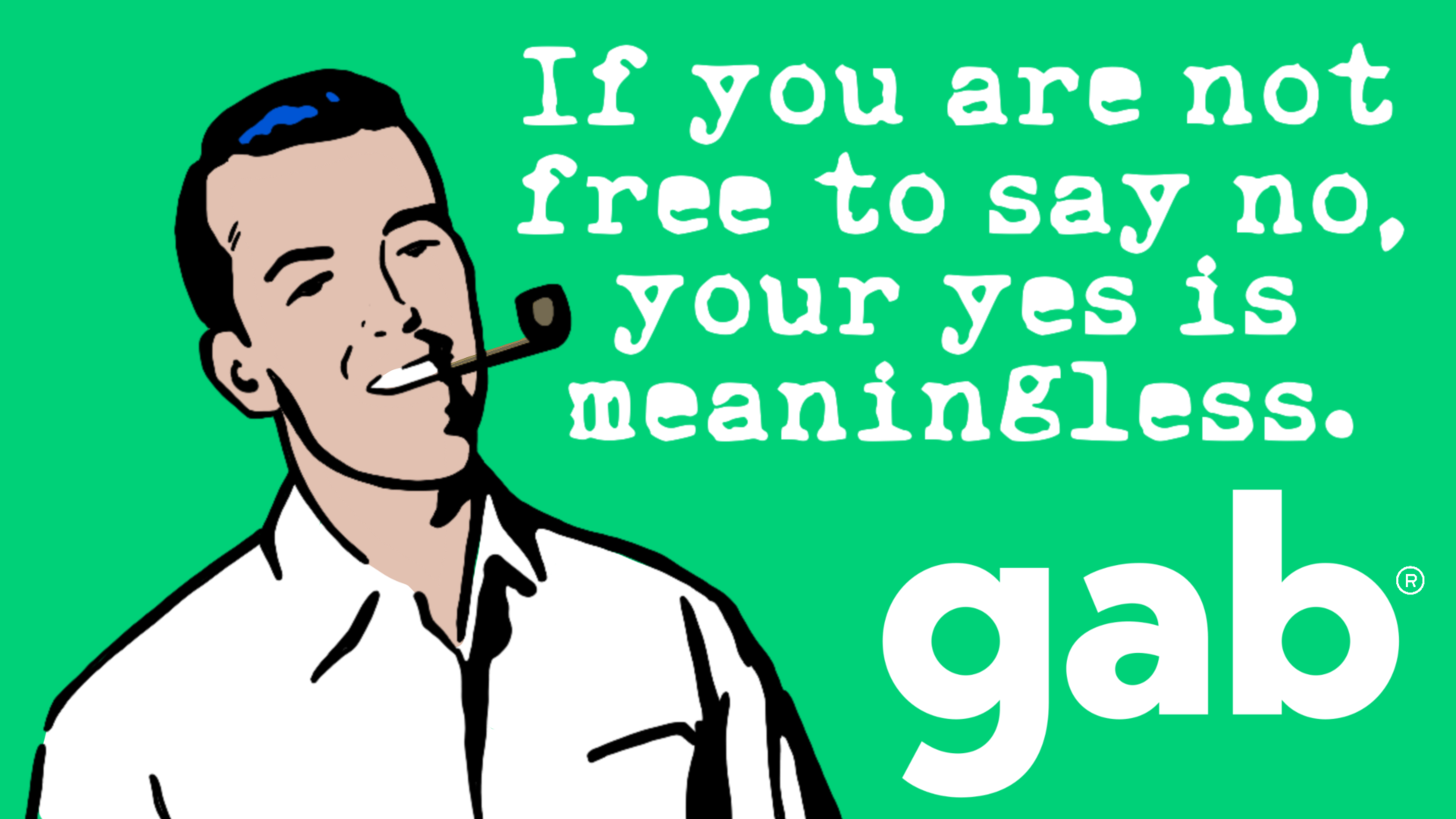 In 2016 when Big Tech started to crack down on “hate speech” I along with many others were quick to point out the “hateful” speech directed at white people, men, Christians, and minorities who dared to step outside the orthodoxy of the “woke” progressive cult.

This was admittedly a mistake. Adopting the enemy’s weaponized language is futile and foolish. By embracing the language of the cult, we legitimatize it. The reality is: “hate speech” doesn’t exist. In fact, before the late 1980’s the term didn’t appear in any books or in our national discourse at all.

“Hate speech” is any speech that uncovers taboo truths that everyone is thinking, but no one dares to say out loud. It’s speech that counters the programming narratives of the oligarchic elite. “Hate speech” is weaponized language. It’s a tool used by those in power to silence dissent at all costs. I refuse to acknowledge and thereby legitimize it, because it’s not real. The Supreme Court of the United States unanimously agrees with me on this fact.

Gab has no hate speech policy for the same reason we don’t have a policy on Bigfoot. We are not going to pretend to enforce arbitrary rules on made up weaponized language that has no real meaning.

Recently we’ve seen other made up words and phrases being used as a weapon by the oligarchs and their media elite pawns. “Systemic racism” is one of these terms. This phrase is yet another example of weaponized language that did not exist in our lexicon prior to the 1980’s.

Conservatives are falling for the oligarch’s trap and buying into their weaponized language. This isn’t very bright. As @At4V1SM noted on Twitter, “Conservatives think appropriating progressive terminology is clever; in reality, they are ceding cultural ground and allowing things to drift even further to the left.”

This weaponized language is created to be “attack proof.” Who would dare say “I agree with hate speech?” Who would dare say “systemic racism” isn’t bad? This is word wizardry. It’s specifically crafted to cripple any form of dissent and to only hold power when used by the left. Projecting their own weapons back at them has no effect. In fact, it only makes those weapons stronger when used against you.