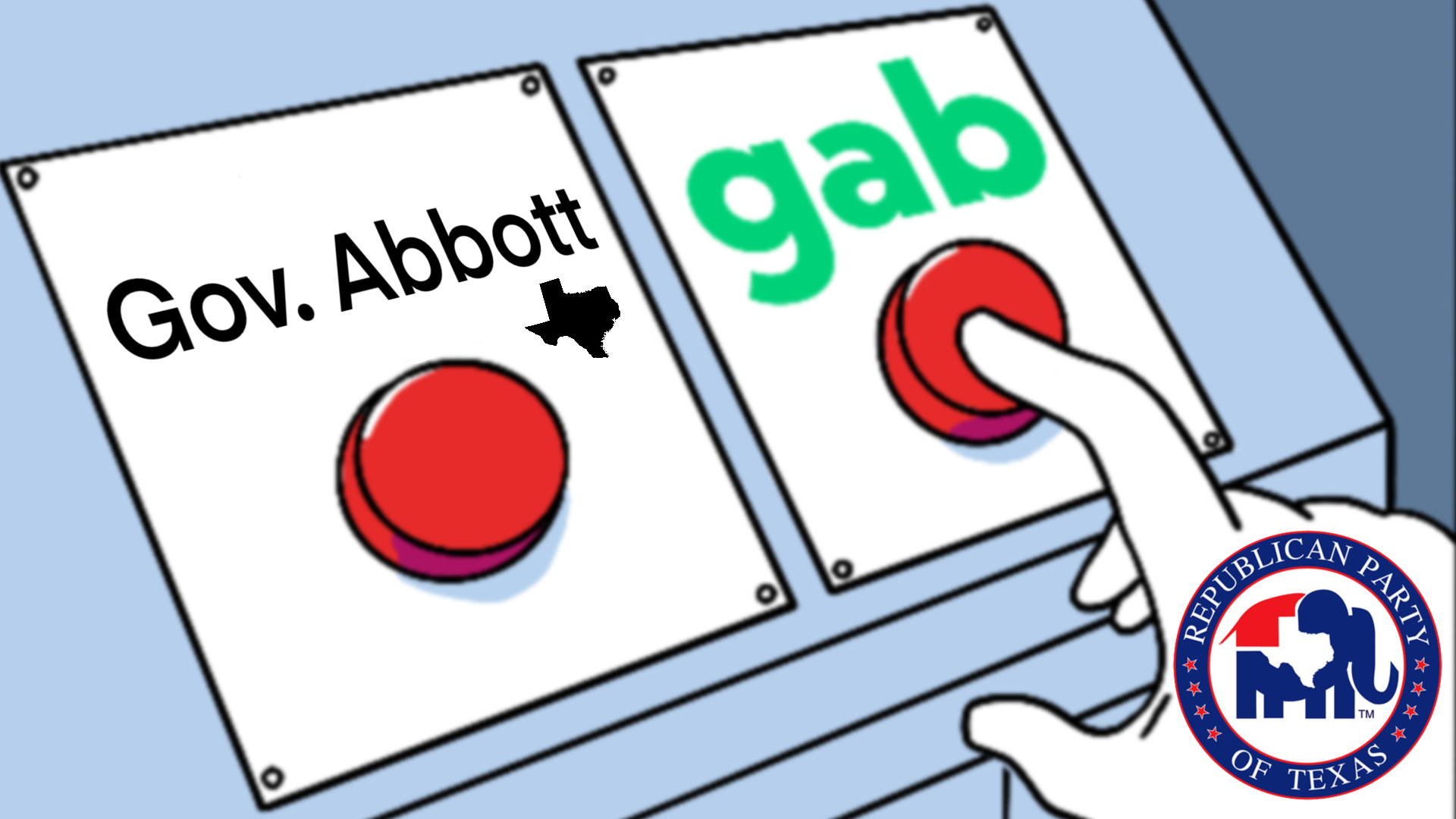 Gab Is Too Big To Ignore

When I first watched the video of Gov. Abbott saying Gab had “no place in Texas,” I truthfully thought it was a deepfake. There was no way that the Governor of Texas explicitly called out the website I run with my family from an undisclosed rural farm in Pennsylvania.

I hit play again. “Anti-semitic platforms like Gab have no place in Texas and certainly do not represent Texas values.” I did another double take, but quickly confirmed it was a video shared from Gov. Abbott’s verified Twitter account.

This was it. This was Gab’s moment.

We had become too big to ignore.

Set aside the nonsensical claim that a viewpoint neutral technology platform is “anti-semitic,” as I and many others, including Jewish Gab users, have debunked at length.

The Governor of Texas, a Republican governor at that, was using his position of authority as a representative of the State to attack a startup technology company run by a Christian man whose entire mission is to defend free speech online.

If Christian American entrepreneur defending free speech in the free market doesn’t represent “Texas values,” then I don’t know what does.

The simple truth of the matter is that the GOP Establishment can no longer ignore Gab. They’ve done so at their own peril for five years now while they whined about “Big Tech censorship” without ever actually doing anything to stop it.

Gab is not only too big to ignore, our community is a force to be reckoned with. The big mistake that Gov. Abbott and his cronies like the liberal subversive Cat Parks made was in thinking that we were too small to fight back against his despicable comments.

Over the weekend I sent out millions of emails to crush Gov. Abbott’s false narrative about the Gab community. Dozens of news articles were written and thousands of people dunked on Gov. Abbott’s tweet to make him the hypocritical laughing stock of Twitter, and his own party, for several days. I’m sure his office phone and email inbox were fun to manage as well.

You know what they say: “don’t mess with Gab.”

Gab has reached a point of critical mass. Every 90 days our traffic and growth compounds and explodes to new highs. Every month tens of millions of people from around the world are using Gab’s services to access the free flow of information online.

Gab will absolutely without a doubt be a tremendous force in the 2022 and 2024 election cycles. This little fiasco with Gov. Abbott should serve as a lesson to the rest of the GOP and to the establishment in general: get on Gab, or get out of the way.

In the end, that’s exactly what Gov. Abbott’s own party did.