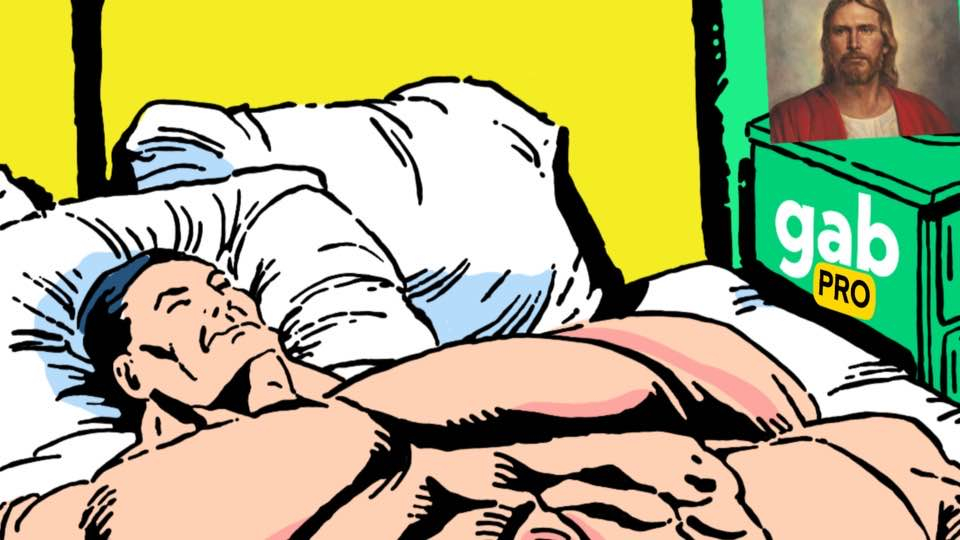 I am a college student. I was a liberal but recently have become more conservative.

I am very frighted by the liberal drift in the Southern Baptist Convention. I don’t know if you have seen the recent report on SBC president candidates by the SBC Youth Brigade, but I support it 100%. Check it out. It’s the most important thing you’ll read this month.

This is a troubling time for the SBC. In 2019, more people left the SBC than ever previously recorded. Many younger conservatives, we know, have left the SBC because of the liberal drift. Left-wing nutjobs like Russell Moore, JD Greear and Danny Akin have driven the SBC into the ground. It’s time for change. It’s time for a Second Conservative Resurgence.

This caught my attention for several reasons. First, the Southern Baptist Convention is the second-largest Christian denomination in the United States with over 47,000 congregations and 14.5 million members. Like everything else in this country, and indeed in the modern “Christian” faith, the Southern Baptist Convention has been leaning into “woke” ideology and the false imitation gospel of social justice instead of the Gospel of Jesus Christ.

Secondly, it appears that there is a reform movement among the youth, which is very promising. As I continued reading the email that is being circulated around South Baptist Convention circles, my jaw hit the floor with how based these kids really are becoming. The ideas and bold demands they are making were unthinkable even just five years ago.

When I finished reading the email it hit me: the Holy Spirit has captivated and energized the youth. The kids are Christian Nationalists. There is no turning back now. These young men and women have absolutely nothing to lose by speaking the Truth boldly and calling out the wickedness of critical theory, mass immigration, and the destruction of The West and indeed Christendom itself.

What is the worst that can happen? Someone calls them a “racist?” Who cares. They are leaning into it, as they should.

We have reached the point where young people are so fed up with critical theory race baiting that they are making TikTok videos mocking being called a “racist” with replies like “ya I am, so what?” Satirical irony, mockery, and comedy are all great weapons against this madness.

Unlike the generations before them, young people are not afraid of being called a “racist” because in today’s world that word has lost all meaning. When you ascend beyond the paralyzing fear of being called a simple word you tend to speak the truth of what everyone else is thinking but is too afraid to say out loud more boldly.

This type of response totally paralyzes the enemy. They have no idea how to react. Instead of getting defensive and cowering in fear, simply lean into their madness and make a mockery of it.

If I had to take a guess the number of young Christian Nationalists is in the tens of millions and growing by the day. Disillusioned youth are veering away from the destructive false god of liberalism and embracing Christ.

There is absolutely nothing on earth that the likes of the ADL, SPLC, and mainstream media can do to stop this spiritual awakening of the young and old alike.

Jesus is King, Logos is rising, and God’s Will is being done.

From the Christian Youth Brigade:

As younger, conservative Christians, we demand the following:

– Our #1 priority has to be stopping the third world immigration and refugee invasion of the USA and Europe.

– Stop mandating the teaching of “Young Earth Creationism,” which is absolutely retarded and only appeals to people with low IQs.

– Return to Christian High Culture. Christianity once produced Bach and Chartres. Now Christianity celebrates low IQ trash like “Christian Rap,” which, according to Word Sum, is the lowest IQ form of “music” ever produced.

– Get rid of all the girly-men preachers who cry like fagg0ts about “duh racism,” “help duh refugees,” and “duh Christian nationalism is bad.” Call out these liberal cuckstians, who, with their liberation theology, cry like fagg0ts about not accepting refugees or deporting Third World invaders. These beta male manlets are a cancer upon Christianity.

– Stop corrupt open-borders lobby groups, such as the satanic Evangelical Immigration Table, which is funded by George Soros.

In short, we need to stop the Third World immigration and refugee invasion. No amnesty. Immigration moratorium. Build the wall. Deport them all.

Did you know that Israel is building a wall, refusing refugees, deporting Africans? Why can’t the West do the same? We need to do the same if we are to survive.

The Bible is not an open-borders, anti-white suicide cult. It’s 100% acceptable for Christians to oppose the invasions of their own countries.

Based and Christ-pilled. While the approach may seem aggressive to some, I would argue that this type of hard pushback against the current madness spreading through Christendom requires it.

I was a little confused by the attack on Young Earth Creationism as this seems like a distraction to the bigger core issues at hand, but overall this is a solid list.

These young men have a righteous disgust with the current leadership in the Southern Baptist Convention and are working to seize control of the organization for Christ. Praise God for that.