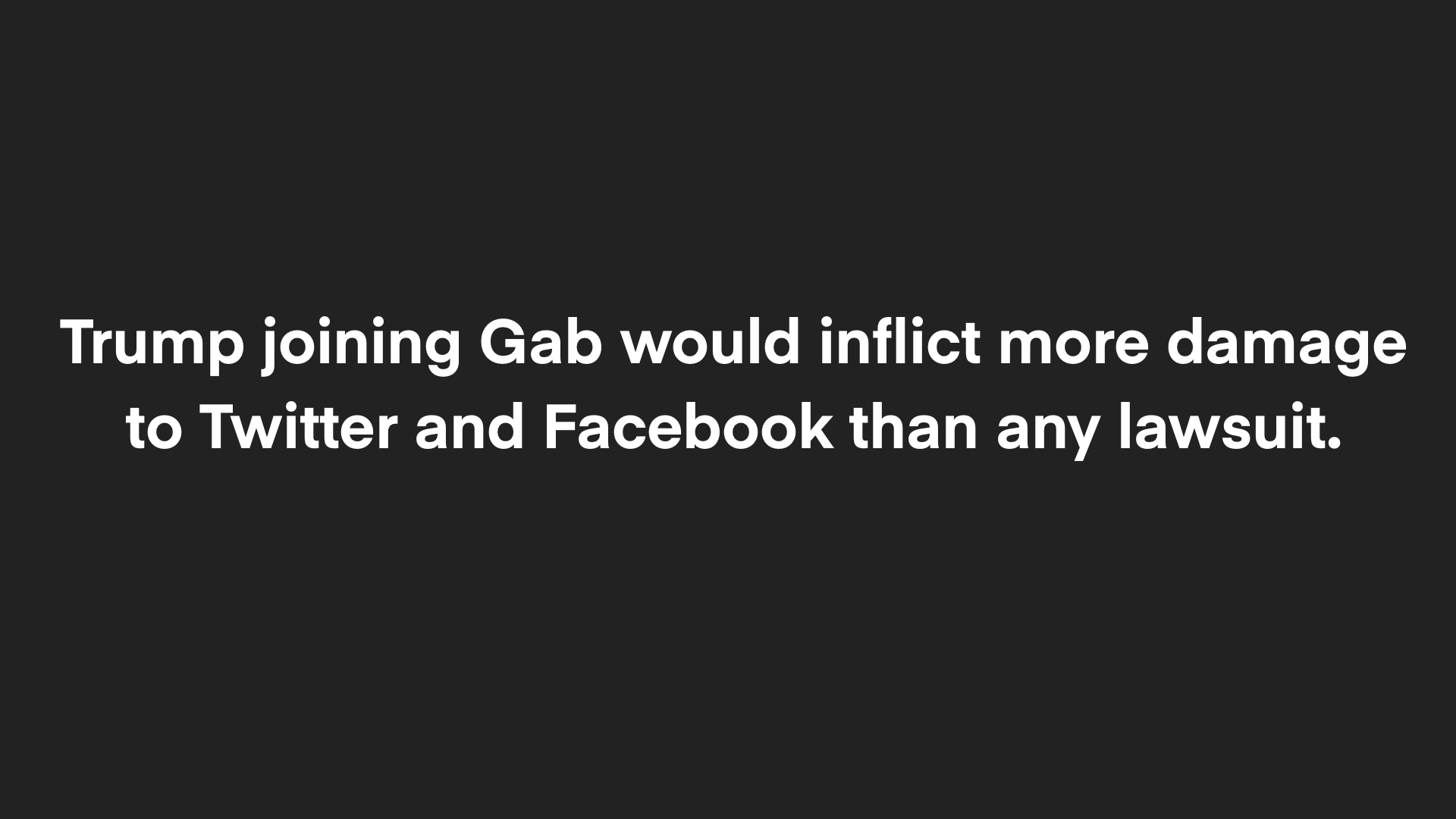 The internet went wild with speculation thinking that Trump would finally introduce his long talked about social media platform, but alas the announcement was only for a lawsuit that is inevitably doomed to failure.

Immediately after announcing this “big news” the President’s team sent out a barrage of fundraising emails asking for financial support to fund this initiative. I’m going to recommend strongly against giving any amount of money to this effort and I’d like to explain why.

The real solution is not lawsuits where the only winners are a bunch of lawyers and the grifters around President Trump who will be laughing to the bank when this lawsuit inevitably goes nowhere.

As I have written before, the “repeal Section 230” narrative is being pushed by Silicon Valley. The “make exemptions to the First Amendment in order to shut down private businesses” is being pushed by the American Jewish Congress and former Republican members of Congress.

Section 230 protects technology companies, including Gab, from being held liable for the speech others. It does NOT prevent them from exercising their own free speech rights, nor should it. Big Tech companies will easily argue and win in court defending their right to free speech and their right to moderate the platforms as they wish.

Every person who has tried to sue Big Tech under similar pretenses has failed. President Trump is not the first to make these arguments and sue. There is plenty of legal precedent on this issue and it most certainly lands on the side of Big Tech.

So why is President Trump pushing these globalist narratives with this bogus lawsuit?

Why is he continuing to go after Section 230 and the First Amendment, ironically under the guise of defending his own free speech, despite their irreplaceable importance to protecting our civil liberties?

Perhaps the answer is not something that Trump supporters, including myself, want to hear.

What are we, as Trump supporters, to make of these anti-free speech actions of President Trump? It seems to me that the speech President Trump cares the most about protecting is his own.

Otherwise why was nothing done about this problem while he was in office and his supporters were being censored and banned by the millions for years? It was only when he himself was banned from the internet did this suddenly become a priority.

These are all questions that need answers, but I digress.

The one good thing about this lawsuit is that it will once again put the most important issue of our time at the forefront of the global conversation.

Silicon Valley censorship is the single biggest threat to the Republic and to freedom since the founding of the United States of America.

Facebook has more power than the President of the United States. Apple and Google have more wealth and power than almost every sovereign nation on this planet. These are undeniable facts, the question is what do we do about it?

The only way to remove their power is to stop giving it to them. Exit their systems of control and start building a parallel economy and internet.

The way to fight back is really very easy: delete your accounts and start building with us. Gab and others are laying a firm foundation of freedom for generations to come, just as the Founding Fathers did before us.

Won’t you join us?