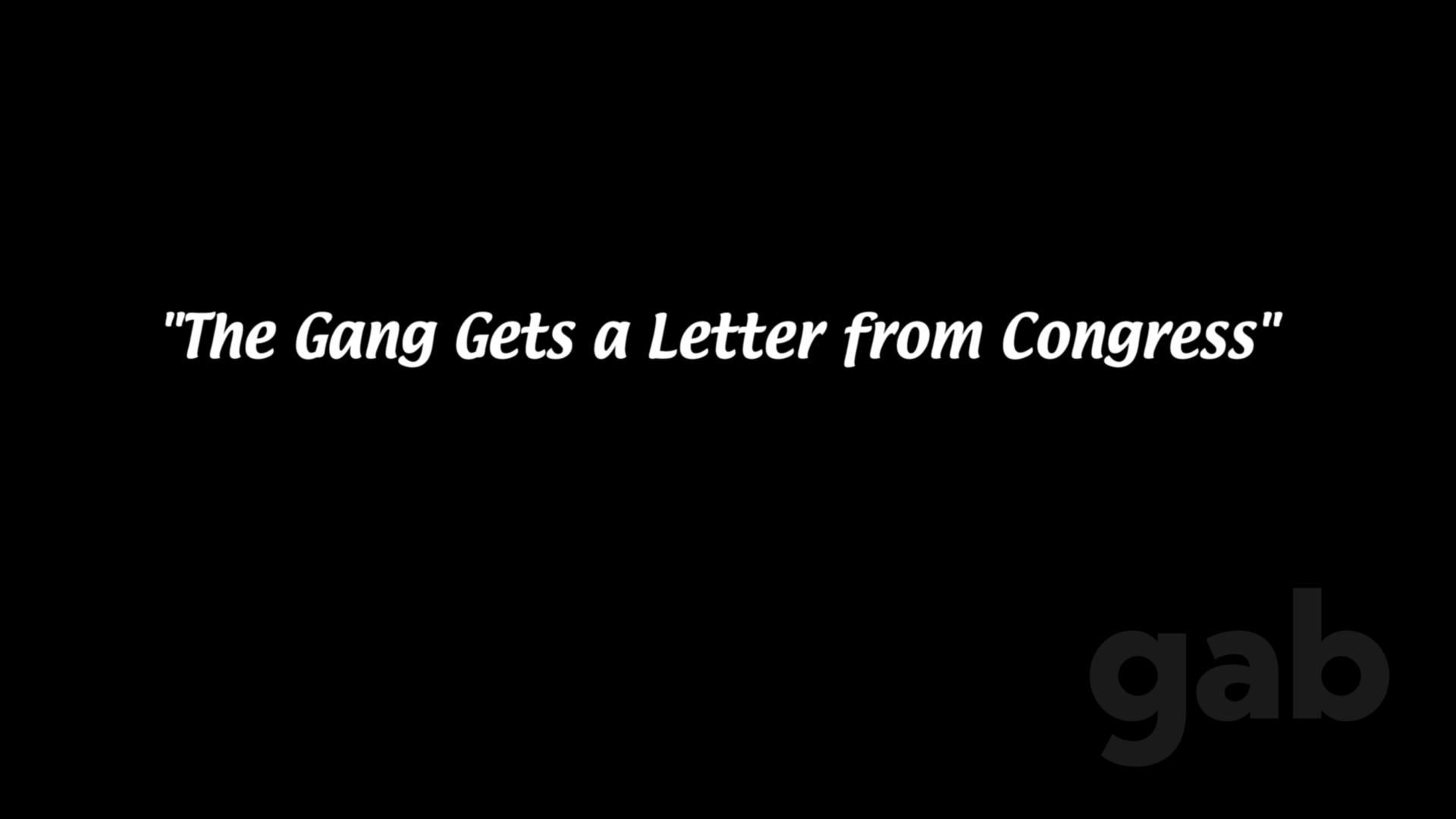 Following Gab’s receipt of a letter from the January 6th Committee investigating the protests at the U.S. Capitol, we responded to Congress today to set the record straight about Gab and its role, or rather its lack of a role, in the events of January 6th.

We told Congress that Gab exists to promote freedom of speech.  By this we mean all written or spoken expression protected by the First Amendment of the U.S. Constitution.  No more, no less.  We accordingly have a longstanding zero-tolerance policy towards threats of violence and use of our platform for criminal purposes.

As to controversial, but nonetheless legal, speech, we believe – as Justice Brandeis did – that “sunlight is the best disinfectant, electric light the most efficient policeman.”   This means that Gab seeks to serve as an online home for dissent, whether it emanates from protestors in Hong Kong, Russia, or the United States.

Sometimes this means that Gab finds itself hosting people or ideas wide segments of a given population regard as loathsome or evil.  It is not our place, nor should it be the place of any technology company, to interfere with Americans’ civil rights and sit in judgment over their lawful expression.

We also told Congress that official disfavor is a fluid concept capable of varying from place to place, time to time, and even, in this information age where new knowledge can be published and disseminated worldwide nearly instantaneously, day to day. Conflicts between the ruling class and disfavored ideas or people are not particularly novel phenomena.

Throughout history, men like Socrates, Galileo and Einstein, and Cheng Guancheng as well as women like Virginia Vallejo, have variously been murdered, targeted for assassination, imprisoned, fired, and/or seen their works publicly burned on account of their beliefs.

In each case, these people – good people, normal people without political power – were persecuted because their viewpoints were, in one way or another, perceived as a threat to the established order, a view often shared by substantial majorities in their respective societies as well as their rulers, and there was no legal, normative, or technological infrastructure to restrain wielders of power from abusing it.

For more than two centuries the U.S. Constitution, and in particular the First Amendment, has served as a bulwark against such abuses, not only at home, but for those abroad who seek safety here.  Titans like Solzhenitsyn, Einstein, Guangcheng and Vallejo, and legions of others – including tens of thousands of urban Afghans evacuated by the United States in recent weeks – all sought, and will continue to seek, refuge beneath the impervious shelter for free thought that is the First Amendment and American rule of law.

But the normative foundation upon which that shelter was built is at risk. The reality of social media content moderation practices today is that large swathes of commonly-held viewpoints and belief systems are systematically discriminated against on the Internet’s largest websites.

That this censorship should be implemented by privately-owned technology platforms rather than by the government may reassure constitutional law professors, but it is of little comfort to the average Internet user on the business end of a non-appealable account ban.  American citizens may have freedom of speech, but they find themselves with vanishingly few public forums in which to exercise it fully.

We believe, as the Framers did, that commercial activity that facilitates free speech is essential to the healthy functioning of American democracy.  James Madison foresaw this presciently in his 1791 letter to the National Gazette:

Whatever facilitates a general intercourse of sentiments, as good roads, domestic commerce, a free press, and particularly a circulation of newspapers through the entire body of the people, and Representatives going from, and returning among every part of them, is equivalent to a contraction of territorial limits, and is favorable to liberty, where these may be too extensive.

Our web properties are among only a handful on the Internet where Madison’s “general intercourse of sentiments” can presently flow unimpeded by corporate interests, opaquely funded NGOs, and activist groups.

Gab has no doubt that the Framers would approve of our approach. Despite this, Gab has been the subject of a years-long smear campaign by activist groups and boycotted by virtually every technology company of consequence – Amazon, Apple, Coinbase, Facebook, Google, Microsoft, PayPal, Stripe, and Visa included – because of our refusal to change our First Amendment-based moderation policy.

As Gab is a free-to-use online publishing platform, it is inevitable that criminal actors will seek to operate on the margins of what is legal and acceptable or even abuse our services, as indeed they abuse all online services.  Gab believes in the rule of law and works hard to ensure that our services are denied to these bad actors.  Sometimes bad actors slip through, however, and Gab relies on law enforcement to advise it of criminal use of the platform so it can ban criminal users and provide appropriate assistance to any investigation.

By aligning our policies with the First Amendment and adopting a cooperative stance towards U.S. law enforcement, we believe that we are providing an essential service for our democratic society in a socially responsible way.

We are cognizant our users are curious to know how we responded to the Committee’s request for production of documents. Please find that response, in full, below.

All the glory to God,