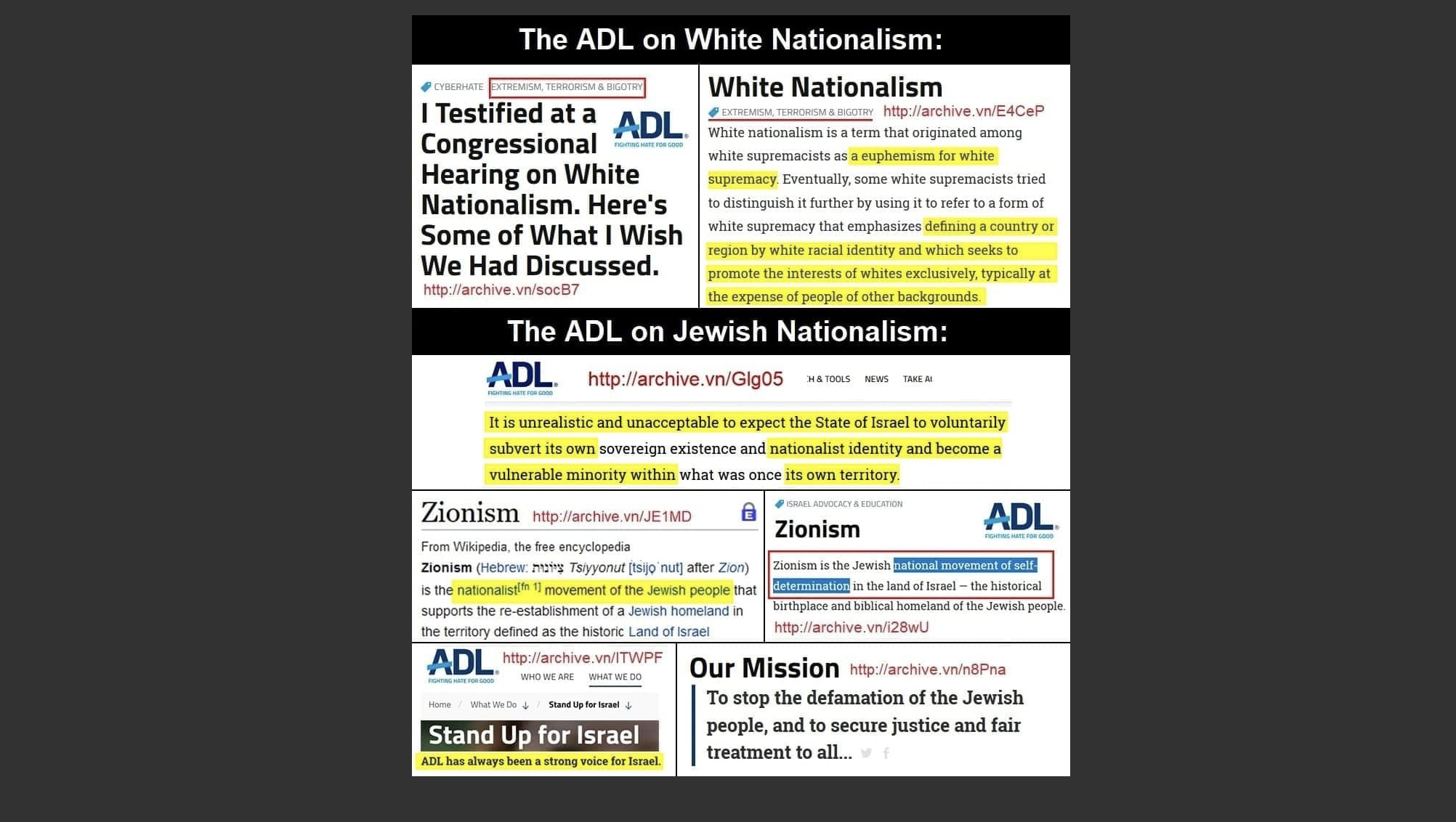 Gab’s Response To The ADL

A hit piece was published this morning in the Washington Post and Newsweek based on a “report” published by the ADL. The report highlights how people post Gab links on Twitter that the ADL doesn’t like.

Twitter is so low on our referral source traffic list that it doesn’t even register in our top 15 sources of traffic. Yet that’s what the ADL targeted because they have no power anywhere else. 95% of our traffic is direct, meaning we don’t depend on Google, Twitter, Facebook, or anyone else. People come directly to Gab.

The ADL is an anti-Christ, Anti-American, and Anti-White hate organization. They should be registered as a foreign agent under Foreign Agents Registration Act for their operation in the United States on behalf of foreign interests in Israel.

The ADL is a Jewish organization that serves the interests of Jews and of Israel. Stating this fact isn’t even remotely controversial nor is it “hateful.” In fact the ADL openly boasts about these facts, but because a Christian man dares to say these things out loud the ADL cries “anti-Semitism!”

Remember the time I responded to the ADL with “Jesus is King” and they called it “thinly veiled antisemitism?” If you believe Jesus is King, as I do, the ADL will call you an “anti-semite.” Who cares? Let them. Their shame words only have power if you let them. Don’t apologize for anything. Double down.

I often wonder if this repeated pattern of the ADL smearing and attacking good Christian people as “anti-semitic” is a result of their profound Christophobia or if it’s just merely an expression of their Jewish privilege.

The ADL can call me and Gab whatever shame words they want, but they can’t say I’m wrong. The real problem for them here is that I don’t answer to the ADL. I answer only to the King of Kings my Lord and Savior Jesus Christ. Period. They hate Him first, and therefore they hate me too as He said they would. (John 15:18)

The ADL can try and pressure Twitter to censor Gab all they want, but they will never stop the signal of the 20 million people and growing who are using Gab’s services each and every month. Gab will never bend the knee to hateful extremist organizations like the ADL.

In the United States of America people have a God-given right to speak freely, to exercise religious liberty, and to protect their bodily autonomy. Reminding people of these rights is not “misinformation.”

If the ADL doesn’t like the rights we have in America, a Christian nation, then perhaps they should move to Israel which is one of the most vaccinated countries on earth and a noted covid hot spot.

Finally, the January 6th Capitol Riot hoax has been widely debunked including by the FBI who found “scant evidence that the Jan. 6 event at the U.S. Capitol was the result of an organized plot to overturn the presidential election result, according to four current and former law enforcement officials.”

The ADL and anyone else who demands that Gab censor legally-protected political speech on the internet can go pound sand.