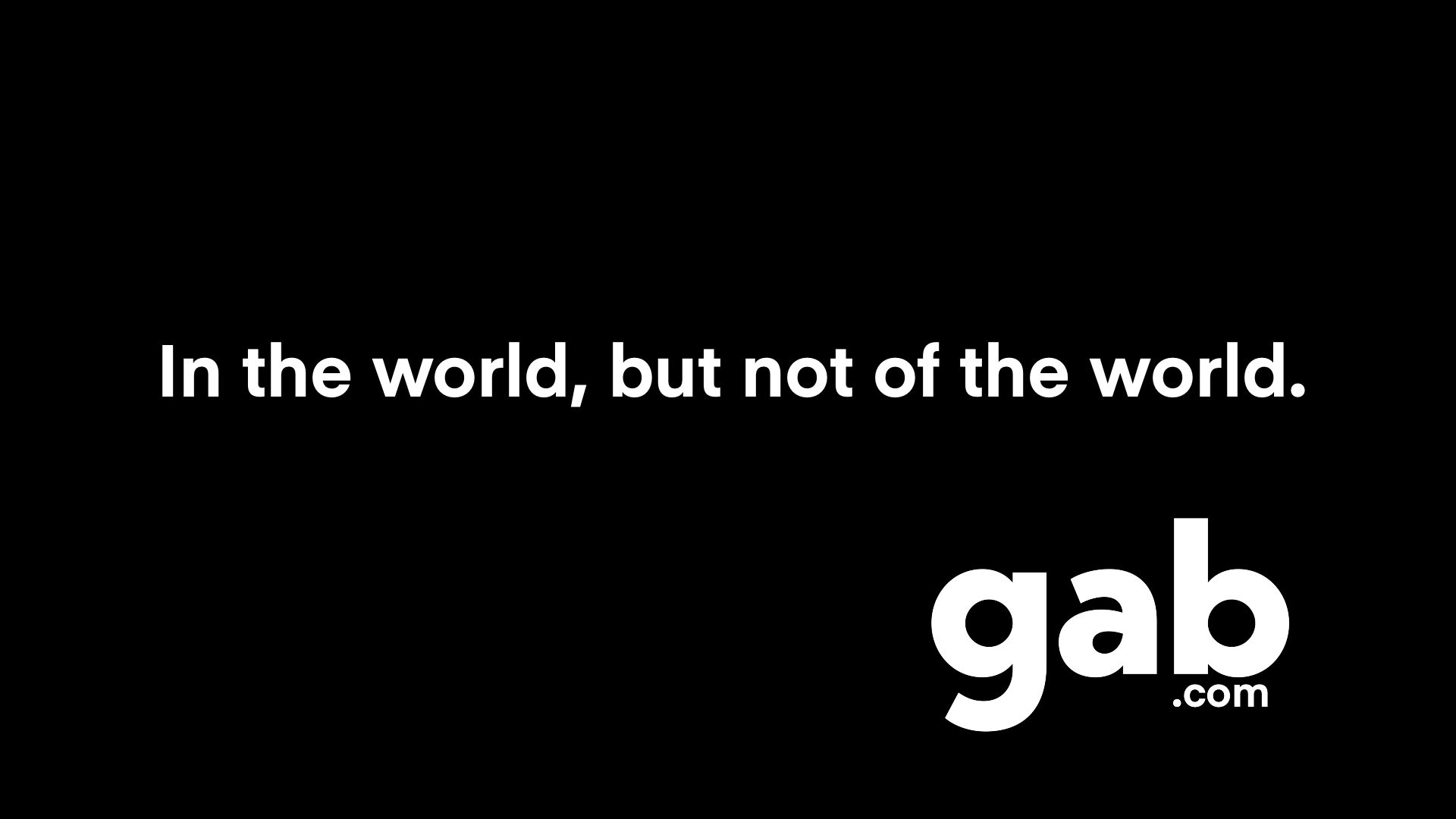 Thousands upon thousands of Christian business owners have reached out to Gab about participating in the parallel economy we are building. There is so much demand for Gab Ads and Gab Marketplace that we are weeks behind on our emails and simply have not had the time to get back to everyone yet.

We have doctors, lawyers, small and medium business owners, stay-at-home moms, and more all eager to participate in a new community filled with the people who share their values.

I sent Andrew’s post about a parallel Christian society to my pastor and he replied. His concern was that we would not be able to be salt and light to other spheres in our society if we lived like medieval monks. I mentioned the time when Christians were in hiding from the Romans and were supported by other Christians. What can I say to encourage him and help him understand?

It’s easy to see where this pastor could have been confused after I highlighted the success of Benedictine monks in preserving the faith through the dark ages in my last post.

To be clear I am not calling for us all to become monks, (unless of course that is what God is calling you to do then by all means do so) but rather I am calling for you to live an authentic Christian life centered around a Christian community with Christian values in obedience to God.

This community exists in the world, but it is not of the world.

I live in the United States, but my true citizenship is in the City of God and Christ is my King. Many of us have forgotten that we are exiles in this world. We wrongfully assimilated to the wicked ways of this world instead of keeping our focus on Christ. We’ve grown comfortable in our sin, in absorbing ourselves in a secular culture that hates and rejects God, and in living in disobedience to God ourselves.

Far too many Christians today are of the world. They call themselves a Christian and they may even attend church on Sunday, but for all intents and purposes they are living a very un-Christian life in a very anti-Christ world.

I myself was very guilty of this, and at times still stumble, but over the past five years I’ve been making a concentrated effort to live my life fully for the glory of God. You have to put in the work and make time for God each and everyday in your life, not just on Sunday. You have to live in this world, but not be consumed and destroyed by it.

Be sober, be vigilant; because your adversary the devil, as a roaring lion, walketh about, seeking whom he may devour

What does being in the world, but not of the world, look like in practice?

It means doing everything possible to remove your children from the satanic state school systems which are forging the Enemy’s wicked and hateful anti-Christian ideologies onto their impressionable minds.

Why are we allowing our children to be raised up by the demonic system that hates Christ instead of raising up our own children to love Christ as we are commanded?

Why are we allowing our children to be masked like animals with a disgusting dirty mask all day long at school against their will and against your own authority and sovereignty as a parent?

Why are we allowing anti-Christian, anti-White, and anti-American Critical Race Theory to be taught in the schools we pay taxes to keep open and upheld by school board members who we elect?

Education is the single most important issue for restoring order and preserving Christian values in the West. Christians are the ones starting families and having children.

If we do our jobs as Christian parents we will raise a new generation of young disciples who love the Lord. If we don’t, the Enemy will continue to capture the attention and indeed the souls of our children and their children’s children.

We are living in one of the greatest spiritual wars in history and the Enemy is playing for keeps. It’s time to start acting like it and get serious about which side you want to be on here.

Thankfully homeschooling is on the rise and this trend needs to continue. It is absolutely essential to building and preserving a parallel Christian society.

Train up a child in the way he should go: and when he is old, he will not depart from it.

The data above shows how people of all age groups spend three or more hours every single day in front of their television. Imagine if that time was spent reading your Bible, or helping someone in need, or building something, or spending time with your kids.

Being in the world but not of the world means taking a pair of scissors to your cable TV box and/or satellite TV systems. Get. That. Garbage. Out. Of. Your. Home.

Stop consuming content from the Enemy’s fear factory pit of hell that is television.They call it “TV Programming” for a reason. They are literally programming your mind to submit to their worldly ways instead of the ways of God.

Fill your time with God-glorifying activities. Explore a new hobby. Learn to create things. I recently picked up carpentry and have been building furniture for my home. A friend pointed out that this time I spend building and creating things is an act of worship. Think of some new ways to learn, grow, and worship God because watching Fox News or CNN for hours a day just isn’t cutting it anymore brothers and sisters.

Forming a parallel Christian society is about taking dominion over the lives of our families and local communities for the glory of God. In practice that means exiting the Beast System and opting instead to do business with, consume content from, and spend our time with other Christians in fellowship and community.

Christianity is experiencing a time of trial and righteous judgement. In many ways we deserve what is happening to us for turning our backs on God, allowing the mass genocide of innocent unborn children, and rejecting our faith in favor of vapid consumerism. God’s Grace is sufficient and it’s not too late for each of us as individuals to take the leap of faith back into His loving Mercy, Forgiveness, and Salvation.

We may not be able to control what happens in Washington, but we can control what goes on in our own homes, in our local communities, and in the upbringing of our children. Let us remember to live a Kingdom-minded life in this wicked world and resist the urge to conform, comply, and be consumed by it.