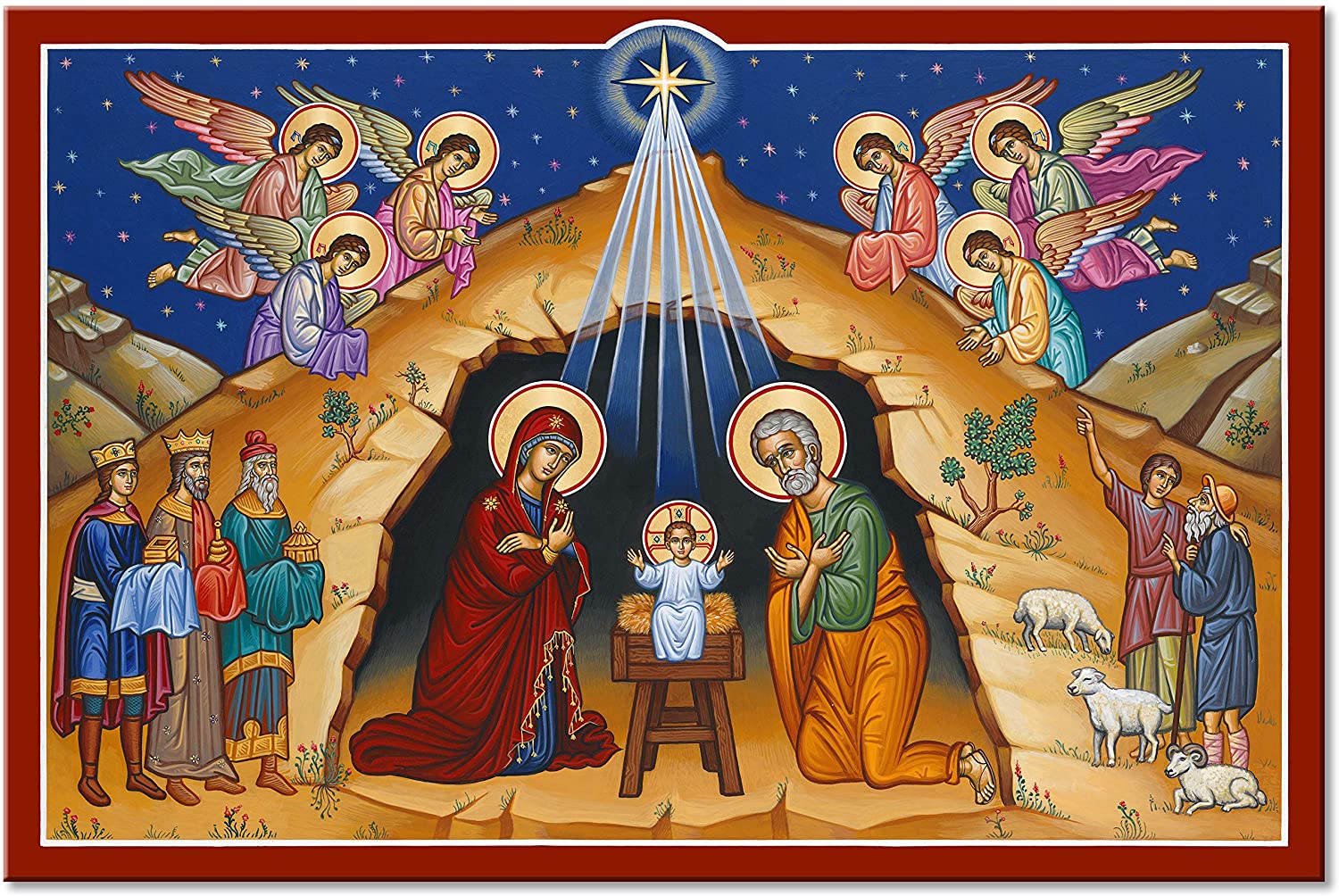 Remembering the Reason for Christmas: Cosmic Implications of the Incarnation

It is usual for the Christmas season to be a joyous occasion filled with so much to appreciate. At the same time, there is a consistent and often predictable amount of voices whose sole purpose is to cause chaos and discord during these Holiest days we Christians celebrate. Of course, this happens every Christian holiday or feast, but it often comes to a fever pitch around Christmas.

We as Christians are bombarded with constant horrible and false arguments claiming various Christmas traditions are pagan or that Christmas itself or Christ himself is just a hodgepodge of pagan practices with a Jewish spin. I’m sure you’ve all had these familiar arguments With someone you know.

While I think it is useful to combat these tired statements and arguments others have done a far more thorough job than I ever could so I decided it would be best to focus on an entirely different aspect we often lose sight of in the wake of these constant demonic attacks on our faith. That Christ became Incarnate in the flesh. So let’s reflect on this for a moment.

All of this is true but often said in a casual robotic sense. Too often we Christians do not truly dwell on the very real and cosmic implications of that “reason” which is the birth and incarnation of our Lord and Savior Jesus Christ.

Before we can fully appreciate what happened in the incarnation we first need to understand the state of humanity which is that we live with an illness that is sin and a tyrant known as death. St. Athanasius talks about death being an all-encompassing reality for humanity something that “In ancient times before the divine sojourn of the Savior took place, even to the saints’ death was terrible…“

Death was inevitable. Life itself we were cut off from.

So God seeing our plight decided upon his own volition to take on a human nature alongside his divinity to humbly come to serve alongside his own creation.

This is the reality we experience, but this was not always the case. Jesus upon his very incarnation began to heal the divide between our image that was created in the image of God and our humanity. The Cure for the corruptive illness that was sin had been offered through his hospital, aka the Church. In St. John Chrysostom’s Sermon on the Nativity he writes beautifully the good work that was started in our Lord Jesus Christ’s birth.

“Truly wondrous is the whole chronicle of the Nativity. For this day the ancient slavery is ended, the devil confounded, the demons take to flight, the power of death is broken, paradise is unlocked, the curse is taken away, sin is removed from us, error driven out, truth has been brought back, the speech of kindliness diffused, and spreads on every side, a heavenly way of life has been ¡in planted on the earth,” -The Nativity Sermon of St. John Chrysostom

We often forget that we are not just celebrating the birth of Christ we are celebrating a cosmic shift to our reality where death no longer had a hold over us and we now had a direct connection back to partaking in the Divine nature of Christ.

For some, it’s hard for us to understand why God needed to come down and take on an earthly body? Why did Christ need to die on the Cross? Couldn’t he have just reversed all this? Why go through all this? As with all things the Saints wrote brilliantly on why the Incarnation of Christ was so important.

“…If he had spoken and undone the curse, merely in accordance with his capacity to do so, the power of he who thus issued the command would have been displayed but humanity would nevertheless have remained as Adam was before the transgression, receiving grace externally and not having it mingled with the body. For such was Adam when he was placed in paradise. In fact, perhaps humanity would have become worse because it had by now learned to transgress. So, this being the situation with humanity, if it were again deceived by the serpent, there would be again a need for God to command and undo the curse. The need would then become limitless, and humanity would remain nonetheless in slavery and liability to sin. Forever sinning, it would be forever in need of pardon and it would never be free. Being, on its own, mere flesh, it would be forever defeated by the law through the weakness of the flesh.” -St. Athanaisus (Contra Arianos)

So in short, to prevent an endless cycle, God necessarily decided to enter his own creation and through an adopted human nature he gave us a path via theosis. This all leads up to the culmination of His plans for this life. That Life itself strikes down death.

So this Christmas before we enjoy the company of our families and the joy of partaking in the small ‘t’ tradition of opening gifts, let’s take a moment to read about the birth of Christ found in the gospels. Take some time to read The Nativity Sermon of St. John Chrysostom. Take the time to dwell and teach your family the very real, cosmic, glorious, miraculous, and joyful reason for this Christmas season. That our Lord Jesus Christ entered this world giving us the greatest gift of all.

“For unto you is born this day in the city of David a Saviour, which is Christ the Lord. And this shall be a sign unto you; Ye shall find the babe wrapped in swaddling clothes, lying in a manger. And suddenly there was with the angel a multitude of the heavenly host praising God, and saying, Glory to God in the highest, and on earth peace, goodwill toward men.” ~Luke 2 11-14

If you, reader, are inspired and encouraged by this post, be sure to check out other musings from the author at https://substack.com/profile/50128250-jy-lewis