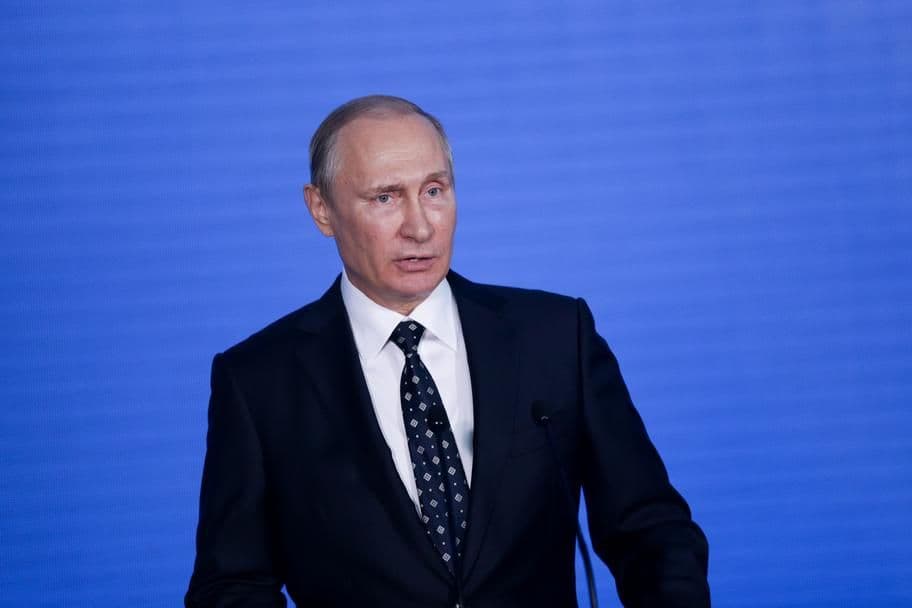 Despite the Soviet’s best efforts, Orthodox Christianity survived in the countryside and the urban catacombs. After World War II, in the heat of the Cold War, the Soviet’s godlessness made them an obvious moral enemy for American & NATO forces. Following the fall of the Soviet Union in 1991, Orthodoxy re-emerged as the largest cultural force in the country. Certain attitudes remain lax on certain issues such as abortion, divorce, and pre-marital sex, but the country is trending in large part towards a much more traditional path aligned with the teachings of the Orthodox Christian Church.

The opposite trend has been observed in the United States, EU & NATO alliances. Coinciding with this trend towards progressive values, the liberal democratic forces have continued to expand eastward, with a military alliance along Russia’s Western border, where the majority of Russia’s population resides. In 1999, just before Serbia celebrated Easter, the United States and NATO bombed Belgrade, one of Russia’s key allies. Even Bill Clinton’s stooge, the first President of post-Soviet Russia Boris Yeltsin, opposed NATO expansion eastward. But the imperialistic actions of the United States and NATO, with their uncompromising disdain for Traditional Christian values and military efforts to weaken Russian influence because of it, have forced a military response from Russia in Ukraine, one of the few bordering nations yet to have joined NATO.

As of late, many supporters of Ukraine in the current conflict have decried Russia’s actions stating that Russia has no business “invading a foreign nation.” Little attention is given to the historical context between the two parties. Ukraine has played a major role in Russian history. In fact, Kievan Rus’ of 9th to 13th centuries is cited by most historians as the cultural foundation of all of Russia. Kiev was the first capital city of the Russian Empire, which moved to Moscow due to Mongol invasions. The two nations are intimately tied, both historically and religiously. Ukraine is the canonical territory of the Russian Orthodox Church, so it is particularly disheartening for Ukraine to side with the Liberal Democratic order with diametrically opposed values.

In addition to the historical and cultural influence of Ukraine, it happens to be geographically critical to Russia’s survival strategically. Ukraine sits on the Black Sea, which is an important naval hub. Controlling the Black Sea is critical to Russian trade and influence. From Russia’s perspective, Crimea is one of two geopolitical corridors that are critical to its strategic position in relation to Europe, Kaliningrad being the second. Losing control of The Black Sea, as well as its historically geopolitical position in Crimea would be to the detriment of Russia’s national security interests.

While Ukraine is not currently a NATO member, considering the events of 2014, it is easy to make the case that Ukraine is nothing more than an American satellite state. In 2010 Viktor Yanukovich was duly elected as the President of Ukraine. Trouble arose when President Yanukovich rejected an offer to join the EU, and accepted an offer from Russia instead. The United States responded by supporting efforts from demonstrators to remove President Yanukovich from office. That is exactly what happened, and according to phone calls leaked by Russian intelligence, America essentially hand-selected a replacement regime that would be friendly to the West. The full extent of American involvement isn’t clear, but President Vladimir Putin certainly believes this to be true.

For Ukrainians in the East, a Western-installed puppet regime was intolerable, and led to several separatist regions. Donetsk and Luhansk broke away and formed independent republics through democratic elections, much the same way that Kosovo did in 2008 (which the United States supported). Violence between Ukrainian forces and the separatists has persisted for the past 8 years. The Minsk Accords seemed like a promising hope for peace, but disagreements over interpretation persisted on both sides. Recently, Ukrainian President Volodymyr Zelensky indicated an unwillingness or an inability to continue the peace negotiations in his parliament. Russia’s military actions to support the separatist regions and to force the demilitarization of Ukraine began shortly thereafter. 7 whole years of diplomatic efforts with a hostile puppet regime appear to be a display of great restraint on Russia’s part.

Many supposed anti-globalist conservatives who opposed the COVID-19 restrictions and mandates have fallen for the official Ukraine narrative hook line and sinker. The American-backed globalist regime has been working overtime in Ukraine to push progressive values, or as they like to put it “Democratic values.” They spread the LGBTQ agenda, anti-family propaganda, and feminism. At one point, every government building in Ukraine had the pride flag projected on them. Is this an organic awakening to progress in Ukraine or is this coming from an outside influence? One can infer from American policy changes under Joe Biden, which allows for U.S. Embassies abroad to fly the Pride flag on the same pole as the U.S. flag.  It turns out that George Soros has been dumping money into the “pro-Democracy” movement in Ukraine since at least 2005. The stated goals of the movement and “philanthropist” were to weaken Russian influence, liberalize the economy, and ultimately join Ukraine with the EU/NATO.  The opposition to George Soros among conservatives domestically, coupled with the support of his foreign agenda is mind-boggling. It makes sense why George Soros and his allies would oppose Russia and their emerging Orthodox Christian ethic.

Ultimately the Ukrainian people, blinded by jealousy, envy, and pride, have been manipulated and taken advantage of by globalist actors with ill intent. Perceived historical wrongs and, deeply embedded animosity has led them right into bed with the Luciferian regime. NATO, EU, America, and the globalist oligarchs have no care for the well-being of the Ukrainian people, or even their independence. They want Ukraine to be subservient to the will of themselves and evil schemes, rather than Russia and their emergence of a traditional Christian ethic. The globalists have turned Ukraine into a pawn for profit, and have accelerated towards their Great Reset, which will subject Ukrainians to a new “progressive” system that runs contrary to their cultural heritage of Orthodox Christianity.

The Orthodox Church suffered severe persecution during the 70 years it existed under the USSR’s atheistic regime. Since the fall of The Soviet Union, the Orthodox Church has led the charge towards a cultural turnaround in Russia. It isn’t the old godless Communist regime anymore. The particular geography of Ukraine is important for Russia’s safety and security, which seems to be the last hope for a World Power to prosper while maintaining a Christian worldview. Ukraine has been used essentially as a Satellite State of the Western Globalist regime, that seeks to destroy all competing systems of thought that do not align with their progressive ideology.

Sadly, Ukraine had a choice between Globo-Homo, or friendship with a Nation guided by Traditional Christian values. They made the wrong choice, which has now led to the invasion of their territory by Russian forces. For Ukraine to secure peace, the short-term solution would be to accept neutrality between the Russian and NATO forces or perhaps split into two territories. For lasting peace, they must reject the progressive utopia offered by the West, repent, and realign with their historical family.