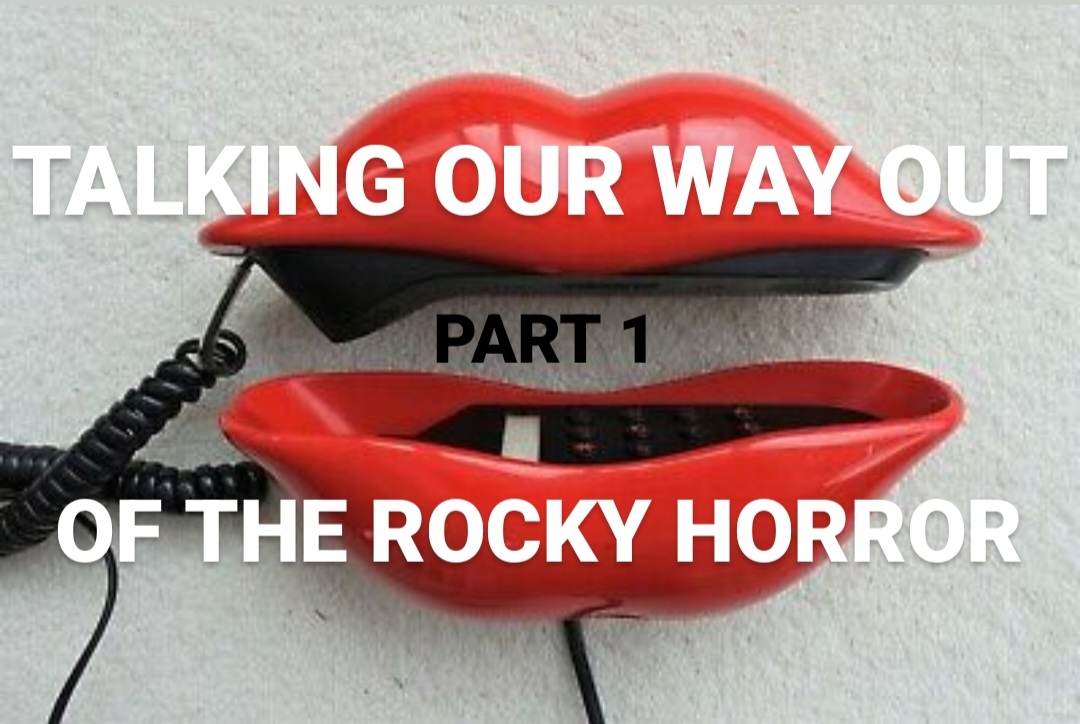 Talking our Way out of Rocky Horror:

Why Gender Restoration is the Culture War

Will there be any culture left when the culture war is over? Our culture is what we hand on to our children, but the West isn’t having children. The birth rates are down, and people are wondering why we aren’t having babies. Our men and women aren’t making big families and our communities are becoming sterile and childless. This is a crisis that’s been building for generations. Sterility is the real climate change crisis of our time. The poles are melting but it’s not the ice caps, it’s the sex symbols.

We have trashed our sex symbols in only three generations. The icons of male and female have been ruined by equality of the sexes, and the West has become almost indistinguishable from The Rocky Horror Picture Show. We’re being terrorized by maniacal transvestites who want a genderless future. And yet the men and women who are opposed to the destruction of their sex are not unifying to revolt and create families. Without cultivating families, we have no culture. So how were we spoiled and sterilized in the first place?

We dressed our children in pink and blue, but we didn’t colour their language. We forgot to talk to children as future mothers and fathers. How we talk to our children is how we cultivate them, and the LGBT cultists grooming your kids understand this. They want to destroy sexual dimorphism and warp gender from the cradle. Their obsession with linguistics and sexual identity hits the foundation of our civilization. It’s why they are in kindergartens to enforce their barbarous dialect on your children. Our mother tongue is under attack and the maniacs are on target. They understand what conservatives have forgotten: that masculine men and feminine women are created through language.

Have you ever heard the phrase “You sound like a girl”? What is it about speech that can give away somebody’s sex? There is something in the detail of our tongue that gives it away. We understand this on an instinctive level, but as a culture, we’ve forgotten that boys and girls are supposed to sound distinct and speak differently to each other. And children are not spoken to and taught to speak as though they will fulfill distinct social roles. We talk to them like they are equals with interchangeable destinies. The lingua franca of our culture is a vocabulary of equality, and equality leads to sterility. Westerners haven’t spoken in binary in quite some time. We all think and speak an inverted symbolism. Conservative dissidents are focused on the Overton Window and free speech, but an uncensored internet won’t generate human beings. Only romance language will.

The Romance languages have genders and carry the masculine and feminine reality naturally in their grammar. English used to have grammatical genders too, but it lost them in the Medieval period. Modern English speakers have lost their understanding of masculine and feminine in speech altogether. Add to this, the free-sex language of the 20th Century melted the meaning of the sexes completely, and Westerners are constantly confusing their social roles because of it.

Men and women are not equal physically and we still think of the sexes in unique bodies (for now). But we’ve become so used to thinking of men and women as equals in mind that we forget we aren’t supposed to sound the same, either. Our culture has not trained us for speaking in masculine and feminine. Think on the difference between lover and beloved. They are not the same. A lover gives to their beloved, who receives (if they so choose). This distinction is subtle but crucial. It is this polarity of active and passive that drives every romance story in history. It is the act of mechanical sex itself.

Husbands marry and wives are married. This follows the pattern of Christ who redeems and marries His Bride. Christ gives His Body and Blood, and the Church receives Holy Communion. God calls Israel to the wedding feast, and in His parable, the wise virgins trim their wicks until the Bridegroom appears to take them. The women are not running to the groom any more than mankind can run to God. He had to come to us to redeem us. Do you see the pattern? There is active and passive in these icons. Christianity is marriage. Equality cannot exist in marriage. Our culture is a cult of equality. The strange irony is that terms for active and passive lovers exist in homosexual slang, but not that of normal couples. I hate to say it, but the rainbow people have clearer terms for these dynamics than most straight people do. The polarity is removed when we start talking about men and women as though they are synonymous in meaning. We have lost the nuance of the words that define our distinct roles. In this sexually liberated culture, the symbols of Man and Woman have lost their magnetic meaning.

What is it about magnets that give them their unique properties? They aren’t equal. There is a passive and active property to them, and they work on a polarity of positive and negative. Magnets either attract or repel according to their force. Opposites attract and stick. Magnets that lose their polarity lose their sticking power, just like men and women. We speak a language that described the dynamics of opposites once upon a time. Even though we think of men and women as physically distinct we don’t imagine them as innately and fundamentally unique. And this is what has happened in the equality culture: we no longer consider men and women as “charged” for unique roles. Now we aren’t sticking together to make families.

We must become unequal to stick together and unite in family life. The only way to cultivate unequal children is through language and storytelling to show boys and girls how to speak and act in polarity, not equality. We train our children in the way they should go in stories. Drag Queen Story Hour is the Rocky Horror Picture Show for your children. It’s a linguistic sex-change program. The drag scientists want to destroy the virtue of children and their sense of sexual reality. How can we repair the damage that these “Frank-N-Furter’s” have done to the little Brad and Janets of the world? Traditionalists need to talk ourselves out of this deadly transgendered sterility and back into our right minds as masculine and feminine creators. We must teach children to talk unequally and uniquely. If we restore the culture of opposites, we can restore the sex symbols. Our culture depends on it.

Kilts is currently working with the DCR team on a five-volume epic, Draco Alchemicus.

She regularly muses on her Telegram channel The Sandwhich Press, a digital liberal arts project that feeds into DCRs work. The Sandwhiches have inspired both devotional piano composition and hate mail.

The H in Sandwhich is on purpose.