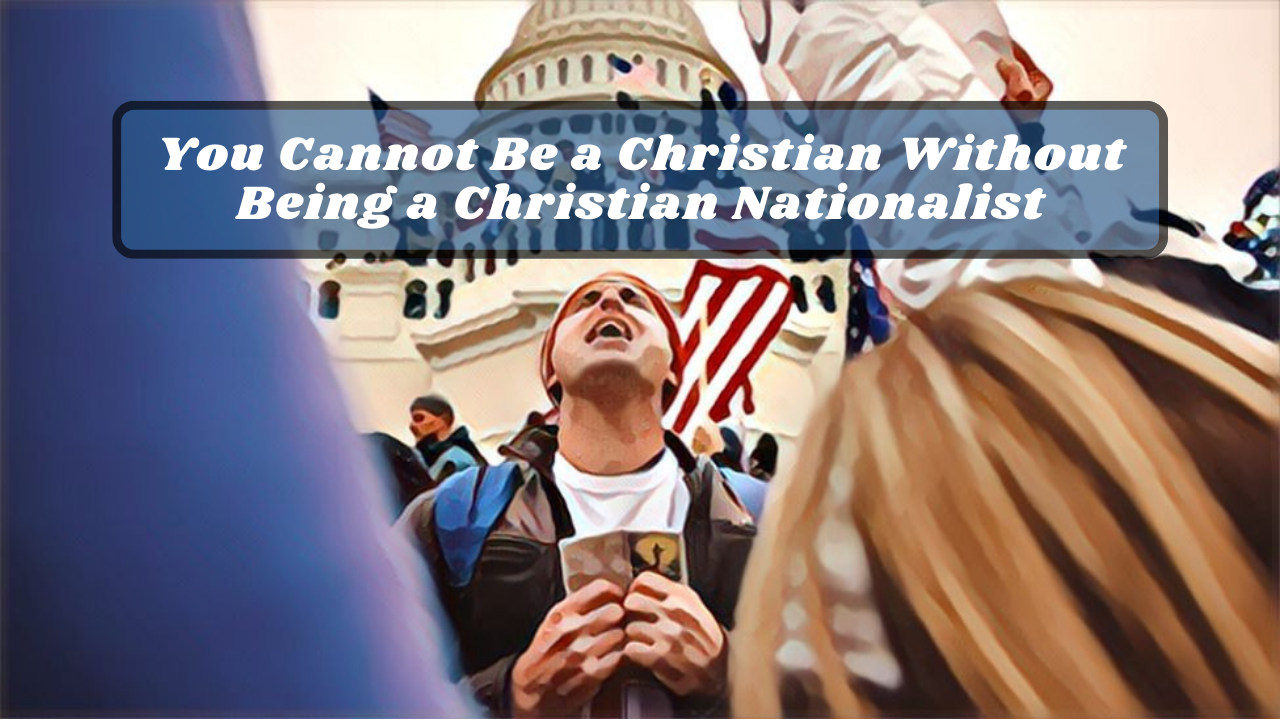 But if you are a Christian, there is no way of getting around Jesus’s Great Commission to the church. As He was about to ascend into heaven to rule this world, in light of that authority over heaven and earth, He commanded His apostles to baptize the nations and teach them to do as He commanded. If you are a Christian you believe this. And since America is a nation, America needs to be baptized and discipled into obeying Jesus.

You can read their original charters saying so. America was a Christian nation. There is absolutely no getting around that. Even the much-misunderstood Establishment Clause of the U.S. Constitution has to be seen in the light of America’s explicitly Christian founding.

The reason the newly founded United States Federal Government was forbidden from establishing a national state church was that the majority of the individual states already had their own established churches. It was not because the framers of the U.S. Constitution were mid-wit agnostic Redditors, as the American public education system desperately tries to present them, but rather because the Baptists in Georgia and Congregationalists in New England and Catholics in Maryland did not want the Episcopalians in Virginia to set up Anglicanism as the established church in the US. The point of the Establishment Clause was to retain the distinctive Christian heritage of the American nation not to destroy it.

Naturally, over the next four hundred years of Christendom on North American soil, American Christianity developed in unique ways. After the Second Great Awakening, the Established Protestant churches largely gave way to low church theology and ecclesiology that emphasized individualistic, personal conversion to the exclusion of membership in Christ’s Kingdom.

If you are an American, evangelical Christian today (as I am), you have lived in light of this significant change, and have probably thought nothing of it. It is simply the water you swim in. To the American evangelical, the pietistic vision of “this world is not my home”, and, “all that matters is whether you have a personal relationship with Jesus” is the only thing you have ever known.

But the ancestors of yours who founded and settled this land through much pain, suffering, toil, sweat, tears, disease, violence, and death did not view the Christian life this way at all. Whether they could clearly articulate it or not, they were part of Christ’s kingdom, and the nation they founded and built was under His authority. There was no room for pietistic gnosticism. Every square inch of the Old World and the New World belonged to Jesus Christ. This is something the founding generations of Americans knew in their bones.

But when you are made aware of the history of Christian theology prior to the Second Great Awakening, and the history of the American founding, you begin to realize that evangelical political engagement leaves something to be desired. After the ruling allowing half a century of legal infanticide was overturned, largely because of the work of millions of faithful evangelical Christians, the most important and influential evangelical leaders remained silent, or if they said anything, told their parishioners to not celebrate.

As our nation is surrounded by the mandatory celebration of sodomy for an entire month, the mainstreaming of child genital mutilation, and every perversion in between, Christians are desperate for leaders who will fight such things. The craven, cowardly leaders of American churches will say they don’t “want to be political” or “fight the culture wars” but refusing to fight utter abominations is being political and is fighting the culture wars, but for those on the side of those abominations.

Because of the onslaught of godless leftism in our culture, the pietism of Second Great Awakening evangelicalism (which is largely responsible for allowing this cancer to take root) is just not going to cut it. For American Christians to fight back against these things, we have to be willing to say, “not only is this world indeed our home, this world belongs to Jesus Christ.”

We need to be willing to say “Yes, I have a personal relationship with Jesus Christ. He is King of Kings and Lord of Lords and He has invited me into His Kingdom which is conquering all the kingdoms of this world.” The enemies of Jesus Christ in America believe they have more power and authority than King Jesus. They think making His people the scary bogeyman is going to be our defeat. What they do not realize is they are forcing American Christians to a point of decision.

Will I continue to hold to the faulty pietistic theology which has led us to the point where drag queen shows for pre-schoolers are commonplace? Or will I gladly accept the title of “Christian Nationalist” and obey Christ’s command to disciple the American nation into obeying what He has commanded?

What will Christ’s enemies do when tens of millions of American Christians choose the latter? What will happen to America when tens of millions of American Christians band together to take back their towns, cities, counties, states, and nation? What will the enemies of Christ do when America is no longer an apostate Christian nation but a faithful Christian nation once again? If you believe Jesus Christ is King over all the nations of the world—including the United States of America—you are the thing that keeps Christ’s enemies up at night.

Keep up the fight. The very fact that they are setting their sights on us means they know we are a threat. They know that the Gospel of the Kingdom of Jesus Christ is the threat. They will submit. They will bend the knee, either now or at the Final Judgment. Christ is King! Amen!