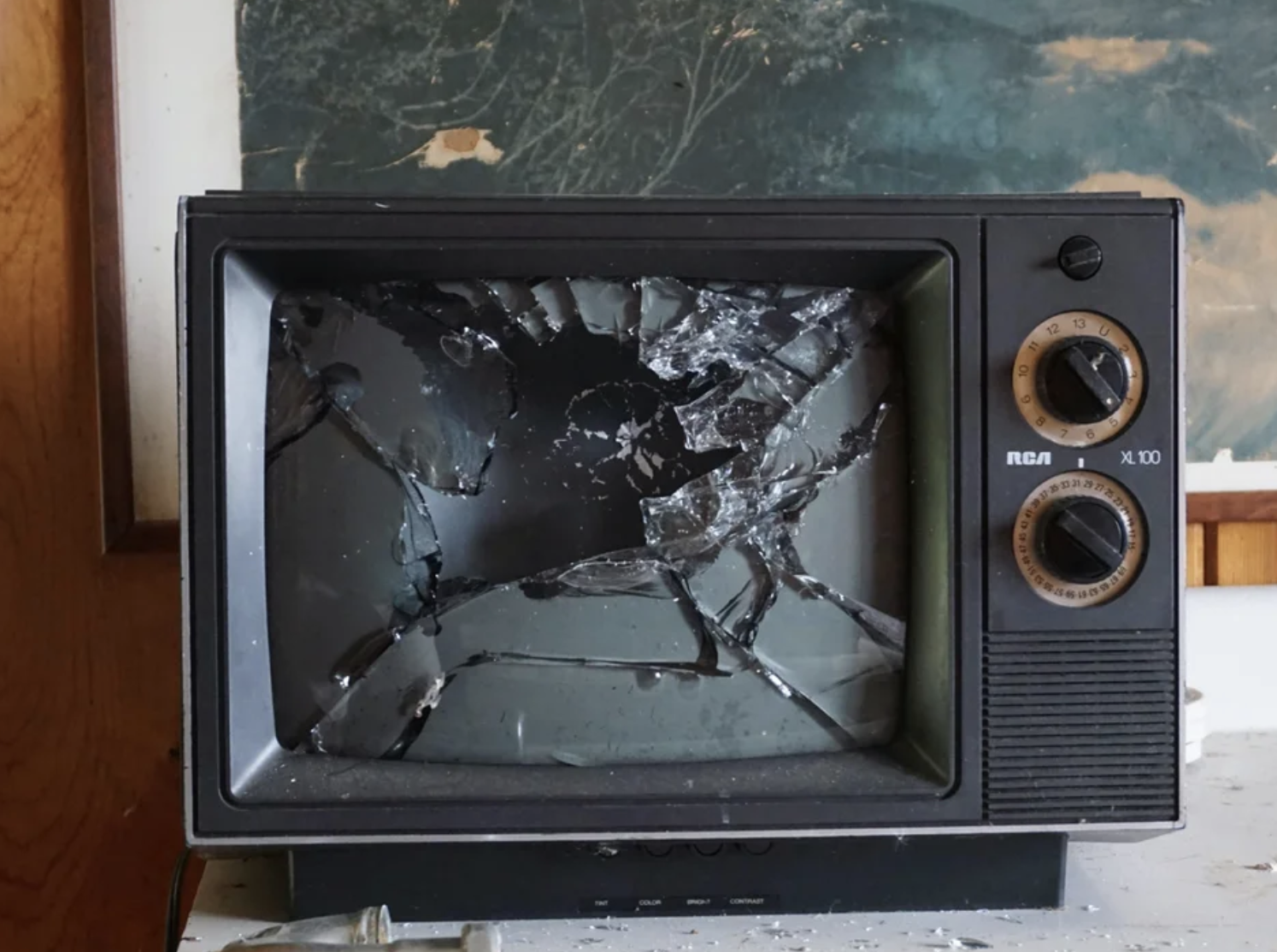 In 2018, the amount of time spent on mobile devices surpassed that of time spent watching TV for the first time. This shouldn’t surprise anyone. Steve Jobs once said that the computer was like the bicycle for our minds. If that’s true, then perhaps the TV is the lead weight for our minds and mobile phones are rocket engines in our pocket.

TV is passive. You sit there and consume content. You don’t engage with the content and the content certainly doesn’t directly engage back with you. That all changes on the internet, especially with the emergence of social networks. On the internet the narrative can not being contained. The spread of information can not be stopped. The truth can not be buried under a sea of lies, politics, and propaganda.

With TV there was never any way to have outside dissent. You either accepted what was being pushed in your face as reality, or you changed the channel. Often mainstream media shows will offer up illusions of dissent by inviting weak “opponents” as straw men to be toppled with their dominant personalities and sophistic talking points.

Compare this forced torture of consuming TV content to consuming and engaging with content on the internet. On the internet an anonymous account with an anime avatar has same the reach, influence, and power of “media influencers,” if not more. They can dish up the most brutal rebuttals to completely annihilate a narrative in its tracks from the palm of their hand and without ever showing their face. This has immense benefits.

Speak your mind truthfully on TV and you might end up a target of the “woke” online mob, fired, and facing endless death threats for having the “wrong opinion.” Voice dissent from an anonymous account online and it will result in an inevitable ban, demonization, or unpersoning from Silicon Valley.

This culture of “dunking,” both anonymous and not, on establishment narratives isn’t new to social networks. The original online social networks: message boards, forums, and comment sections of blogs, were all early proving grounds for savage dissenters.

For a long time no one was bothered by this, especially not the establishment elite. They had their dominance on political agendas and narratives via the boobtube. They had our attention. The masses were unable to offer any form of dissent in the process, even if they wanted to.

We were told that we needed to go to war to stop weapons of mass destruction that did not exist. We were lied to, but no one questioned it. Because no one could. Even if it were possible at the time online, the reach and distribution of that dissent was dismal. Until now.

So the smear of online freedom began once the elites realized this. First it was the comment sections. They had to be removed. The “trolls” were taking over. So from 2012-2015 we saw each and every mainstream media website and major blog shut down or severely censor their comment sections.

These conversations inevitably moved somewhere else: social networks. Then we saw the rise of “fake news,” “misinformation,” and “hate speech.” All of these things are subjective by design. They are tools of war. Tools of censorship and control for the establishment elite.

The good news is the hand of The People has been forced. Forced to innovate. Forced to build. Forced to think creatively to solve the problems of centralized control over internet infrastructure, communications platforms, and information.

Gab is part of that solution. There will be many others. The decentralized and open source future of the web is inevitable. Not just in terms of technology, but also in terms of physical location. No longer will our data be centralized in the hands of a few companies in San Francisco. Our data will be everywhere and nowhere at the same time. Technology will be developed everywhere and nowhere at the same time by everyone and by no one.

So the mainstream media, technocrats in Silicon Valley, governments, and the establishment better come to this realization and fast. That future is already here and The People are already walking through the door to freedom.