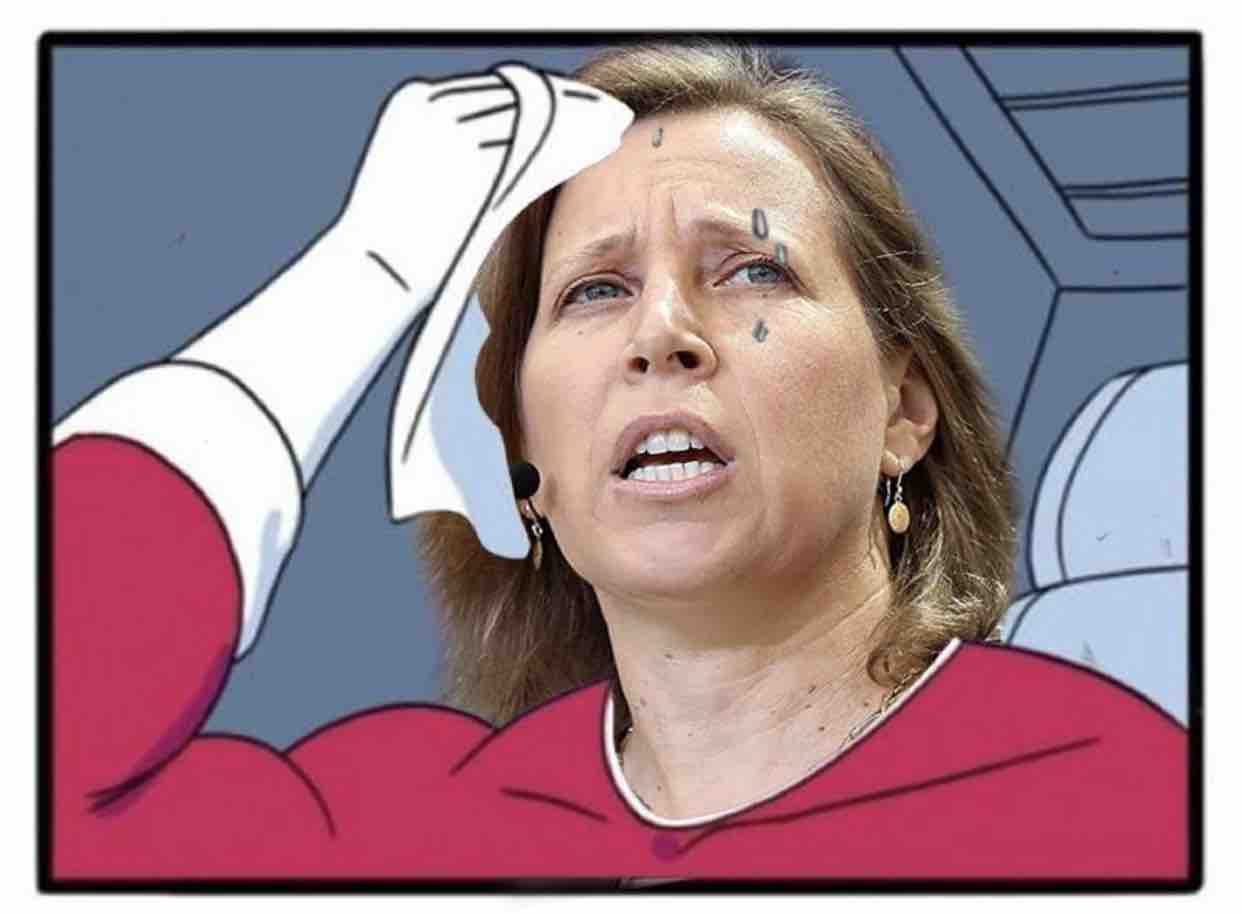 “What we have found is that, with every policy we make, there is content that will become borderline, or will find ways to skirt around those policies. What we were doing was tightening [rules] we already had.” -Susan Wojcicki

Under the new rules, certain events – such as the Holocaust and the Parkland school shooting – are now protected, so users can’t post videos denying they happened. The company has targeted what it calls “borderline” content – videos that skirt dangerously close to violating its policies – she says, with the platform removing comments and not allowing the videos to appear in its recommended section, the central feature that drives views.

More rules and more censorship are never the answer. Human beings are infinitely adaptable. Especially high IQ trolls who are being treated like dissident outsiders by tech companies. They will find a way. If there is not one, they will forge one.

Take for example in 2016 when censorship started to rear its ugly head, people adapted and started their own lexicon, their own culture of meaning to escape the censors and to force their hands.

Now a new type of hateful internet code appears to be emerging: The systematic use of innocuous words to stand in for offensive racial slurs. Search Twitter for “googles,” “skypes,” or ”yahoos,” and you will encounter some shocking results, like this tweet: “If welfare state is a given it must go towards our own who needs. No Skypes, googles, or yahoos.” Or this one, reading ”Chain the googles / Gas the yahoos.

The method was developed by Jigsaw, a technology “incubator” within Alphabet, Google’s parent company. The title of the 4chan post that seems to have started it all is “RIP alt-right trolls, SkyNet is coming for you.” The trolls responded with a loosely organized effort called “Operation Google,” which aims to get around these algorithms, and to trick them into blocking the names of their own services and companies.”

Think of the genius of the hive mind to come up with this plan. How on earth would tech companies respond? They couldn’t. Doing so would mean censoring their own brand name across their own products. So in this move to an understood unique lexicon, the hive mind became unstoppable. Even if Big Tech found a way to detect this new approach and somehow stop it, the hive mind would simply adapt and create a new one just as quickly.

Big Tech “leaders” think they have a moral responsibility to protect people from themselves and from information on the internet. They believe that they are the anointed warriors of justice for the “oppressed.” Yet the central irony here is that they understand nothing about real people and their concerns. They can’t relate to them and won’t ever be able to with their Stanford education, eight figure homes, and their nihilistic technocratic “beliefs.”

These smug elites are so concerned about “healthy conversation” on the internet and the “wellbeing” of people using their products, but they care little for the health of their own backyards which have the worst homelessness, drug, and open human defecation problems in the country. Perhaps before trying to “save the internet” and make it a “safe place” for billions of people, they should look to save their own city.