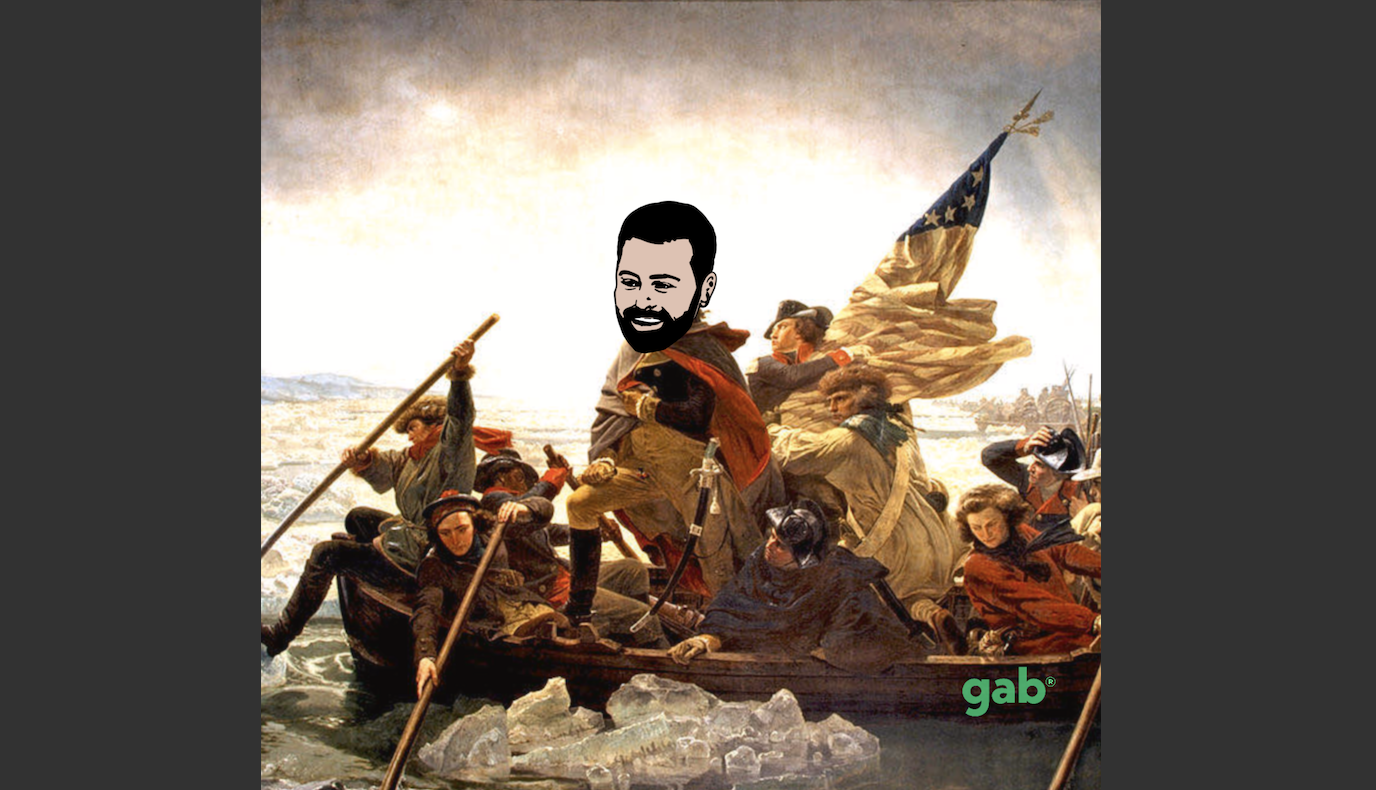 People are getting on Gab because they heard about us from a friend, a family member, or co-worker. Gab isn’t growing because of “celebrity” endorsements, sponsorships, or big paid advertising budgets, but rather from the most powerful form of advertising on the planet: word of mouth.

Gab is the fastest growing alternative media platform on the internet.

The list above includes the top online sources for news in the month of October. Gab isn’t listed, but deserves to be. Gab is well on track to do over 50 million page views for the month of November, which would place us well ahead of Newsmax, the Washington Examiner, and the Bongino Report. At our current rate of growth, Gab is set to pass The Daily Beast, TMZ, ABCNEWS, and the Wall Street Journal by Q2 2021 or sooner. This is a big deal. Gab is a sleeping new media giant that is only now beginning to awaken. We are the tip of the spear for a new people-powered form of media.

Gab is not a walled garden.

You do not need a Gab account in order to explore the site and get access to information, news, and some of the most censored “thought criminals” on the internet. Accessing and exploring Gab is as simple as entering “Gab.com” in any web browser on any device.

Gab does not, will not, and has never answered to the censorship demands of Apple and Google. Period.

Gab was banned years ago from Big Tech app stores. The reason is simple: Apple called us up and demanded that we censor “objectionable” content (whatever that is.) We said no. So they banned us from being in their app store and Google quickly followed after we reached the number one trending app on Google Play.

Well-meaning products like Telegram openly admit that they are forced to censor on behalf of Apple and Google in order to stay on their app stores. Gab refused to do so and we paid the price. That being said: Gab can be easily added to both Android and iOS devices in just a few clicks without permission from Apple and Google.

If you refuse to submit to Apple and Google’s arbitrary censorship, as Gab did, they can and will ban you. Anyone who tells you differently is a liar. At Gab we speak the truth boldly and stand by our commitment to free speech, even when that means sacrificing the distribution of our product in app stores.

Gab is the most pro-privacy social network on the planet.

Privacy is the most crucial component of being able to speak freely, especially in the age of cancel culture. As was mentioned, Gab does not require an account to explore the site so you do not need to provide any information to us in order to get access to the free flow of information on our platform. If you do choose to become a Gab community member, (and we hope you do!) signing up for Gab does not require a phone number or any other invasive information.

We require three things: an email address, a username, and a password. That’s it.

Gab goes out of our way to ensure that we are not tracking our users across the internet. Your privacy is our priority. We take this a step further with Dissenter, our free speech web browser and alternative to Google Chrome, which has a built in ad blocker and shield to stop Big Tech from tracking you across the web.

Gab Is a Radically Transparent Company

Transparency is the key to the trust Gab has earned from millions of people around the world as the home of free speech online. Gab’s code is open source, meaning any developer can inspect our code to learn how Gab works. This radical transparency keeps a layer of trust in our community that isn’t matched by any other platform on the internet.

Gab is the Godfather (Gabfather?) of Alt Tech.

Gab was founded in 2016 by me, Andrew Torba. I’m a Christian technology entrepreneur who left Silicon Valley to start Gab after seeing the rise in censorship from Big Tech platforms during the 2016 election.

As a Christian man I have sounded the alarm for what is to come for my brothers and sisters in Christ, and us all, unless we take action against Big Tech by building solutions and leaving Silicon Valley platforms for good. Gab is not a Christian-only website, (we welcome everyone from all faiths to speak freely,) but it is run by a Christian who isn’t afraid to speak the Truth boldly.

As a result of our free speech principles, Gab has been no-platformed and banned by 25+ service providers over the years including both App Stores, multiple payment processors, hosting providers, and more. I have also been personally banned from online banks, cryptocurrency exchanges, Twitter, and more for many years now. These bans are badges of honor that I proudly wear in the digital information war of our time.

Gab and I have both been relentlessly smeared by Big Tech, the mainstream media, academics, members of the U.S. Congress, foreign governments, and more for refusing to censor first amendment-protected political speech on Gab. My family was even blacklisted by Visa. This is a cross I will gladly carry if it means protecting the free flow of information for all people online. As a loving father I refuse to let my children grow up without the free and open internet that I know and love.

Gab Is Funded By People Like You, Not Special Interests Or Celebrities

Thousands of Gab users are Gab shareholders through two Regulation Crowdfunding offerings we held in 2017 and 2018. Gab community members are also our customers, not the product being sold. GabPRO, our optional subscription service, helps to fund the Gab’s operation and growth. The bottom line is that Gab community members have skin in the game. No other platform can say this.

We are humbly grateful to serve millions of you from around the world and can’t wait to continue growing Gab together with you. Please be patient with our team and pray for us as we work to scale Gab’s unprecedented growth into a new media giant. Our team may be small (we have just a handful of very talented people building Gab) compared to the seemingly infinite resources and engineers at Big Tech companies, but we have something that they don’t: the will and support of The People.