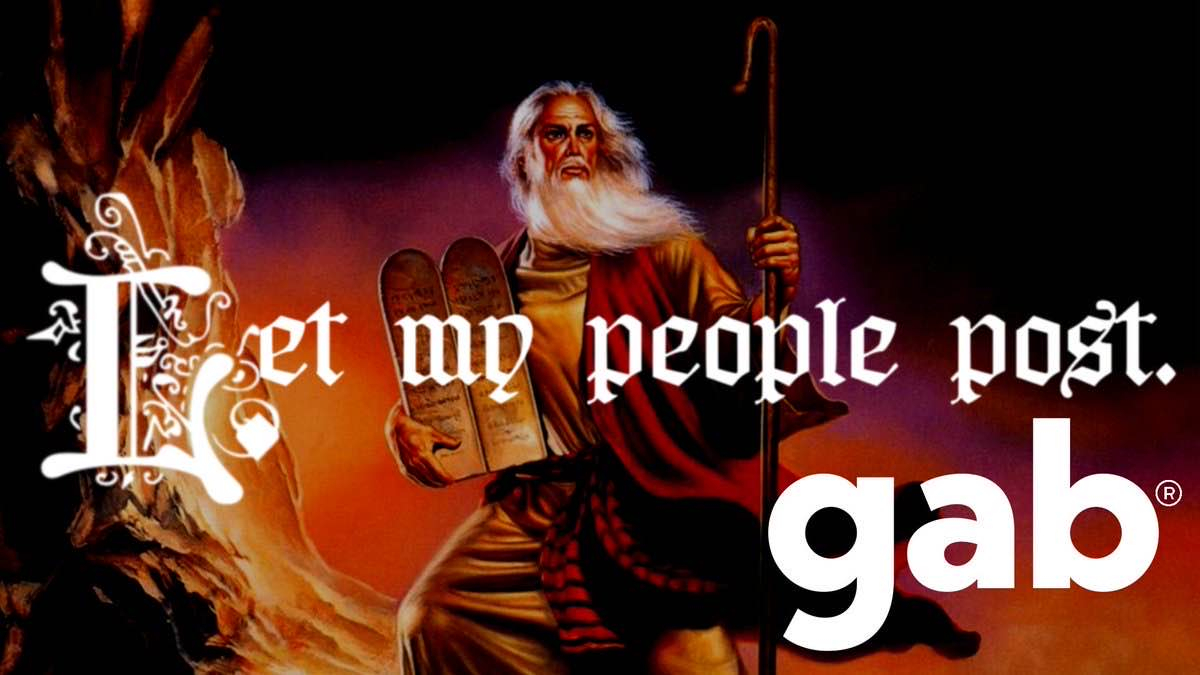 The Washington Post reported a mountain of evidence was discovered of the organization the happened on Facebook for the January 6th protests. Facebook’s Chief Operation Officer, Sharyl Sandberg, deflected the blame to you guessed it: Gab.

The New York Times at first wrongfully and baselessly reported that Gab and Parler were to blame, but has since amended that position after new evidence surfaced about Facebook’s role in what happened on January 6th.

The legacy press and activist groups such as the Anti-Defamation League, each also blamed two challenger sites – Gab and Parler – rather than the big sites like Twitter and Facebook where rioters actually planned their activities.

Related: Read Gab’s response to the ADL and CNN

The reality of app store bans is and always has been that Big Tech moderation policies are selectively applied. Big Tech responds not to reality but to the demands of far-left activists who clog the proverbial phone lines of Apple and Google every time a handful of offensive or illegal posts appears on our sites, while ignoring when hundreds of thousands of illegal or offensive posts appears on theirs.

We are documenting millions of illegal posts in our Liberal Hate Machine project which shows just how much hatred and bile is spewed on Twitter, one of our most major competitors. We have been collecting and analyzing over 100 million tweets in the replies section of President Trump’s Twitter account for about a year. We applied sentiment analysis to detect violent and hateful replies. Wait until you see what we found.

It’s interesting that Twitter remains online and has access to App Stores and Gab does not. The reason is clear: Big Tech has no principles other than its desire to serve the interests of the radical left and the Democratic Party. They can’t say it out loud so they say it with their actions.

The only way we can beat Big Tech is to build an internet of our own – and financial system of our own – where Big Tech has no power. Conservatives and freedom-loving people everywhere must vote with their feet and join the millions of people who are getting on Gab.

Click here to check out the must-read interview with Gab CEO Andrew Torba and Revolver News.