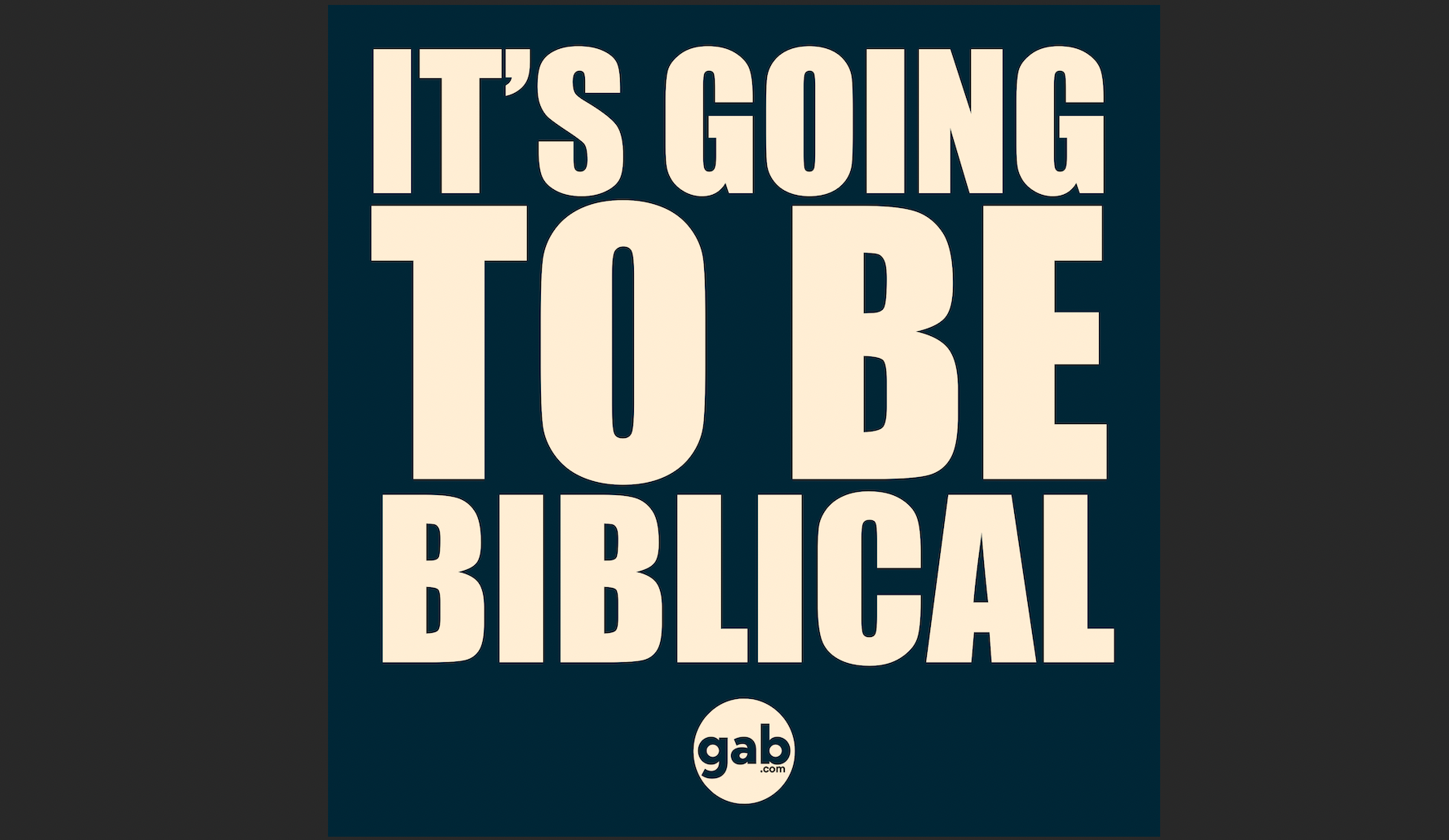 Fast forward to today and we see people’s lives being destroyed for refusing to inject themselves with a harmful and experimental substance. Members of our military being removed for refusing this substance, students are being forced to withdraw from college, medical doctors and dissenters of this madness being purged from the internet, and to top it off the federal government is trying to mandate business owners to force all employees to inject this substance into their bodies in order to retain employment.

This will not stop until enough of us say enough is enough. We will not comply and so we must build.

At Gab we have been investing all of our resources into building infrastructure to power a parallel economy. We have no interest in salvaging what remains of the existing corrupt and fallen secular system. Instead we are conducting our own “great reset” and this time we are putting Jesus Christ at the center of this new economy.

We have already built the communication rails on which this parallel economy will operate. Gab is the only social media platform in the world where all political speech, no matter how “offensive,” is protected. Protecting free speech is crucial in order for a parallel Christian economy to thrive. The Founding Fathers understood the importance of free speech which is why the very First Amendment to the Constitution was designed specifically to protect political speech and religious freedom.

Be Not Afraid, But Be Warned Of What Is Happening

As recently as last week multiple prominent activist and media organizations labeled the New Testament and basic Christian orthodoxy “antisemitic.” Far-left blog The Daily Beast even went as far as to say that celebrating the birth of Jesus Christ is “very problematic” and invokes “antisemetic ideas.” Jewish groups are getting more bold in their demands to label the Biblical Truth of God’s Word as “antisemetic hate speech.” Back in 2018 they demanded that the Bible and Koran add “trigger warnings” around “antisemetic passages.” Today they call me personally an “antisemite” for proclaiming that Jesus is King and defending Biblical Christian orthodoxy in a very public way.

Christians cannot even discuss theological topics that have been talked about for 2,000 years while the Bible is being labeled as “hate speech” by those in control of the flow of information online and off. If we continue being afraid of being called “antisemites” for proclaiming the Word of God then we are doomed to be persecuted and crushed by the Satanic cabal of demons currently in power. We serve the Creator of the Universe and you are afraid of being called a silly name by those who reject Jesus?

Personally, I’m not going to allow that to happen. They can call me whatever names they want. I will continue to speak the Truth of God’s Word and enabling millions of other people to do so by protecting free speech on Gab.

There are 2.09 billion Christians on the planet, or 29% of earth’s population. Together our GDP is $40 trillion dollars, or half of the entire world’s GDP and twice that of the U.S. GDP. Our economic power, and more importantly the power of God, can’t be underestimated. The madness of “wokeness,” anti-White critical race theory, communism, and chaos will only continue as long as we allow it to. The moment the Christian man awakens from his long peaceful slumber is the moment the house of cards collapses on the globalist regime.

Published in Parallel Economy and Uncategorized