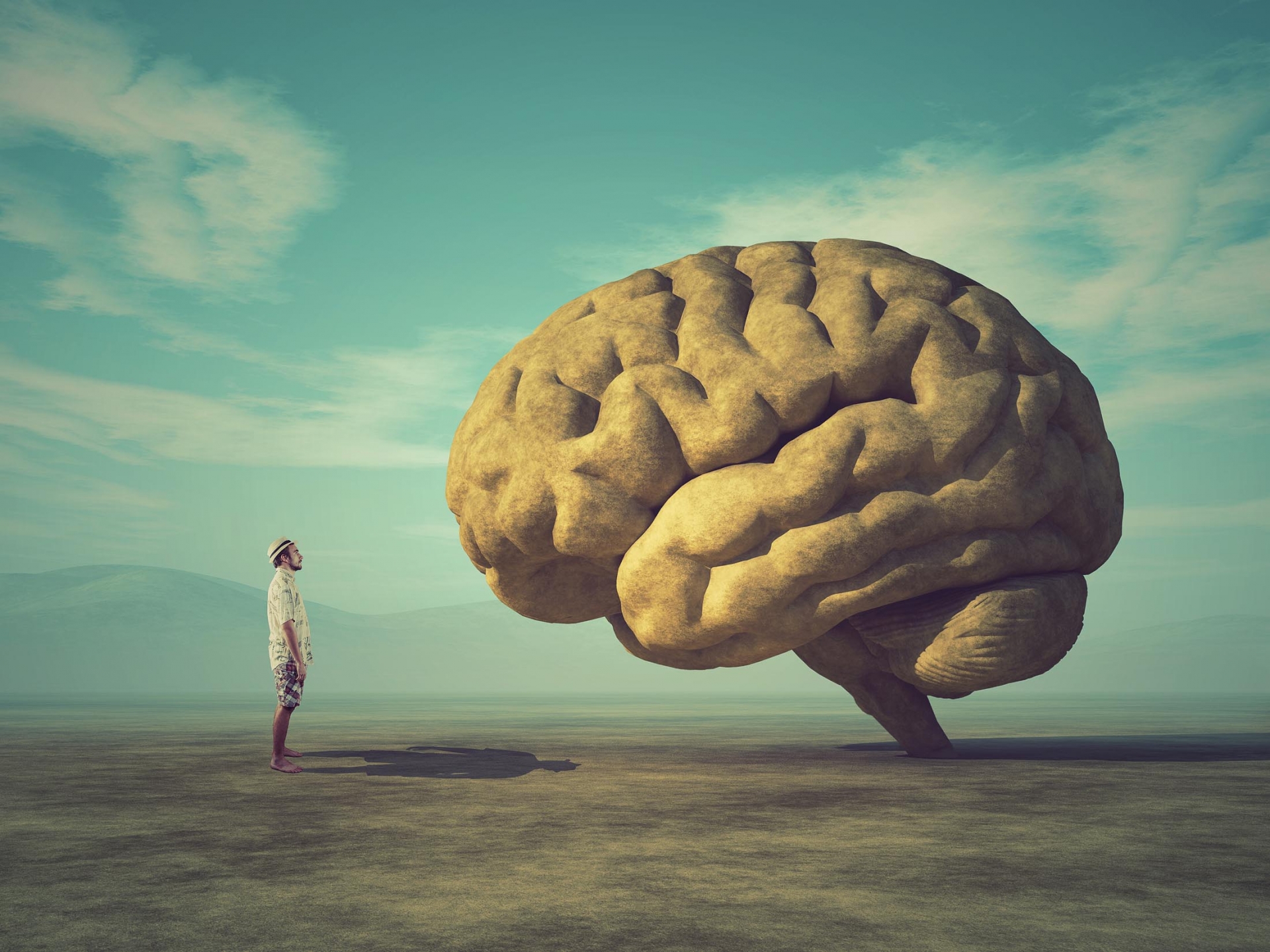 Why Do I Need To Know Everything?

We live in an age where the authorities label truth as falsehood, and falsehood truth. I can’t take anyone’s word for anything, and have to do my own research on the most trivial of matters, such as if a tablespoon of safflower oil in my cashew butter is going to start a cascade reaction in my body that leads to an untimely stroke. The authorities have abused me for so long that I can no longer trust them. I have to become an expert on everything, and I hate it.

In the past, you became an expert within a specific domain. For men, that meant farming, war, or governance. You spent most of your waking hours perfecting your skill in those fields, and trusted other experts for matters which you did not know. Today, the experts are liars. They will say anything the oligarchs want to keep their jobs and maintain a pleasurable lifestyle. We don’t have experts anymore, only shills, marketers, and traitors to mankind. The “experts” have declared this additive to be safe in food, but they lie for profit, and I must search online for the real story. This takes time and does not guarantee the information I’ll receive is accurate, but if I care the least bit about my health, I have no choice. After doing this for several years, I realize that I don’t have just one job (writer) but several…

Nutritionist — I’m an expert on the poisonous nature of the American food supply. I know that vegetable oils are industrial waste. I know that they put a non-food seaweed addictive (carrageenan) in ice cream and lunch meats. I know that the increase in heart attacks and cancers is specifically due to foods that industry-controlled doctors claim are “healthy.” I know all of this because I spent dozens of hours researching it. I never intended to become a nutritionist, but I’m halfway to getting a degree in the field.

Baker — All I wanted was bread without high-fructose corn syrup, but I could not find it in the supermarket, so I became a baker. I started with a bread machine and have graduated to hand-kneading and using loaf pans. Then I wanted pizza without soybean oil. So I learned how to make pizza. I wanted banana bread and cookies and cakes without the typical sludge they put into them, so I learned how to bake them. I’m not far away from grinding my own flour. I never intended to be a baker, but today I’m almost qualified to open a bakeshop.

Doctor — I was on a pre-med track in undergraduate school before deciding that I did not want to be a doctor, but because Western medicine has become corrupt and murderous, I had to become a doctor after all! I often review scientific studies and data. I’m always researching natural cures, skeptical even of over-the-counter drugs like ibuprofen and loratadine. I look for patterns of side effects in anecdotal reports of “vaccine” treatments. All of these I do because if I let a real doctor, who is trained by the pharmaceutical industry, do to me as he wills, he will dump a load of toxins in my body or make me a pill popper for life. I never intended to become a doctor, and deliberately decided against the field, but if you come to me with an illness, I believe I’d do less harm to you than a real doctor with my apple cider vinegar and baking soda treatment plan.

Astrophysicist — I’m expected to arrive at an independent conclusion on whether or not humans landed on the moon. I’ve watched a few hours of YouTube videos where people examined the pixels of the moon landing video and I have personally concluded that we did not. I also have to decide if the earth is flat like a pancake or round like an orange. I have watched many more videos on the matter, and have decided to wait until my death for God to show me the answer. Nonetheless, in conversations with laymen, I’m expected to share my thoughts on a wide variety of cosmic matters that traditionally would have required at least a decade of graduate-level schooling.

Psychologist — Children of the modern world are severely damaged. Everyone possesses multiple psychological disturbances, ailments, and deviances (myself included). You’re expected to know how to deal with anxiety, anger, lying, deception, addiction, and paranoia, whether within yourself or in other people. You need to read people and have some ability to ameliorate active mental problems. If you’re a man and want to communicate at all with the modern woman, you’ll have to understand what is going on in her mind to establish common ground. If I were hired by a law enforcement agency, I’d probably be good at detecting falsehoods through body language.

Financial Planner — In the old days, I imagine that I’d get paid physical currency, come home, give that money to my wife, and watch her put it inside her little purse. She’d use the money to buy all the needed things for the home while I focus on work. Today, I have to know if the Fed is going to raise interest rates or not, if the real estate market is going to implode soon, which cryptocurrency is best to “invest” in with my hard-earned savings, how to decipher the small print of an attractive credit card offer, how to identify obscure new tax laws that may apply to me, how to measure the current rate of inflation and how that will affect my spending, and on and on. I essentially have to become obsessed with money to carefully guard the money I have. I never intended to become a Jewish banker, but I tell you that today I am forced to have the mentality of one.

Audio-Visual Technician — I only want to live stream once a month. That seems easy enough, but live streaming is so technical that I have a pre-stream checklist of twenty items to avoid seeing the dreaded “I can’t hear you… there’s no sound” in the live chat. The intricacies of properly using a microphone have made my head spin, especially when you consider applying filters like compressors and noise gates, but after several years of streaming, I think I know what I’m doing. I have installed a live stream setup for a church and know how to record speaking events with two cameras and reasonable sound. If you have audio questions, I may be able to help.

Fake Prophet — Not a week goes by that someone asks me—in a tone where it’s clear they will accept whatever I say as fact—what I think will happen in the future. But how could I possibly know? I didn’t predict the pandemic, the Great Reset, the ensuing inflation, or the supply shocks. God has not enlightened me with visions or signs of the future, so the best I can do is look at the past, measure the stepwise advancement of evil, and logically extrapolate what will unfold in the next few years. I’m hesitant to share what I think will happen because, more likely than not, it will put someone in despair, and will not change the fact that one must grow in the faith more than prepare for dystopian scenarios devised in the mind of Satan.

In casual conversation, I’m expected to share my opinion on everything under the sun, but even what I do know is but a drop in the ocean of knowledge. Why must I know everything? Why must I have an opinion on all things? Yet how disgruntled people are when I respond to their questions with “I don’t know.” They ask me again, and I repeat, “I don’t know.” I do not hold the knowledge you seek! I’m not hiding anything from you! And as for your unique situation, of which I have no experience, I do not have an opinion on the matter at all and can offer not a speck of knowledge to your profit. All I am truly qualified to do is evaluate your piece of prose writing and tell you if it’s decent or not.

I try to prioritize domains of knowledge that concern material survival and spiritual growth, but it is easy to veer out of my lane and crash into all that is vain and inapposite. Why do we spend countless hours every week reading articles and watching videos that will have no relevance in our lives just to offer a factoid or opinion during times of idle chatter? I don’t know, but I continue to do it! And maybe it will be you who asks for my thoughts on some random topic. You will ask, “Roosh, is organic milk worth the extra price over non-organic milk? Is it healthier?” You’re in luck, because I happened to have researched that topic, and my answer is…

After I graduated from the University of Maryland with a degree in microbiology, I began a career as an industrial microbiologist. A couple of years later I started a local blog called DC Bachelor, and lived in constant paranoia that my employer would bust me for the macho content. Eventually I changed the name to Roosh V because I no longer cared about getting fired.
Six years into my career, and a little over two years after I started DC Bachelor, I quit my job and finished my first book called Bang, a textbook for picking up girls. Afterwards, I spent six rough months in South America, which I detailed in my second book, a memoir called A Dead Bat In Paraguay. I then spend the next ten years living a nomadic life, mostly in South America and Eastern Europe.
I’ve released nearly twenty books since 2007 but unpublished most of them in 2019 after receiving the gift of faith and returning back to my baptismal church. Click the play button below for a cinematic overview of my life (contains brief moments of adult content)…