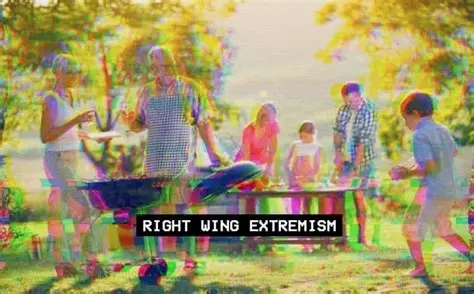 The Solution To the GQ (Groomer Question)

My take on the “Groomer Question” (GQ) is really very simple: if the Regime wants to play the indoctrinate children game we’re going to do it better and create a generation of crusaders for Christ.

Try and stop us, lol.

The right needs to immediately build on the momentum of the anti-groomer and anti-CRT movement that is happening in small local communities across the country and push the Overton Window even further. Now is not the time to cheer from the sidelines, it’s time to get in the arena and win.

Nickelodeon seems obsessed with promoting mentally ill men in dresses to children. In June of last year they introduced “The Meaning of Pride” music video which featured a mentally ill man in a dress and makeup promoting liberal causes.

Is this the country we want to live in?

Is this the content we want our children consuming?

This is only happening because we are allowing it to happen.

It should come as no surprise that the Enemy is indoctrinating your children in public school. It’s been going on for a half a century. Christian Recontructionalists like R. J. Rushdoony spent decades trying to warn us what was coming and proposed the solution in the form of the homeschooling movement.

I was homeschooled in the 7th grade by my mom. It was an incredible year and something I will never forget. I was often bored out of my mind in public school and excelled with little effort, which continued when I returned to public school in the 8th grade. The 7th grade was different. That year I had a teacher who cared more than any teacher in public school ever could and it made all the difference.

The bottom line is you need to get your children out of the public schools, but that is only one part of the longterm solution and plan. We need to organize a total and complete takeover of the local school boards. Anti-groomer and anti-CRT parent advocates must boldly make their presence known at the school board meetings. Then take control of that school board in the voting booth. We must not only care about the education of our own children, but also the education of children in our community–our children’s peers.

We must also fight for school choice at the state and local levels. There is no reason we can’t start our own Christian schools as an alternative with a Classical Christian education approach. I can’t stress enough how important this issue is and how urgent it is that we take powerful corrective action to protect our children.

Many parents are rightfully concerned and scared about what is going on in our education system, in our culture, and in our country. But I have hope. The type of hope that only comes from the love of Jesus Christ. We are going to win because we serve a God who is unstoppable. His people have been awakened and activated. It’s time to get to work and build.

You know one thing no one is talking about with this whole Groomer Question is that indoctrinating two generations to avoid procreation will result in those generations avoiding procreation. Those in power now should enjoy it while it lasts, because those of us who procreate will inherit and influence the future by default.

Our children won’t be attending Regime schools, they will be educated at home or in a Christian setting.

They won’t consume Regime media, they will watch and create wholesome Christian content.

They won’t participate in Regime delusions and lies, instead they will live in the Truth of God’s Word.

They won’t be using Regime social networks and internet services, they will be on Gab.

They won’t be using Regime Petrodollars, they will be using bitcoin.

Most importantly: they will fear and love the Lord, their family, and their country.

Total and complete victory is inevitable.