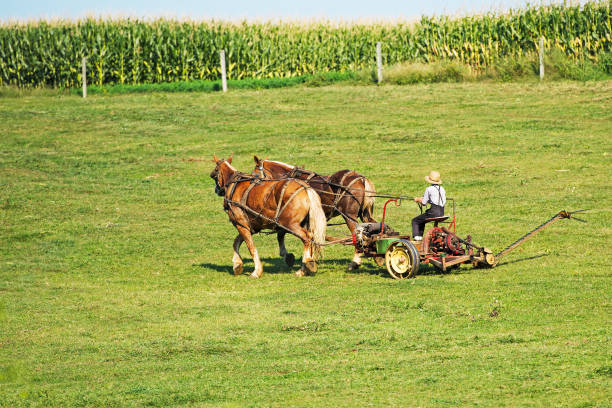 “Amos Miller Organic Farm is our century-old Amish family farm in Bird-in-Hand, Pennsylvania – serving its Private Member Association. The farm raises its animals and other pure foods the way nature intended and we are proud to be entirely chemical, cruelty and GMO-free. The animals are born and raised without antibiotics or hormones and they spend their entire lives naturally and stress-free out on pasture. All of the farm’s food is traceable, pure and grown on nutrient dense soil, under traditional time-honored methods.

The farm is now under attack by the USDA about non-conforming practices, the practices which pre-date the USDA. They are suing the farm to comply with USDA laws, concerning the way the farm animals are processed and how our food is labeled. The farm and its members believe that we have the right of free assembly and the right to choose how our food is processed and consumed without the USDA dictating to the farm.

Miller’s case has been making its way through the court system since 2016 when the U.S. Department of Agriculture’s Food Safety and Inspection Service (FSIS), represented by the U.S. Department of Justice, filed a civil action requiring Miller and Miller’s Organic Farm to comply with federal meat and poultry food safety statutes.

The USDA wants Miller to operate under the “Federal Grant of Inspection” before slaughtering, preparing, processing or selling for distribution certain meat and poultry products.

Miller had been slaughtering animals like cattle, chickens and pigs without federal inspections of his operation for several years. He argued that his business model of selling private club memberships to his Miller’s Organic Farm exempted him from federal regulations.

The DOJ won permanent injunctions against Miller in civil actions closed out in March 2017 and November 2019, while the FSIS later found Miller again out of compliance.

Another case was opened in 2021, and Miller was working on the compliance issues. He was eventually forced to stop selling most meat and poultry products earlier this year.

Late in 2021, Miller asked to remove his lawyer, Dallas-based attorney Steven Lafuente, from the case. Judge Edward G. Smith did not accept the motion to withdraw Lafuente.

Miller filed an “interlocutory appeal” with the Eastern District Court on May 10, which was assigned to the Third Circuit Court. In the appeal, Miller challenges Judge Smith’s decision to retain Lafuente as his lawyer.

The appeal charges that Judge Smith determined “that Amos Miller does not have the right to choose his own attorney” and that the decision was made in “error” and that the “judge was acting irrationally and beyond the confines of public policy.”

Miller and his wife, Rebecca, were originally set to appear before Judge Smith on Sept. 26 in the U.S. Courthouse in Easton for a show cause hearing to consider adding Rebecca as a defendant in the case, to examine compliance of paying $305,065 in fines and the possible incarceration of Amos “for his continuing civil contempt, until defendants make such payments.”

Christian Nationalism is not merely a political movement, in fact it is primarily a spiritual and cultural one. This farmer is an example for us all. He built his own operation and works the land to provide for his family as God intended. This is what true Christian Nationalism looks like. Soverignty. Sustainability. Liberty. That is why it is so important for us to get this story out there and support this farmer in any way that we can, even if it’s as simple as saying a prayer for his family.

After this story went viral on Gab Tucker Carlson picked it up and finally many people are starting to pay attention. I encourage you to read the full coverage above and watch this segment from Tucker. Please share it with a friend and keep Amos Miller and his farm in your prayers.

You can also donate to a GiveSendGo campaign that was set up for the family here.