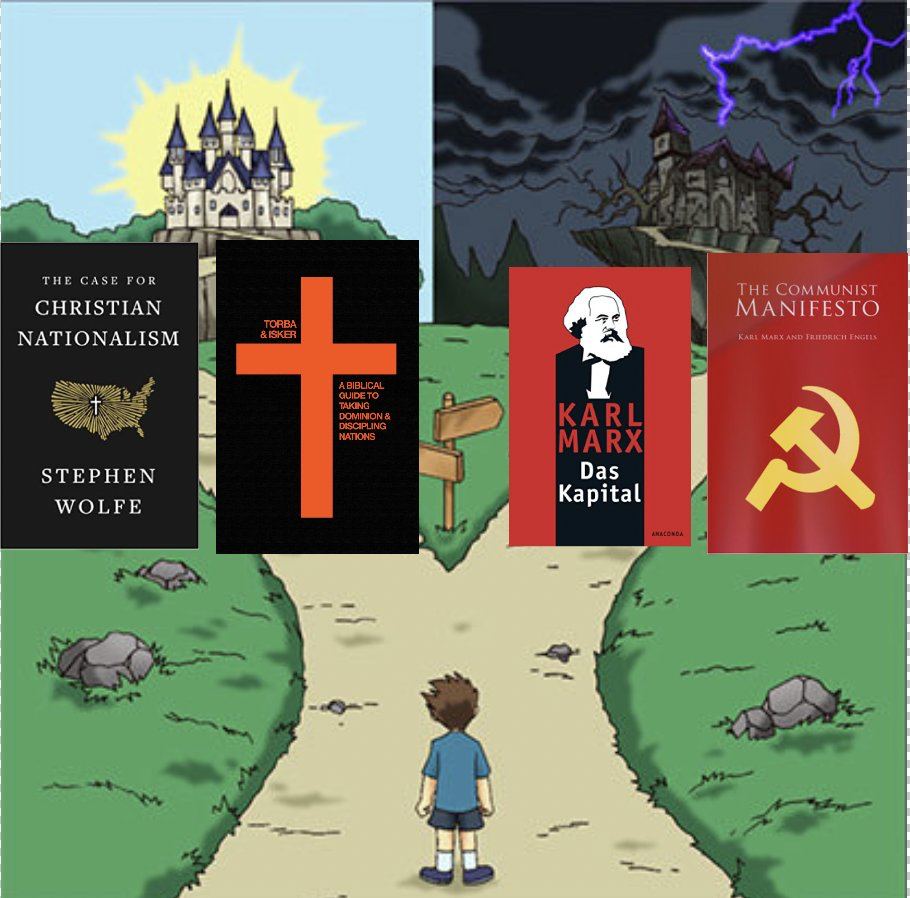 Christian nationalism can be summarized by this: God instituted governments to promote good and punish evil and it is a duty of the Christian to inform the magistrate of what God calls good and evil. This is because Romans 13 details that the government is established by God and is His minister. Uncoincidentally, the word “minister” used here is the same word used for both deacon and servant— “diakonos”; the Christian then must inform the rulers on how they are to honor God with laws that promote good and punish evil.

Many have claimed that Christian Nationalism is about instituting a theocracy when nothing could be farther from the truth. God created three institutions, the Family, Church, and Government as distinct institutions with unique roles. The role of the government is detailed in Romans 13:3-4 as “Rulers are not a cause of fear for good behavior but for evil… for it is a minister of God, an avenger who brings wrath on the one who practices evil.” Governments have been ordained by God to promote good and punish evil and they do this by instituting just laws. Since good and evil are defined by God, it is the Christian’s duty to inform rulers on how laws are to honor Christ.

The distinction between Christian Nationalism and Theocracy can be made because Christian Nationalism is about enforcing the second table of the Law and not the first. When God gave Moses the Ten Commandments (Exodus 20) the laws were divided into two tables. The first table, commandments one through three, dealt with God’s relationship with mankind and proper worship. This is administered through the body of Christ with the Church. The second table of the law, commandments four through ten, deals with man’s relation to his fellow man. This is basic civil law which is the duty of the government to enact. Since Christian Nationalism is about proper enforcement of the second table of the law Christians from varying traditions can unite around it as it does not involve the institution of laws regarding proper worship.

While it has been made clear that Christian Nationalism is about instituting just civil laws, some have thrown out the accusation that Christian Nationalists want to force conversions. Only the Holy Spirit has the power to draw sinners to Himself. However, when a government’s laws are based on God’s word those who transgress them will know they have broken God’s law. The Apostle Paul said in Galatians 3:24 that “the law is our tutor to bring us unto Christ, that we may be justified by faith.” The Law does not save us but it teaches us we need to be saved. This is the first step in telling people they need the Gospel as they cannot know the good news without first understanding their depravity and need for a savior. Having civil laws based on God’s word will in turn teach people they need a savior.

Christian Nationalism is not uniquely American, nor is it about spreading Americanism. God calls all the nations to honor Him. However, different nations are made up of unique people with a specific culture so it may look slightly different in the cultural context but all nations must have laws that honor God by promoting good and punishing evil. For example, Poland declared Jesus Christ as “King of Poland” on December 20th, 2016. Some nations like the United Kingdom are still monarchies which would make the process for how governments promote good and punish evil look different. This has led some to think Christian Nationalism is a threat to democracy; thankfully, in the United States, we have a Republic. Nonetheless, if by “democracy” they mean killing unborn babies, “gay marriage”, trans’ing the kids, and normalizing pedophilia then, they would be correct in their assertion that it is indeed a threat to their so-called “democracy.” This is because these heavily promoted narratives go directly against God’s law. Their highly coveted “democracy” is typically just a sleight of hand to implement the progressive agenda.

Some have claimed that being a Christian Nationalist means only caring for your own country. This has been a result of the post-war liberal consensus that the only way to properly love other nations is to first hate your own. Scripture does not tell us to love our neighbor by hating our own family, but tells us the exact opposite when the Apostle Paul states in 1 Timothy 5:8, “But if anyone does not provide for his own, and especially for those of his household, he has denied the faith and is worse than an unbeliever.” Paul is saying that even the pagans take care of their own so how much worse is it that Christians don’t take care of their own? This principle can be applied at the national level as well because the nation is a large group of people with common descent and shared culture. If even non-Christian nations take care of their own, how much worse would it be for a Christian nation to not take care of its own?

Over time Christian Nationalism will result in a people and nation that develop laws that explicitly protect Christians and Christian worship. This has caused some to assert that “the Church flourished under persecution.” Christ will build His Church in any political environment because His Gospel conquers human hearts regardless of their kings. Just because the early Church suffered under persecution it is not prescribing persecuting governments to spread the Gospel. Christ said in Matthew 5:10 “Blessed are those who are persecuted for righteousness sake, for theirs is the kingdom of God.” This means it’s a blessing to be persecuted because it means the world identifies us with Christ. It’s a blessing to be in Christ and persecution is evidence of that blessing but Christ is not prescribing Christians to make governments that persecute them.

While it is true that the Global Church has survived and continues to survive under persecution, some environments are more hostile to the Gospel than others. This is what David Innes stated in ‘Christ and the Kingdoms of Men’ when he said:

“While civil governments can neither generate love nor coerce it, it can do what is within its sphere of competence: to protect the spiritual environment, conditions favorable to cultivating that love for God. In doing this, it is not doing the work of the Church but only removing impediments to an accommodating environment for the work.”

Since we live in a Republic it would be quite foolish to vote for our persecution; however, it is also about creating an environment favorable to the Gospel. However, we should make the distinction between prescriptive and descriptive passages in scripture about government persecution.

Conflating Christ’s heavenly Kingdom with an earthly kingdom has caused many to point out that Christ said, “my kingdom is not of this world.” This is true; however, “The statement, “My kingdom is not of this world,” relates to the origin of Christ’s kingdom, not the location. The authority and power of Christ’s kingdom are drawn from a source outside of this world– from God our heavenly Father. Christ’s headship is not of human origin but divine. Christ has authority not because the people of a nation elect Him as King but because God has given Him this authority as we see in Matthew 28:18 where Christ says, “all authority in heaven and on earth has been given to me.”

Christ then issues the Great Commission to disciple the nations. As Pastor Andrew Isker has pointed out “the verb is “mateteusate” (disciple) and the direct object is “ethne” (nations).” This means that Christians are to teach the nations which involves teaching the magistrate. However, even those who claim this is only a call to “make disciples of individuals” the result is the same as the nations will be filled with Christians. As Christians make disciples in these nations and of these nations the natural conclusion is for Christians to end up in political seats of power, just as with Constantine. However, many Christians think Christians should not seek political power. This is quite foolish as it’s saying that it would be better for pagans to run the country. If the saints will judge angels they certainly should be able to handle affairs in this realm.

Recent events have caused some to equate the blasphemous book “President Donald J. Trump, The Son of Man – The Christ”, with Christian Nationalism. Nothing could be further from the truth and no serious Christian Nationalist is advocating this. As in Psalm 2, Christian Nationalism is the call for all rulers to kiss the Son and honor Him with how they rule. Governments and their rulers are ministers of God and subjected to Him. Statism elevates the State to God as they become the final authority.

Based on all of this, many have claimed this is no different than basic Christianity and historic protestant political theory, and in this assertion, they would be correct. However, if you believe abortion must be banned and mutilation of children with “gender transition surgeries” must be ended then you’re going to be called a Christian Nationalist. Embrace the term. We’re all Christian Nationalists now.