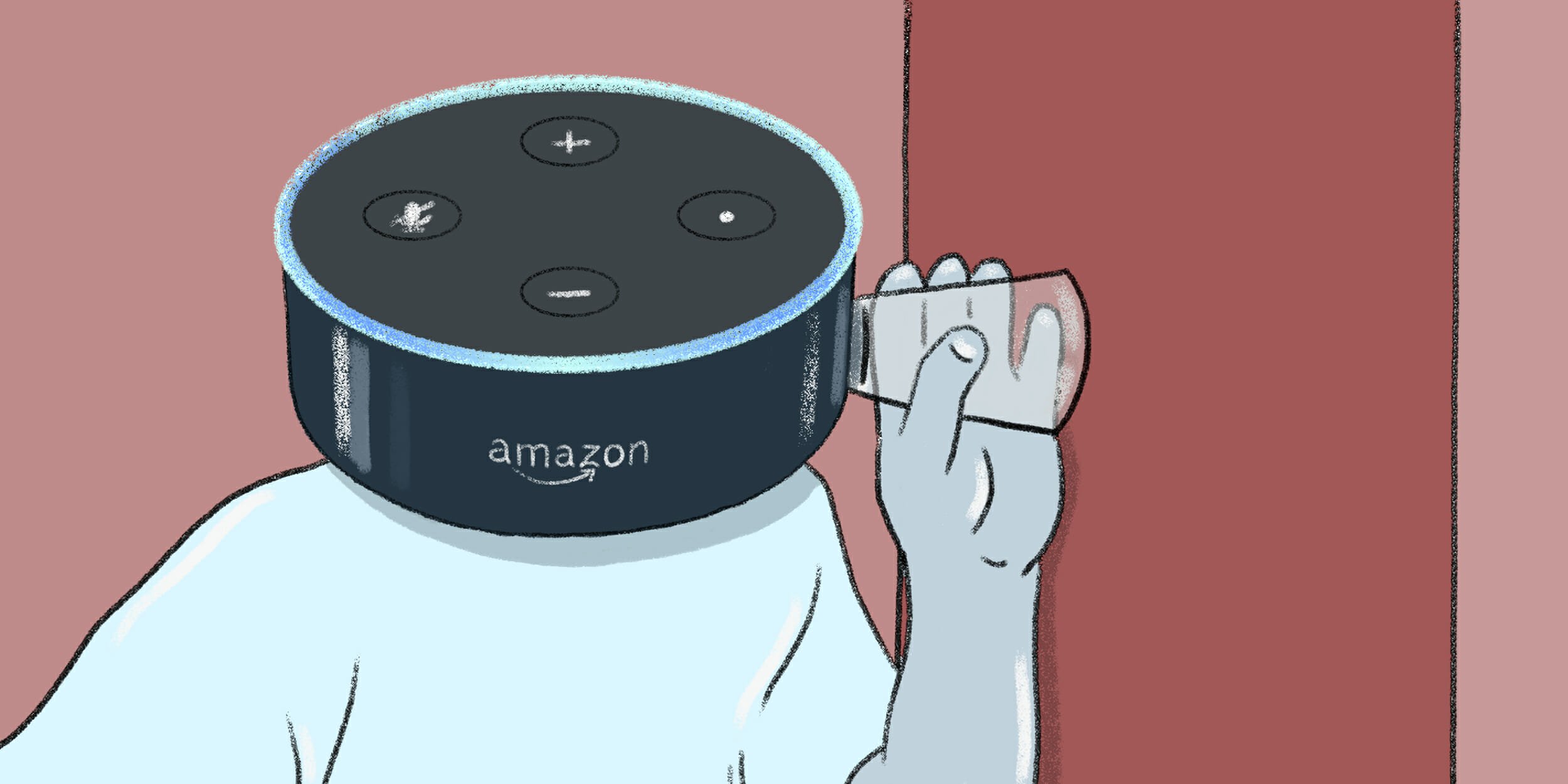 If you have any of the Big Tech spy devices in your home: you are a moron. Why on earth anyone would want a device that is always listening, always watching, in their home 24/7 is beyond me. I really can’t grasp the stupidity of people who own these devices.

I recently got an Amazon Alexa for free after signing up for an internet package. I’m going to take it out back and use it for target practice. Perhaps that will get me “red flagged” and the government will come and take my guns. According to a new report, the Trump administration is considering the possibility of using these devices to determine whether or not you should own a gun. Please be smart folks. Get these Big Tech spy devices out of your home.

The Trump administration is considering a proposal that would use Google, Amazon and Apple to collect data on users who exhibit characteristics of mental illness that could lead to violent behavior, The Washington Post reported Thursday.

The proposal is part of an initiative to create a Health Advanced Research Projects Agency (HARPA), which would be located inside the Health and Human Services Department, the report notes, citing sources inside the administration. The new agency would have a separate budget and the president would be responsible for appointing its director.HARPA would take after Defense Advanced Research Projects Agency, or DARPA, which serves as the research arm for the Pentagon.

The idea was first crafted in 2017 but has since gotten a renewed push after mass shootings killed 31 people in El Paso, Texas, and Dayton, Ohio, in August.The Suzanne Wright Foundation approached the president recently and proposed the agency include a project called Stopping Aberrant Fatal Events by Helping Overcome Mental Extremes, or Safe Home, the report notes, citing two people familiar with the matter.President Donald Trump has a close relationship with Bob Wright, who founded the foundation after his wife died of cancer.

Wright was a former chair of NBC and occupied that position while the president hosted “The Apprentice.” (RELATED: 20 People Dead After El Paso Shooting, Governor Says)HARPA would develop “breakthrough technologies with high specificity and sensitivity for early diagnosis of neuropsychiatric violence,” according to a copy of the proposal. “A multi-modality solution, along with real-time data analytics, is needed to achieve such an accurate diagnosis.”

The logos of Amazon, Apple, Facebook and Google are seen in a combination photo from Reuters files. REUTERS/File PhotoThe document lists several technologies that could be employed to help collect information, including Apple Watches, Amazon Echo and Google Home. Geoffrey Ling, the lead scientific adviser on HARPA, told reporters Thursday the plan would require enormous amounts of data and “scientific rigor.”He added: “Everybody would be a volunteer. We’re not inventing new science here. We’re analyzing it so we can develop new approaches.”

The White House declined to provide the Daily Caller News Foundation with a statement but sources told WaPo that Trump has reacted “very positively” to the proposal — it is unclear if he has seen the Safe Home idea.Google and Amazon have also not responded to the DCNF’s requests for comment.Trump said mentally ill people are responsible for the uptick in mass shootings. “I do want people to remember the words ‘mental illness.’

These people are mentally ill. … I think we have to start building institutions again because, you know, if you look at the ’60s and ’70s, so many of these institutions were closed,” he said on Aug. 15. The president has also floated the possibility of supporting background checks.The president has an icy relationship with both Google and Amazon. Trump told his Twitter followers Monday that Google manipulated votes to help former Secretary of State Hillary Clinton ahead of the 2016 presidential election. “My victory was even bigger than thought!” he added. Amazon CEO Jeff Bezos has long been a whipping boy for the president.

Source: Trump Admin Is Considering Using Amazon Echo And Apple Watch To Determine If Citizens Should Own A Gun | The Daily Caller